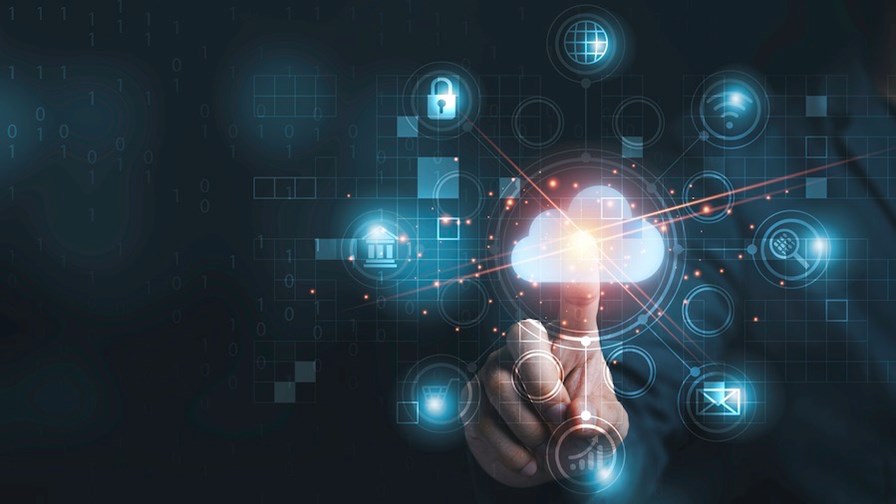 The shift by communications service providers (CSPs) towards cloud-enabled and digital platforms continued apace in 2022, changing the face of telecom and driving major industry developments. This year had it all, as CSPs struck deals with major hyperscalers, further embraced disruptive technologies such as artificial intelligence (AI), machine learning (ML), embedded SIM (eSIM) and augmented reality (AR), and even developed their own digital service provider (DSP) platforms in the search for new business opportunities.

So what were the most popular articles to be found in our Digital Platforms and Services channel in 2022?

12 July 2022: Deutsche Telekom became the latest influential telco to work even more closely with Google Cloud on mission-critical operations related to the mobile core and data analytics by piloting some 5G standalone core functions for the Magenta Telekom operation in Austria on Google Distributed Cloud Edge. The operator was also set to “trial Google Cloud’s data analytics, artificial intelligence (AI) and machine learning (ML) solutions in a joint proof of concept in order to improve actionable insights and better understanding of customer needs, and optimise offerings.” Read the full story.

2. “The telco cloud is a nightmare,” says Orange tech exec

15 September 2022: We’re continuing with a reality check for the telcos and their cloud strategists from Laurent Leboucher, group CTO and SVP at Orange Innovation Networks. He highlighted the complexity of key endeavours that most mobile operators are undertaking, and called for the industry to figure out more streamlined processes and uniform supporting platforms. “Just think that, for instance, when we deploy 5G SA [standalone] in six European countries within Orange, just for the functions around the core – each time we have specific infrastructure, so we are still working in a vertical way with our vendor partners. This is not the way to transform ourselves and we need the industry to move to something which is different,” he insisted. Leboucher wants the telco cloud to be a “commodity” that should be “available, flexible, extremely robust, extremely easy to operate”, and enable the implementation of different network functions. Read the full story.

30 May 2022: This year was also notable for one of the biggest acquisitions in the tech sector’s history – VMware’s planned takeover of Broadcom for a whopping $61bn. Some industry analysts suggested this might not be the best option for VMware, noting it would be more sensible to seek offers from the likes of Alphabet (Google), Cisco, IBM or Intel. Seeking Alpha, a content service for financial markets, claimed that VMware would be an “ill-fit” for Broadcom as there is a lack of synergies between the two companies. But there’s a chance the deal might never close, as the acquisition is currently pending clearance from regulatory bodies and is under investigation by the European Commission and UK’s Competition and Markets Authority. Read the full story.

20 September 2022: Network vendors are under increasing pressure as network operators turn towards cloud-enabled software platforms. One potential threat comes from Jio Platforms, the digital business unit of Indian conglomerate Reliance Industries Ltd (RIL) that counts mobile and broadband operator Reliance Jio as part of its portfolio: It has developed a platforms-as-products (PaPs) strategy that, it hopes, will enable it to sign up telco and enterprise customers worldwide that are seeking cloud-enabled, virtualised and open functions and applications. At this year’s Digital Transformation World event, Kiran Thomas, RIL president and CEO, and Anish Shah, president and chief operating officer (COO) at Jio Platforms, explained how the Jio architecture has been built on a set of platforms, including a big data platform, an intelligence layer AI/ML platform, a digital API platform and others. Of course, Jio isn’t the only example of a telco player looking to market its digital platforms to other operators... Read the full story.

1 March 2022: After acquiring AT&T’s Network Cloud last year, Microsoft Azure unveiled a “next-generation hybrid cloud platform for operators”, suitable not only for AT&T but any other network operator as well. The solution can run in Azure’s public cloud or on a telco’s own cloud systems. Azure has also launched Azure Operator 5G Core, Azure Private 5G Core, and Azure public MEC. Read the full story.

28 October 2022: Amazon Web Services (AWS) and Microsoft Azure continued to dominate the enterprise cloud infrastructure services market in the third quarter of 2022, but notably, Google Cloud was the one gaining market share. According to data from Synergy Research Group, the market was worth US$57.5bn, with the largest player being AWS with a market share of 34%, followed by Microsoft Azure with a 21% share and Google Cloud (11%). The latter was the only one among the top three players to have seen its market share increasing sequentially. The global market was expected to be worth more than $220bn for the whole year. Read the full article.

8 September 2022: Operators were sent a very clear warning signal following the entry of an eSIM-only Apple iPhone 14 series model in the US, a move that should spark CSPs into action, according to the analyst team at industry research house GlobalData. Removing the physical SIM card support for some devices, which makes it easier for users to switch service providers, is seen as a “turning point in the mobile carrier industry” and a “disaster for ill-prepared carriers”. And even though eSIM has been available for years, this appears to be the first major move forcing mobile operators in the US to support eSIM activation if they are to lure iPhone 14 users as their customers. The smartphone vendor’s move demonstrates “the start of a new era of digital connectivity competition”, according to GlobalData. Read the full story.

13 April 2022: Tech giants Google Cloud and the Linux Foundation joined forces to form a project, dubbed Nephio, to address one of the biggest challenges in the communications services provider (CSP) sector – automating key processes around the onboarding and running of functions on a distributed telco cloud. Nephio is an open-source project, based on Kubernetes at the heart of developments, that “aims to deliver carrier-grade, simple, open, Kubernetes-based cloud native intent automation and common automation templates that materially simplify the deployment and management of multi-vendor cloud infrastructure and network functions across large scale edge deployments”. The move is backed by the likes of Bell Canada, Bharti Airtel, Elisa, Equinix, Orange, Rakuten Mobile, Reliance Jio, Telecom Italia, Telus, Vapor IO, Virgin Media O2, WindTre and others. Read the full story.

21 March 2022: This year saw moves by US operator Verizon and other telcos to develop new revenue opportunities from gaming and immersive content. For example, Verizon revealed it was working on an augmented reality (AR) adventure thriller that uses volumetric video (modern 3D holograms) to provide “an unbelievable immersive experience.” But while such moves could be deemed very exciting, ground-breaking applications enabled by AR and 5G are yet to be developed, according to some industry analysts, and operators’ use of AR for potential gaming service opportunities is still limited, noted Eric Abbruzzese, research director at ABI Research. Read the full story.

28 September 2022: Under new CEO Christel Heydemann, Orange is seemingly undertaking a full portfolio review. As Orange Business Services (OBS), the enterprise unit of Orange Group, recovered from a financial hit (having reported a near 50% drop in operating profit to €152m in the first half of 2022), its new chief, Aliette Mousnier-Lompré, outlined a vision to shift the company’s focus from core connectivity offerings to IT and integration services, such as cloud and cybersecurity, which are in high demand from business customers. She also outlined five value propositions which are believed to turn the tables for Orange’s business unit and save it from further earnings disappointment. Read the full story.

To find out which stories attracted the most readers across all of the topics we cover, see TelecomTV’s top 10 stories of 2022.