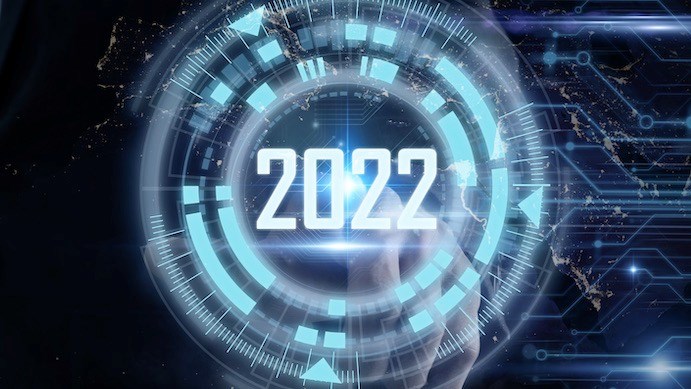 There’s no shortage of reasons why many people will say “good riddance” to 2022, a year of devastating aggression in Ukraine, worsening global economic instability and inequality, frightening meteorological events, increasing security threats and more. There’s a lot for the world to sort out.

One thing that has been increasingly clear in the past couple of years, though, is the critical role of technology, including communications networking and services, in addressing many of its challenges and enabling new opportunities the world over. The world needs reliable, useful and affordable communications – the telecom sector knows how to deliver that, as was proven during the global pandemic, but it also knows that much needs to change to ensure future user needs are met.

So what trends emerged from TelecomTV’s coverage of the industry this year? Obviously, any such analysis is skewed by what we decide to write about, but it’s clear that the relationship between the public cloud giants and telecom, the evolving network technology options for mobile operators and the impact of major high-level executive changes are all topics that have captured the attention of the industry in what has been yet another record-breaking year for TelecomTV’s website traffic.

27 October 2022: Rakuten Mobile and its CEO Tareq Amin are often in the spotlight in the telecom sector and it was no different in late October, following a media and analyst briefing held by Amin on the sidelines of the Fyuz event in Madrid. Amin was seemingly exasperated with some of Red Hat’s product support and business relationship decisions that, claimed the CEO, “killed my business model”, so he axed the vendor’s Linux operating system and turned instead to open-source software specialist CIQ and its Rocky Linux operating system. The move clearly caught the eye of the TelecomTV community as it became our most-read story of the year! Read the full story.

29 April 2022: Deutsche Telekom-backed MobiledgeX had grand plans to enable a new world of edge computing for mobile operators and their customers and was aiming to quickly become the de facto “trusted control plane… the common orchestration layer” for edge computing assets. But the telco community was more cautious, Covid-19 put a spanner in the works and the timeline stretched too far for the startup’s original supporters. Google stepped in to give MobiledgeX a new home and potential opportunity as an open-source development in the Google Cloud empire, a move that tied in with the hyperscaler’s ambitions, noted industry analyst Caroline Chappell. Read the full story.

13 October 2022: Regular consumers of TelecomTV’s video and written output will know that BT’s outspoken chief architect, Neil McRae, is a regular contributor to our summits and events (including the recent Great Telco Debate), but McRae became the subject of our coverage in October when the UK national operator announced his impending departure. McRae’s final day with BT is at the end of the year: It’s not currently known what he will do next, but his next steps are certainly the subject of much (red wine-fuelled) industry conjecture. Read the full story.

30 June 2022: This is the kind of development about which we never want to be reporting – job losses. In this instance, it was Open RAN technology specialist Parallel Wireless that decided it had no option but to undertake what one former employee has described as a “mass layoff”. A statement issued by CEO Steve Papa suggested the “pace of adoption of Open RAN” had been an issue that constrained Parallel’s growth. Read the full story.

12 July 2022: Deutsche Telekom became the latest influential telco to work even more closely with Google Cloud on mission-critical operations related to the mobile core and data analytics by piloting some 5G standalone core functions for the Magenta Telekom operation in Austria on Google Distributed Cloud Edge. The operator was also set to “trial Google Cloud’s data analytics, artificial intelligence (AI) and machine learning (ML) solutions in a joint proof of concept in order to improve actionable insights and better understanding of customer needs, and optimise offerings.” Read the full story.

10 January 2022: The combination of Deutsche Telekom and a major executive appointment was an attractive one for our readers at the start of the year, when Abdu Mudesir was named as the new group CTO, effective from 1 April. The very personable Mudesir, who had been with DT for less than four years at the time of this appointment, then took some time out of his busy MWC22 schedule in Barcelona to talk to TelecomTV in this exclusive interview. Read the full story.

16 June 2022: There aren’t too many new smartphone companies cropping up these days, so when one does emerge it tends to become something of a curiosity, especially when it sports a somewhat bold name choice and an unusual physical design, in that the casing of its devices are transparent enabling the inner workings of the device to be on full display. Read the full story.

14 October 2022: Hot on the heels of announcing Neil McRae’s departure, BT unveiled a broad shakeup at its Networks internal service unit that saw chief technology officer (CTO) Howard Watson extend his responsibilities into the security realm and the managing director of service platforms, Greg McCall, become chief networks officer, putting him at the helm of the Network Services team to “bring together the design, delivery, and operations teams across Networks.” Read the full story.

10. “The telco cloud is a nightmare,” says Orange tech exec

15 September 2022: And to round out the top-10 most-read articles of the year, a reality check for the telcos and their cloud strategists from Laurent Leboucher, group CTO and SVP at Orange Innovation Networks. He highlighted the complexity of key endeavours that most mobile operators are undertaking, and called for the industry to figure out more streamlined processes and uniform supporting platforms. "Just think that, for instance, when we deploy 5G SA [standalone] in six European countries within Orange, just for the functions around the core – each time we have specific infrastructure, so we are still working in a vertical way with our vendor partners. This is not the way to transform ourselves and we need the industry to move to something which is different,” he insisted. Leboucher wants the telco cloud to be a “commodity” that should be “available, flexible, extremely robust, extremely easy to operate”, and enable the implementation of different network functions. Read the full story.