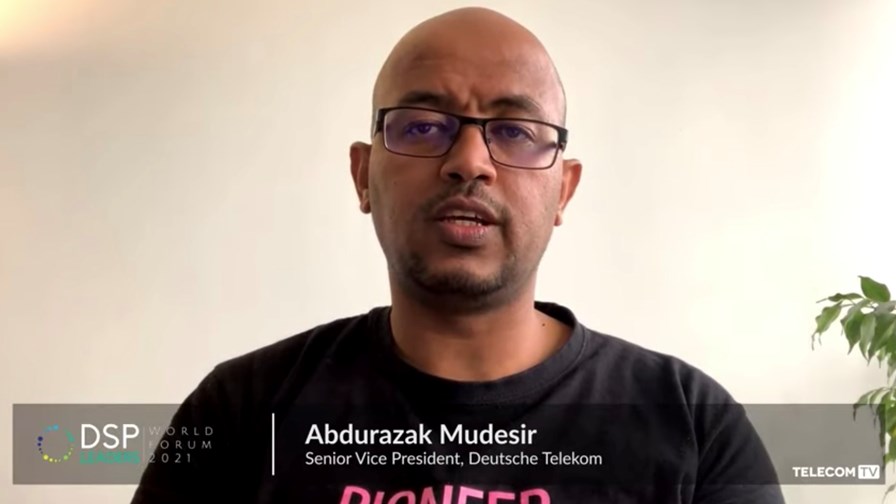 The move was announced by Claudia Nemat, DT’s Board Member with responsibility for Technology and Innovation, in a LinkedIn post: She highlighted various developments and achievements made during the past five years and noted that Mudesir would “take over from Alex Choi as Group Technology Officer starting April 1... Alex takes over Research, #TLabs [DT’s R&D unit] leadership and special projects. Big thanks to Alex and welcome, Abdu!”

Mudesir has been with Deutsche Telekom since April 2018: Previously he was with Huawei for almost six years in a number of roles related to 5G and technology product innovation and development, and prior to that with Altran, where he worked as part of the radio access network development team.

He was handed responsibility for Open RAN development at Deutsche Telekom in mid-2020 and discussed DT’s progress in this regard during an interview with TelecomTV in March 2021 as part of the DSP Leaders World Forum. (See Deutsche Telekom's Abdurazak Mudesir on the expanding Open RAN ecosystem.)

Choi, whose official job title at DT is Senior Vice President, Head of Strategy & Technology Innovation, has also been at the forefront of the Open RAN activity at Deutsche Telekom, as well as being the COO of the O-RAN Alliance: He recently commented on the importance of the Alliance’s plugfest activities.

You can see him discussing the potential of open, disaggregated network architectures during an executive interview with TelecomTV that was part of the Open RAN Summit 2020. (See DT’s Alex Choi on Open RAN and the Evolution of Telecoms Architectures.)