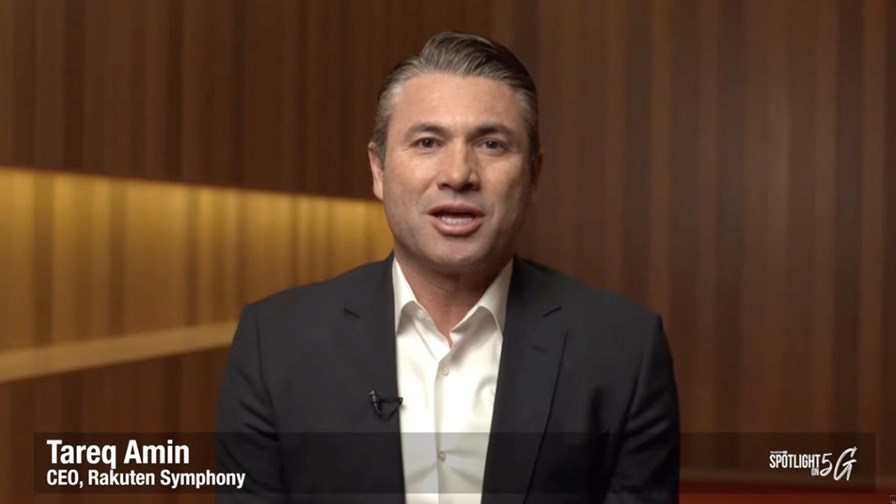 Rakuten Mobile has dealt a major blow to Red Hat by deciding to remove the vendor’s software from its mobile network platform in Japan following some product support and business relationship decisions that, according to Rakuten Mobile CEO Tareq Amin (pictured above), “killed my business model”.

Talking to reporters and analysts on the side of the Fyuz event in Madrid, Amin provided updates on a number of developments related to the Open RAN sector, Rakuten Mobile and the operator’s network software offshoot Rakuten Symphony, which is selling applications, network functions and systems integration and support services to other operators around the world.

When asked by TelecomTV about Wednesday's announcement from Rakuten Symphony that it was working with open-source software specialist CIQ to make its Rocky Linux operating system available and offer support for it, a move Amin described as “a return to true open-source principles, powered by open communities”, the CEO shared the reason for the decision.

“It is no secret who we were working with 13 months ago in terms of Linux operating system as well as virtualisation environment,” said Amin. And it wasn’t a secret – it was Red Hat, chosen because of its open-source principles and reliable software.

“Then when certain providers decided they will no longer support Linux as an open-source CentOS [a particular Linux distribution], meaning it was discontinued from a true open-source community and I'm told I’m going to be forced to pay a subscription fee, I think that's not right at all. I shouldn't be forced to pay subscription fees… I have no problem to pay support [fees]”, stated the CEO, but “I could not accept this idea that I had no choice, that I had to pay subscription fees – business-model wise, that would never work for Open RAN.

“I shouldn't be forced to pay on a per-CPU licence – that really killed my business model. Imagine the number of Open RAN appliances – if each one has an inflated subscription fee then I have lost the game to legacy vendors. So that's the primary reason I wanted to drive a new distribution,” he added.

So Amin sought out the original founder of CentOS, Greg Kurter, who created the Rocky Linux project after Red Hat terminated development of CentOS in late 2020. “I called him and… said ‘listen, I want to give you a shot and I'm willing to work with you’. So we worked with him for 13 months to build our real-time kernel to meet complex workloads with one condition: It has to be open source and it has to derive its characteristics from a large community,” he explained.

And it took a long time to get Rocky Linux to where Rakuten Mobile needed it. “To get Rocky Linux to deliver on the same performance of Red Hat for us was a 13-month process. It was not trivial… there are so many tweaks you have to do… and we took all of these tweaks we've done and we gave them back to the [Rocky Linux] community,” said Amin.

So what happens now? It’ll take a year but then Rakuten Mobile will run on Rocky Linux. “In Japan, we have a 12-month strategy to migrate all of Red Hat onto our own cloud alongside this new OS we want to deploy,” he said. “It’s taking that long because we have a live running network and we need to carefully migrate the workloads into our own environment, our own cloud. I don't want to disrupt our customer base. So I don't want to be ultra aggressive on this.”

And what about at Rakuten Symphony? Is Red Hat included in the work it is doing with other operators, for example at 1&1 in Germany, which has handed over the design, deployment and management of its greenfield 5G Open RAN network to Symphony? “In Germany, they [Red Hat] are out. We have the opportunity from day zero to build Rocky Linux the network.” That will also be the case for any other major contract wins for Symphony and, according to Amin, there will be news of some soon, though he can’t identify any right now as deals have not been finalised.

A Red Hat spokesperson said the company had nothing to add at this time.