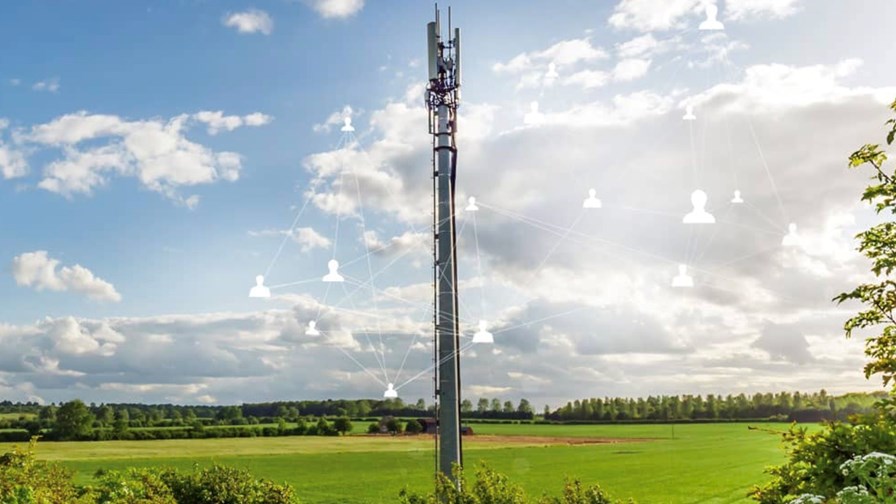 In today’s industry news roundup: A slice of UK towers firm Cornerstone worth £5bn could be up for sale; Rakuten’s Tareq Amin stirs the open-source pot; Red Hat aims to bring containers to edge devices with a new version of OpenShift; and more.

Telefónica and Liberty Global are considering the sale of their jointly-held 50% stake in UK towers operator Cornerstone, according to Bloomberg. Cornerstone was formed by the Spanish giant’s UK operation, O2, and Vodafone in 2012. Following the merger of O2 with Liberty’s Virgin Media last year, and Vodafone’s spin-out of its tower assets into Vantage Towers, Cornerstone, which is valued at about £10bn and has about 20,000 sites, is currently 50% owned by Telefónica and Liberty Global, and 50% by Vantage. According to the report, the operator partners are currently sussing out whether there would be any interest from potential buyers and, given the current demand for such assets (infrastructure investors and passive infrastructure specialists looking to gain scale have been spending billions on buying towers in the past couple of years), it’s hard to imagine there would be no interest. With a potential price tag of £5bn to buy a 50% stake, it’s likely that any ultimate interest might come from consortium partners that would spread the cost of funding such a major deal.

Tareq Amin, the outspoken CEO of Japanese operator Rakuten Mobile and its cloud-oriented vendor offshoot Rakuten Symphony, has clearly been frustrated with the state of open source, and he wants a reset to be able to support the needs of Open RAN deployments. So, Rakuten Symphony has teamed up with open-source specialist CIQ to make available and support the fabulously named Rocky Linux operating system so it can be used for managing demanding radio signal processing software workloads. “﻿Open source communities encourage innovation through collaboration. Without them, many of the technologies we take for granted today would never have [been] developed, or would be locked away behind patent law,” noted Amin. “Deployment of Rocky Linux represents a return to true open-source principles, powered by open communities.” That sounds like a bit of a wake-up call for the telecom sector’s open-source community. Read more.

Red Hat has announced a ‘lightweight’ OpenShift package called Red Hat Device Edge, which creates an edge orchestration environment using a stripped-down version of the OpenShift Kubernetes implementation. Based on the Microshift Red Hat-led open-source project, it is designed to deploy containers on small devices, such as robots, IoT gateways and point-of-sale terminals. According to the company, it’s aimed at organsations requiring small-factor edge devices with support for bare metal, virtualised or containerised applications, regardless of industry. A developer preview version is scheduled for early 2023, with full support due later that year. You can find out more from this press release.

After yesterday’s decidedly downbeat Surfshark report on internet inequality, which showed that Africa has the lowest internet penetration in the world as well as some of the highest broadband prices on the planet, comes a rather more optimistic alternative view from Stockholm, Sweden-headquartered Subtonomy, which provides AI-driven, real-time telecoms customer service assurance and network experience to operators. The company mainly serves the Scandinavian and Nordic markets but also has interests in Africa and has released its new report preparatory to next month’s AfricaCom conference in South Africa. Subtonomy’s report accepts that Africa has long suffered the gravest problems where the affordability and availability of modern telecoms is concerned but says that, because much of the continent is unencumbered by outdated legacy technologies, the advent and spread of higher-capacity mobile networks, cheaper handsets and tariffs and an eager, ambitious and technically savvy young population provide “a springboard for growth” that should foster an “African digital revolution” and result in booming African telecoms markets, in general, and in mobile, in particular. Despite its telephonic travails, Africa is already a world leader in mobile money and the continent’s rapid transition to a mobile-first, digital economy means that it is attracting ever more smartphone users. Furthermore, the International Telecommunication Union (ITU) forecasts that Sub-Saharan Africa will have 474 million internet users by 2025 and that e-commerce will be a major driver of further rapid growth. Connectivity in Africa is quickly improving as more and more new subscribers sign-up for services, but rapid expansion will put heavy new demands on already stretched networks as customer expectations rise. Thus, African operators will have to cope with the onboarding of large numbers of new customers and find cost-effective ways to support them while they transition from 3G to 4G, from feature phones to smartphones, and from simple to complex service offerings. What’s more, network operators will have to sweat the maximum possible value from their existing assets to keep costs down, even as they deploy expensive new infrastructure and minimise the disruption that moving up generations of mobile technology inevitably causes.

As in many other parts of the world, Canada has been caught on the hop by the speed with which the industry is changing, leaving regulators struggling to catch up. Now, pressure is mounting for a root-and-branch reform of Canada’s competition laws to enable them to keep pace with a high-speed, high-tech economy. This will require a complete restructuring of the country’s highly-centralised regulatory institutions – and that’s the political hot potato. Currently, the regulatory framework is pretty basic with the Federal Competition Bureau being the sole investigator and enforcer of Canada’s competition laws and the system is creaking at the seams. Indeed, the body has not pursued an “abuse-of-dominance case” for more than five years now, despite increasing public disquiet about a drift back to de facto quasi-monopoly domination in the telecoms sector. For example, there is growing concern about the ongoing complexity and direction of the contentious Rogers/Shaw telecoms merger case. The volume of complaints about the lack of public information updates on this and other cases is increasing and the debate on the future shape of a renewed and revivified regulator (or regulators) is getting more strident. There are two main schools of thought on what changes should be made. One is to increase, diversify and decentralise the regulatory environment by creating new bodies and, perhaps, handing some federal power over to the provinces while ensuring any such devolved changes would be complementary to the requirements of the federal government. Such a programme would also require the restructuring of Canada’s first-stage competition court, either to expand its remit or simply do away with it altogether. The second possibility is the establishment of an “integrated regulator” with the sectoral expertise and power to ensure that competition in the telecoms sector (or any other sector come to that) does not atrophy to the extent that it prevents any moves towards the re-establishment of de facto monopolies. Either way, something needs to be done quite quickly, but whether it will be or not is another matter.

Two Chinese nationals have been charged by the US authorities with attempting to obstruct a criminal investigation into the activities of Huawei, reports CNBC. They are accused of offering bribes, in bitcoin, to a US official who turned out to be a double agent working for the FBI, according to the US Justice Department. The investigation in question hasn’t been revealed but is thought most likely to be the probe opened in July over concerns that Huawei was using cell tower equipment to transmit sensitive data to China.

AT&T Mobility customers may be eligible for a share of a $14m million pay-out the company has accepted to settle a class action, but there’s a possible catch, or two. The deadline for claiming is only days away (29 October 2022 to be clear – which is more than AT&T was) and you have to be a postpaid AT&T customer living in California, thanks to that state’s California Consumers Legal Remedies Act, which protects residents against "false advertising, fraud, and other unfair business practices". The unfair business practice at issue was an oldie but goodie: The corporation had failed to notify customers that they were being charged $1.99 a month ‘administrative fee’, instead burying the item in bill statements. The plaintiffs argued that this was really a way for AT&T to increase its basic rate "without having to advertise higher prices". But there’s another let-down in this story: According to CNET, the way the payments are to be calculated involves sharing out the $14m equally to all the qualifying applicants who manage to hit the deadline, which means the payments could be as little as $20 a pop. AT&T disputes the finding against it and says it only settled to avoid lengthy and expensive litigation. So perhaps not really a victory for the state and a warning to other corporations not to try the same trick after all.

The European Telecommunications Standards Institute (ETSI), sited snugly in the hills above the French Riviera, has released a new set of specifications that will enable multiple accounts and identities to exist in the same smartphone handset without the need for any physical SIMs to be housed within the device. Independent and not-for-profit ETSI has been working on the new spec for some time, subsequent to the GSM Association’s touting of its eSIM standard, which would permit the embedding of an electronic equivalent of the SIM card in all handsets and thus do away with the rather cumbersome and space-hungry physical SIM cards, making it simple and quick for users to switch between networks. However, although various mobile network companies have welcomed the concept of the eSIM and even gone so far as to trial a few, the reality is that the technology remains an experimental work in progress. ETSI’s specification is definitely a step in the right direction in that it will do away with the current cumbersome requirement for handsets to house two SIMs to enable two accounts to be run from the same mobile phone. Denis Praca, chairman of ETSI’s SET group, said: “We are excited to release new versions of several UICC Release 17 specifications that can benefit so many users. This is a breakthrough for end-users who will easily be able to use multiple services and for service providers to deploy their applications on a single mobile device, with the benefit of the long-term recognised security provided by the UICC.” The SET group develops and maintains specifications for the secure element (SE) in the universal integrated circuit card (UICC) or the service switching point (SSP) and its interfaces with the outside world for use in telecoms systems. The UICC identifies a user to a wireless operator to enable it to match the user identity to a specific service plan. It can store contacts and enable a secure and reliable voice and multmedia data connection, global roaming and remotely add new applications and services. “The next stage for us at ETSI, is to get mobile network operators and secure application providers to come forward and work with us to create the applications that will run on the ETSI developed platform,” added Praca. It could be quite some time before that actually happens.