Gaming and AR – a gold mine for telcos? 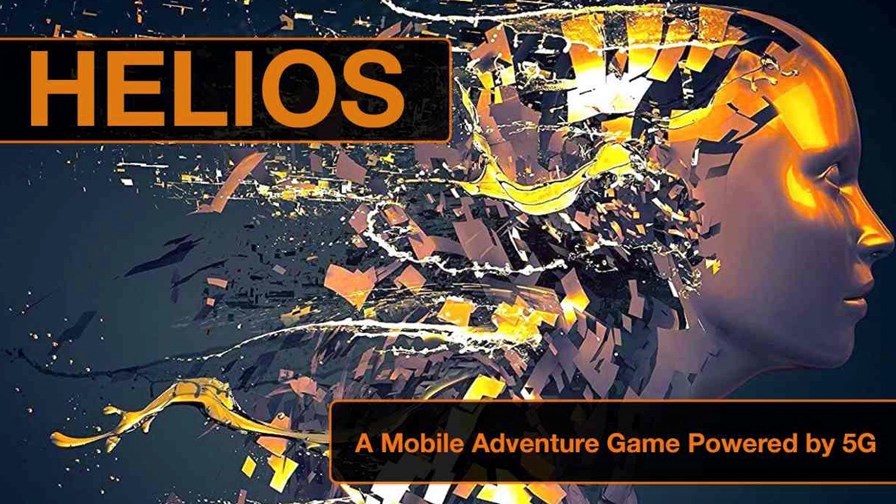 Telecom players are increasingly looking to the gaming sector for new revenue opportunities, but disruptive and ground-breaking applications enabled by augmented reality (AR) and 5G’s combination of high data throughput and low latency and are yet to be developed, according to industry analysts.

With the heat now on for telcos to identify ways to get a return on their 5G investments and develop new opportunities using the capabilities the latest mobile broadband generation has to offer, there has been plenty of activity in this area in recent months. Last week, US operator Verizon unveiled work on an AR adventure thriller that uses volumetric video (modern 3D holograms) to provide “an unbelievable immersive experience.” The production, called Helios, is being developed in partnership with immersive studio Novelab and 30 Ninjas, a digital entertainment company co-founded by film director and producer Doug Liman.

Supported by Verizon’s 5G Ultra Wideband 5G service, the immersive experience will allow users of 5G-capable Android and iOS smartphones to follow the plotline of a missing character and uncover the mystery by navigating the story and piecing clues together.

Verizon noted the user’s 5G device will act as a “portal to the metaverse,” letting players move around an AR version of their physical space and hack so-called “glitches” to unlock more bits of the narrative and unravel more clues about the plot.

Verizon’s 5G Ultra Wideband network plays its role by providing low latency and high capacity which, according to the operator, will result in “seamless interactivity, fast download speeds and high-quality visuals to invite the user into a truly immersive narrative that expertly blends cinematic storytelling with interactive gamification.”

The offering will be available sometime in the second half of this year and the US operator promises to give “a new perspective on mobile entertainment.”

“We’re thrilled to work together to create a captivating interactive thriller that showcases the evolution of mobile entertainment and the capabilities that we can unlock in our smartphones on Verizon’s 5G network.” commented Verizon’s chief content officer Erin McPherson.

Liman said that projects like Helios are the very reason he started 30 Ninjas.

“We’re drawing on everything we know about making great entertainment and applying it to an entirely new medium,” he noted, adding that “The Mobile Metaverse” has limitless potential as it offers a way to build new worlds on the “most powerful phones, untethered from home internet.”

What will be interesting, as this development gathers pace, is how Verizon intends to monetize the resulting product: Developing an attractive and relevant product is one thing, making money from it is another.

The US operator has been quite active in the field of harnessing the power of AR and 5G to offer compelling content, being one of the first global members of the Niantic Planet-Scale AR Alliance, which is creating 5G-ready AR services for consumers. It also has a partnership with Niantic, which is best known for developing AR-based game Pokémon GO, for exclusive collaboration on high-performing interactive experiences for gamers.

In the recent years, it has also partnered with Riot Games, Electronic Arts, Dignitas and Team Liquid for the development of new services in the esports and gaming space, utilising its 5G network and real-time Mobile Edge Compute (MEC) technology.

Now, its latest move is also looking to lure more customers towards its fastest 5G network package, but there is some analyst scepticism on its potential to break new ground with this service.

He did note, however, that there is a chance for a similar game to become “a disruptor and a killer app.”

“I’m particularly watching for what Niantic (Pokémon GO) does with all its new AR-focused investment. With a desirable IP similar to Pokémon, tied to 5G-ready phones and deeper AR integration and capability, there is a ripe opportunity for a telco to partner” with the gaming developer, Abbruzzese explained.

most major operators have been looking at gaming and other immersive content or experiences as a potential 5G-enabled gold mine.

We’ve already seen some interesting attempts this year, as Japanese operator KDDI touted a successful use of network slicing and 5G standalone (SA) for 8K PlayStation game streaming. The demonstration was announced in February and is part of an initiative with Sony to create new business use cases and entertainment services based on 5G SA.

At the start of the year, US operator AT&T joined forces with NVIDIA to offer 5G GeForce NOW subscriptions, which it claimed offers “one of the world’s best gaming experiences.”

Another example in the gaming and immersive content field involves South Korean telco SK Telecom, which claimed it turned the country into the first Asian market to offer Microsoft Xbox’s cloud gaming service in 2020: A year later it created an AR app based on 5G edge cloud designed to offer immersive experiences for tourists.

For 2022, Analysys Mason predicted telecoms operators will add gaming to their so-called ‘super-aggregator’ strategies (bundling a range of third-party content) to tap some of the $180 billion digital gaming industry. “Games publishers’ and operators’ needs are aligning around billing for gaming services following the fall-out from the Apple/Epic Games lawsuit – the conditions are right for games developers and platforms to become more open to using operators for billing and aggregation,” the company said in a broader article on its expectations for the year.

The need for AR and 5G in gaming

With regards to the opportunities for telcos in the gaming industry, it’s worth considering just how important a role AR plays in such efforts.

Compared with the ongoing efforts in the gaming sector in general, its use by telcos as they explore gaming service opportunities is still limited, noted ABI Research’s Abbruzzese.

“Cloud gaming has been leveraged as a value add for subscribers and a way to tout network advantages like low latency and reliability. I would argue gaming is an important go-to-market for telcos, but specifically AR gaming less so. The question of whether AR gaming is a valuable approach comes down to what differentiates AR from traditional gaming, and if that aligns with 5G advantages,” Abbruzzese commented.

There are certain cases (such as with location-based AR gaming titles such as Pokémon GO) when AR is important, as it can “leverage greater network handoff capabilities and parallel user support.”

At the same time, 5G’s low latency is important for the quality of service attributes of games hosted in the cloud: The same applies to real-time multiplayer games, Abbruzzese explained.

Broadly speaking, he noted, AR is mostly being applied to enterprise use cases such as remote assistance, workflow instruction and real-time data capture for training and knowledge. But “the network needs are not robust here, so networks haven’t played a major role as of yet,” Abbruzzese said, though he expects this can shift if these use cases shift to edge compute/streaming and latency sensitive applications.

Elsewhere in the digital services market, we’ll see consumer AR “on the cusp of significant growth” for hardware makers such as Apple and Meta (aka Facebook). But, still, any new services developed might not demand 5G-level network performance unless they are fully cloud hosted and streamed.

“5G, instead of an active differentiator for telcos, shifts to the status quo that AR capable devices support – AR favours high-end devices, and high-end devices are already on 5G, but it won’t be a requirement for the most part,” Abbruzzese argued.

According to PP Foresight media and telco analyst Paolo Pescatore, 5G is still in its infancy and is yet to achieve its full potential.

“It is hard to articulate the consumer benefits of 5G when faster speeds aren’t necessarily noticeable for today’s widely-used apps. While new use cases and apps that helped drive 4G are much needed, disruptive novel 5G services are distinctly absent,” he noted.

Pescatore noted that the introduction of new features and services, such as gaming on the move, some AR apps and 8K videos, which require greater bandwidth and higher speeds, will help to highlight the merits of 5G.

Content will also have a huge role, as it is “paramount in driving uptake and usage of next-generation networks. Therefore, expect all providers shouting as loud as possible about how good their fibre and 5G networks are, as rollout ramps up significantly,” the analyst explained.

He also believed this year will be “pivotal” for the “over-hyped” service that is cloud-based gaming.

After all, the big challenge for telecoms operators remains: How to find the right partnerships, content and marketing strategies to convince their existing and new customers that upgrading to the fastest network out there is, in fact, more needed than ever.