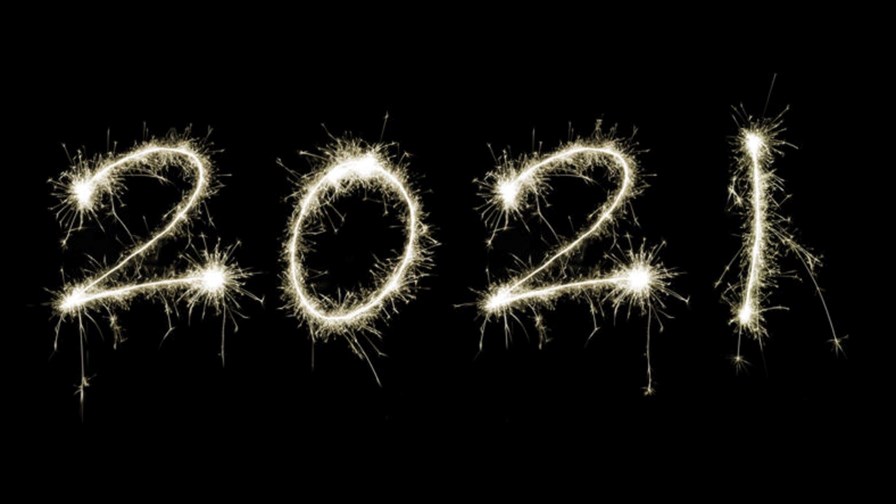 Wow, what a year, for many reasons... And looking back over the past 12 months, it’s been an incredible year of developments in the telecoms sector, and many of the key trends were reflected in our most popular articles of the year, during which TelecomTV enjoyed record levels of website traffic.

So we thought it’d be interesting (and maybe even fun) to share which articles made it to the top of the traffic pile in 2021.

We’ve already run a few articles about the top stories related to a few key trends:

Now, of course, there are many different factors influencing these lists, not least the editorial decisions related to the developments we covered (which are, in turn, influenced by our 12 TelecomTV Channels, each of which showcases our multimedia output related to key industry topics).

But even with all biases considered, the Top 10 list is still an indication of what matters to you, our ‘community,’ and what you like to read about. So, here’s a rundown of the 10 articles from 2021 that attracted the most eyeballs. Enjoy...

1. Rakuten acquires Altiostar at $1B+ valuation

August 4, 2021: Yeah, you LOVED this story, mainly (I think) because most people couldn’t believe that virtual RAN specialist Altiostar was commanding such a vast valuation. That valuation, of course, came courtesy of Rakuten, which was already a majority stakeholder in Altiostar and essentially bought out the other shareholders to take complete control and be able to package it up easily in its Rakuten Communications Platform (RCP), which is now a significant component in Rakuten Symphony, which also features in this Top 10 – it was a big year for Rakuten! Read the full story.

2. Sale of BT Sport is a bellwether of radical change for TV sport and BT's direction

4 May 2021: BT, to be fair, had shown some real balls (geddit?) in developing and launching its sports channels, which are managed using cloud platforms and cloud native processes. But when the shift in focus turned to investments in fibre-to-the-premises and 5G rollouts, the BT Sport unit, which was built upon prime but expensive European football broadcast rights, was put in the shop window, with BT seeking a co-investor or outright buyer. Seven months later that process is still ongoing, with names such as DAZN and US media giant Discovery linked to the asset. Read the full story.

3. Lithium mining now a strategic geopolitical issue for the US

17 May 2021: The headline might suggest we’d strayed into National Geographic or Engineering Monthly territory, but as our very own data digger Martyn Warwick unearthed, demand for the all-important lithium resources needed to make device batteries is growing... and as China is the main source of lithium and dominant in the world’s battery production sector, all things related to the lithium market are getting sucked into the vortex of global political tensions. Who would have thought that the chemical element that also features in the Periodic Table Top 10 (at number three) would be in our very own Top 10? Not I...  Read the full story.

24 March 2021: The topic of network disaggregation isn’t limited to the radio access network, as companies in the fixed access, IP and optical transport sectors well know. So we asked long-time Ciena CEO Gary Smith for his thoughts and he highlighted one of the biggest pain points for network operators seeking to deploy multi-vendor, best-of-breed systems based on open interfaces – the hassle of integration. Read the full story.

5. By 2030 graphene will be as disruptive as silicon chips were back in the early 1960s

13 May 2021: Like lithium, graphene might not crop up on a regular basis in TelecomTV’s reporting, but when it does... Its potential impact on communications networking is enormous, with graphene-enabled supercapacitors, reprogrammable intelligent surfaces and embedded plasmodic antennas just some of the use cases in the ‘beyond 5G’ world, as our resident chemistry expert Martyn Warwick discovered. Read the full story.

March 26, 2021: Telefónica, which has always been (and still is) one of the more bullish of the operators championing disaggregated network architectures, announced it was deploying an Open RAN proof-of-concept network covering 81,0000 inhabitants in the city of Puerto Madryn in Argentina. IBM acted as the systems integrator for the deployment, bringing together various technology elements from Altiostar, Red Hat (owned by IBM), Quanta, Gigatera and Kontron. Why, in particular, was this article so popular? It obviously has big names in it, and it could be that it was one of the earliest major PoCs, but whatever the reason, the TelecomTV readers checked it out in their thousands! Read the full story.

7. Rakuten tunes up for an Open RAN unit IPO or stake sale

October 1, 2021: Rakuten, it’s fair to say, doesn’t move at traditional telco speed... it has been another year of developments rolled out at a sometimes bewildering pace, with one of the most important moves (from an international perspective) being the formation of Rakuten Symphony, which brings together its Open RAN networking products, solutions and services under one roof and then the announcement in early October that it would be set free in one way or another to do its own thing. According to Rakuten, by making Symphony its own incorporated entity, “accountability (duties) will be clarified, flexible decision-making and business execution will be possible, and products, services, and solutions for telecommunications carriers will be consolidated across the board. We will be ready to provide 4G and 5G infrastructure and platform solutions to the global market.” And, of course, only weeks prior, Symphony had landed a major deal to help 1&1 build a greenfield Open RAN network in Germany. Don’t expect the pace to slack off in 2022... Read the full story.

16 November, 2021: We knew this would get serious eyeballs... Ericsson, hardly regarded as a poster child for Open RAN, unveiled its first Open RAN-related productwith the launch of its Intelligent Automation Platform, a network management product that cleverly targets what is likely to be the prime need of the vast majority of mobile network operators – a single software stack that can introduce automated management processes into existing ‘traditional’ networks as well as Open RAN-based deployments. The Intelligent Automation Platform is based on the O-RAN Alliance’s Service Management and Orchestration (SMO) framework specifications and includes a Non Real-Time RAN Intelligent Controller (RIC) that runs rApps and a software development kit (SDK) that enables operators and third party developers to build feature applications (the rApps) that can run on the RIC. The battle for Open RAN influence is well and truly on... Read the full story.

9. KPN shaken to the core by Huawei espionage allegations

19 April 2021: Who doesn’t like a good spy story (unless you’re the one being spied upon...)? While this sadly wasn’t from the pen of Len Deighton or John le Carré, it had a double whammy that attracted the crowds... the mix of Huawei and espionage, a combination that’s cooked up quite a few articles during the past 20 years. Read the full story.

17 March 2021: Unfortunately, a sign of the times... During February, March and April, a procession of companies decided that a physical presence at the June MWC21 event in Barcelona wasn’t for them (again) and everyone wanted to know what everyone else was planning and thinking. The show did go ahead, but in what some might call a ‘small form factor’... Of course, the talk currently is about MWC22, slated for 28 February – 3 March 2022, and it’s fair to say the vast majority of people in the telecoms industry are hoping for a more substantial, but safe, opportunity to meet others in the Catalan city. Read the full story.