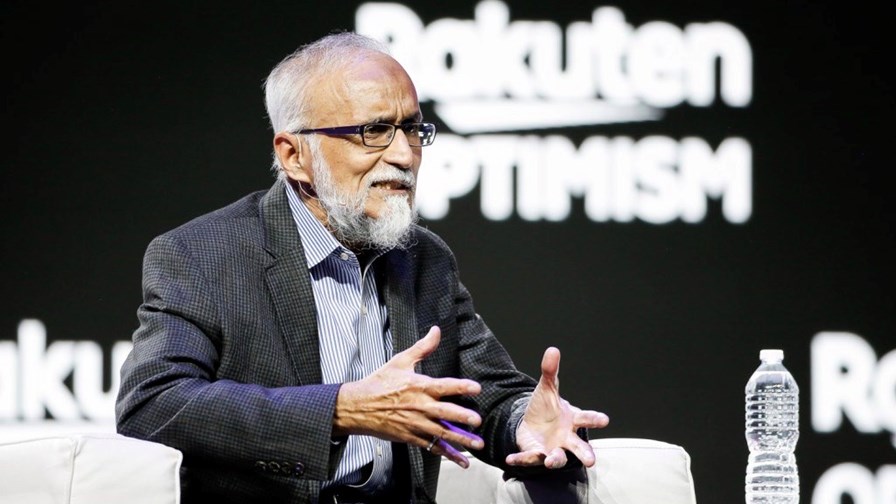 Rakuten Group has snapped up the stake in virtual RAN technology vendor Altiostar Networks it didn’t already own in an acquisition that, according to the Japanese company, values the vRAN and Open RAN specialist at more than $1 billion. Further details of the transaction and timing were not immediately available.

Altiostar, founded and run by serial mobile networking tech entrepreneur Ashraf Dahod (pictured above), has been one of the key technology suppliers to the Japanese digital giant’s wireless networks business Rakuten Mobile, providing key software for the operator’s 4G and 5G rollouts, as well as providing its software to other operators such as Dish Network in the US, Bharti Airtel in India, Telefónica and more.

Altiostar’s software is also available to other operators via the Rakuten Communications Platform (RCP), the cloud-native mobile network platform that offers a range of functionality and support to telcos, enterprises, municipalities and others that are interested in deploying Open RAN 4G and 5G networks.

And with Altiostar being such an important component in the Japanese mobile operator’s plans, Rakuten has been keen to ensure that the next-gen RAN tech vendor is financially secure and focused on its key mission of developing the software needed for virtualized and open radio access network architectures.

To that end, Rakuten invested in Altiostar in May 2019 as part of a $114 million C round of funding and then in September 2020 it acquired Tech Mahindra’s 17.5% stake in Altiostar for just $45 million as part of a broader business relationship. As a result of that deal, Rakuten became a majority shareholder in Altiostar, though details of its exact stake were not revealed. (See Tech Mahindra gets a slice of the Rakuten Mobile action.)

Now Rakuten is to take total ownership of Altiostar by acquiring the shareholdings of the vendor’s other investors, which include Qualcomm Ventures and Telefónica Innovation Ventures. Rakuten told TelecomTV that its previous equity stake came with "limited rights."

“We’re entering a new era where mobile network operators can choose how to build and deploy a network by working with the world’s most innovative software companies to create open and interoperable solutions,” stated Rakuten Group CEO Mickey Mikitani in this official announcement. “We’re delighted to welcome the Altiostar team to the Rakuten family as we share a common passion for empowering mobile networks through disruptive innovation, offering mobile operators around the world secure, cost-effective and highly agile technology.”

Altiostar Networks CEO Dahod stated: “Open RAN architecture and virtualization are key to building software-centric networks that can scale and adapt to meet an explosion of devices and applications driving service velocity and profits. Becoming a Rakuten Group company will allow us to build on our foundation and accelerate our technology development to help operators to innovate, explore new business models and bring affordable broadband to the masses through web-scale mobile networks.”

Dahod, who previously founded packet core specialist Starent Networks and sold it to Cisco for $2.9 billion in 2009 before setting up Altiostar in 2011, will continue as CEO and take on a “key role in Rakuten’s global RCP organization.” For further details, see this press release.