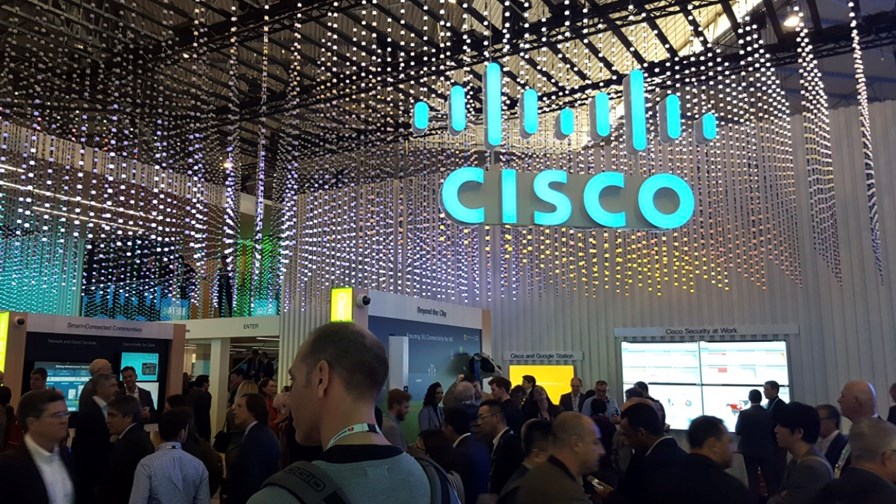 Cisco has become the latest major company to cancel its plans to exhibit at this year’s Mobile World Congress show, which is due to take place in Barcelona from June 28.

Rumours had been circulating about its withdrawal for more than a week, but its decision to not attend the in-person event has now been confirmed in a statement emailed to TelecomTV: “We have made the decision to withdraw from participating in-person at Mobile World Congress in Barcelona due to ongoing concerns about the COVID-19 pandemic. While we are extremely disappointed that we cannot participate in-person with this event as planned, we believe this is the right decision given the current circumstances.”

Cisco joins Ericsson and Nokia among the large and influential technology suppliers that have decided to stay away from the MWC show floor for another year. Others staying at home include Oracle, Sony, Facebook, Rakuten, BT and Teoco. (See For MWC, this looks like 2020 all over again.)

Some companies have yet to make a firm decision about their physical presence at the show: Orange, for example, is still weighing up the options. “Mobile World Congress remains an important conference for showcasing innovation and engaging in key debates that impact our industry. Our understanding is that the GSMA is organising both virtual and physical platforms, and Orange is continuing to work on its MWC activity based on these various options,” the operator noted in an emailed statement.

Orange Chairman Stéphane Richard, who is also Chairman of the show’s organizer, industry trade body the GSMA, is still planning to head to Barcelona. He tweeted: “MWC21 will take place in Barcelona 28th June-1st July. Extraordinary steps will be put in place to ensure a safe environment for those who wish to attend. For the 1st time the event will be a hybrid one; friends of MWC who cannot be in Barcelona can still participate. As Chairman & CEO of Orange I look forward to seeing you there.”

And there are others who are decidedly gung-ho about the show.

But as more major names pull out, and as Covid-19 cases continue to mount across Europe, the GSMA’s hopes that up to 50,000 people might turn up in Barcelona for MWC21 look increasingly over-optimistic.