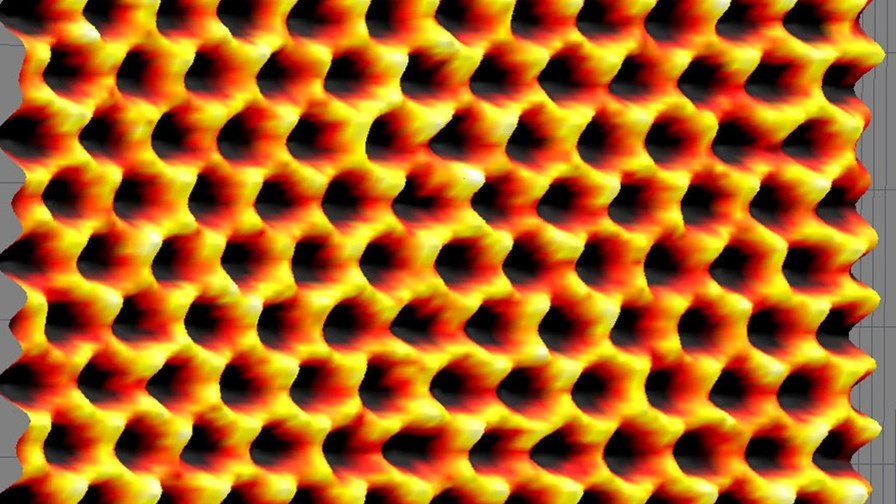 Things can move fast in telecoms. Only last week the focus was on graphene technology and its applications in 5G. Now comes news of graphene's potential as a central player in 6G communications - which will not be a reality until about 2030! A fascinating new report from Cambridge, UK-headquartered IDTechEX, the market research and intelligence services organisation that works at the leading edge of innovation and assesses new technologies and their applications, comes to the unequivocal conclusion that "6G communications needs graphene."

It certainly does. Graphene, a 2-dimensional crystalline allotrope of carbon, is more than 100 times stronger than the toughest steel, lightweight, very flexible, easy to work with and comparatively inexpensive to fabricate. It is an excellent conductor and insulator of electricity and heat. It is regarded as a more adaptable and more durable alternative to the traditional silicon that currently sits at the heart of global computing and communications.

The new IDTechEX paper, "Graphene of 6G Communications" explains that 6G, when it comes, will, in its initial GHz stage, be able to utilise existing laboratory diode and transistor technologies to prove and enhance 6G capabilities. However, the second (and commercial) iteration of 6G (sometime around 2030) will operate at 1THz (i.e. an EM wave frequency equal to one trillion Hertz) which will be the level required to provide users with the response time, capacity and data transfer rates that will distinguish 6G from all other preceding wireless comms technologies.

As 6G devices will require less power than that now needed by 4G and 5G handsets etc., and "fit-and-forget" graphene supercapacitors will be used. Generally, supercapacitors have higher power density, considerably longer useful lifetimes and charge and discharge much more quickly than lithium-ion batteries. They leverage graphene’s superb conductivity, huge area density and compatibility with the best new electrolytes. Graphene-based pseudocapacitors offer even greater potential benefits and research into them is now widespread.

As the IDTechEX report points out, THz electronics are perforce necessarily smaller and thinner than traditional components meaning that heat dissipation can become a major problem. Again this is where graphene comes to the rescue, the material's density, heat conduction, thinness and electrical conductivity make it a front runner for planned 6G communications. Graphene has yet further potential application in the manufacture of the smart surface materials needed to amplify low-power 6G beams.

Quite simply, 6G won't work without reprogrammable intelligent surfaces (RIS ) being deployed as metasurfaces capable of redirecting beams with almost no electricity. As the report makes clear, "Both the sub-wavelength patterning and the integrated active devices are candidates for graphene."

Basically, an IRS can tune a wireless propagation beam-forming environment via software-controlled reflection whereby a surface consisting of low-cost integrated electronics will sense and reflect electromagnetic waves in a specific direction, boosting the signal at the receiver without adding to the cost of hardware but enhancing spectrum and energy efficiencies. The amplified beams will make it possible to charge a handset and operate devices with no power!

Graphene will also be used in new wide-band plasmonic antennas operating in the THz range. These antennas will be 100 times smaller that traditional metallic antennas and can easily be embedded in devices and systems. What's more their frequency response can be re-programmed electronically. While conventional electronic and optical technologies rely on the up-conversion of microwave and mm-wave signals or the down-conversion of optical signals, THz signals can be generated directly via hybrid graphene/3-5 semiconductor devices.

A plasmon is a quantum of plasma oscillation. Thus, just as light (which is an optical oscillation) consists of photons, plasma oscillation consists of plasmons. A plasmonic metamaterial uses surface plasmons to achieve particular optical properties and plasmonic metal nanoparticles, including gold, silver, and platinum, are very good at absorbing and scattering light. By changing nanoparticle size, shape, and composition, the optical response can be tuned from the ultraviolet through the visible to the near-infrared regions of the electromagnetic spectrum.

Commenting on the publication of the report, Raghu Das, the CEO of IDTechEx said, "6G systems may become a trillion-dollar business. Exploiting a variety of benefits, graphene may be used for the metasurfaces, supercapacitors and various active components involved." However, "Near term IDTechEx forecasts for open-market graphene sales remain modest partly because 6G applications kick in from 2030 at the earliest." Meanwhile, the EU's Graphene Technology and Innovation Roadmap predicts graphene-enabled on-chip optical data, spin-logic devices and 6G networks will be in development by that same year.

Fifteen years ago, small amounts of graphene was made by slicing, at the atomic level, incredibly thin layers of the substance from a graphite block. The demand for graphene has increased four-fold since 2019 and today high quantities of high-quality graphene are being routinely fabricated with the goal being to see the substance manufactured at scale and integrated in a myriad of products including batteries, solar panels, electronics, photonic and comms devices and medical technologies.

According to the European Commission's Future and Emerging Technology initiative, its "Graphene Flagship" (which has a budget of €1 billion and is the EU's biggest ever research project) graphene will graduate from being a rare component in niche products and applications to broad market penetration by 2025 and, by 2030, will be as disruptive as silicon was back in the early days of computing.