What’s up with… Ericsson, Nokia, Telefónica 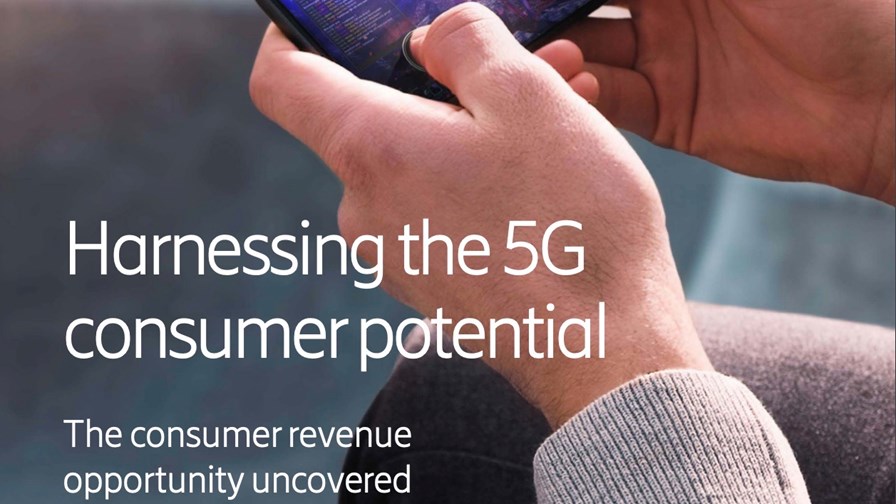 The ongoing efforts of the industry’s major technology developers to give 5G a raison d'être and Telefónica’s latest cybersecurity investment are at the front of today’s news queue.

Ericsson’s ConsumerLab has, in collaboration with research house Omdia, issued a new report, titled Harnessing the 5G Consumer Potential, that suggests 5G will support consumer customer-generated revenues for the global ICT industry worth as much as $31 trillion by 2030. That’s a really big number, but communications service providers shouldn’t get too excited, because the report suggests they’ll only be in line to snap up about $3.7 trillion of that total, which is roughly 12% of the market. Interested to know more? Check out this press release.

And while we’re talking big numbers… Ericsson and Qualcomm Technologies, in collaboration with Analysys Mason, have suggested the “potential economic value of full 5G as an ‘open innovation platform’ could add €210 billion in benefits to Europe.” For more details, see this press release.

Nokia has been keeping its media team busy in the past few deals with a welter of announcements. The Finnish vendor has collaborated with network operator Elisa and Qualcomm on what they believe is a new 5G speed world record (8 Gbit/s connection to two devices simultaneously) and has been working with Brazilian operator Claro on its multiservice 5G rollout. The vendor’s IP unit has also landed a deal from Iraq’s Informatics and Telecommunications Public Company (ITPC) to provide technology for Internet gateways.

Separately, Nokia’s Deepfield network analytics unit has issued a report identifying service provider traffic trends during 2020 and how traffic trends for specific applications have changed during the past decade. For more on that report, see this press release.

Telefónica Tech Ventures, the Spanish operator’s vehicle for investment in cybersecurity startups, has pumped an unspecified sum of cash in Smart Protection, a Spanish startup that “protects brands against counterfeiting on the internet.” Smart protection has developed a platform that “automatically detects and eliminates counterfeit products and unauthorised uses on the Internet.” Founded in 2015, the company has customers in more than 25 countries and obtains more than 75% of its revenues outside Spain. The move provides further evidence that Telefónica believes it can find new revenue streams in adjacent areas related to cybersecurity, a sector in which it has been focussing significant R&D and strategic M&A euros in recent years, particularly though its ElevenPaths unit. For morde details on this investment, see this press release.

OpenUK, which describes itself as an advocate of open data, open source, open hardware and open software, says it’s joined the European GAIA-X federated cloud project to represent the UK in the project’s future development Gaia-X is a European Union initiative to develop a regional cloud platform that will conform to Europe's data sovereignty rules. Just quite how UK companies can expect to fit in with Europe in terms of cloud regulation and data sovereignty is unclear, as it’s in the final stages of negotiating its exit from the EU (just days away), but OpenUK says it recognises that post Brexit, both understanding GAIA-X and participating in the project will be potentially important for technology and cloud companies that want to do business with their counterparts in Europe. For more details, see this press release.

BT is deploying a European SD-WAN for Fiat Chrysler Automobiles (FCA) in Europe. The new, cloud-optimised network will connect 95 sites including 11 manufacturing plants.

Times may be tough, but M&A activity and IPOs are still in the news and there are even signs of fresh and substantial investment rounds for innovative communications networking tech specialists. Cato Networks, a SD-WAN specialist that is a major flag-bearer for the SASE (Secure Access Service Edge) services sector, has raised $130 million in a funding round led by Lightspeed Venture Partners with the participation of a new investor, Coatue, plus existing investors, Greylock, Aspect Ventures/Acrew Capital, Singtel Innov8, and Shlomo Kramer. The round takes Cato’s total funding to date to $332 million and has even led the Tel Aviv-based company to claim ‘unicorn status,’ saying its valuation exceeds $1 billion. Cato says it is able to pitch SASE capabilities because of its global cloud. Native platform that delivers secure connectivity to all manner of enterprise locations and devices from more than 60 points of presence. For more details, see this press release.

Cato has been around for about five years, but EdgeQ is a fresh, just-out-of-stealth system-on-chip (SoC) startup founded by former Intel and Qualcomm staffers: It has just announced funding of $51 million, including $38.5 million in a Series A round. Its backers include Threshold Ventures (formerly DFJ), Fusion Fund, Yahoo! co-founder Jerry Yang (AME Cloud Ventures), and “an unannounced strategic customer.” How intriguing! Its focus is on the red hot private enterprise networks market: “EdgeQ will address the untapped 5G infrastructure market as the first company to converge 5G connectivity and AI compute onto a system-on-a-chip,” it boasts. “By unifying 5G and AI at the nearest focal point of data at the edge, EdgeQ will allow enterprises (in manufacturing, construction, energy, automotive, warehousing, surveillance, telco and other verticals) to harness private networking for disruptive applications, intelligent services, and new business models.” One of its founders, CEO Vinay Ravuri, is a former VP of mobile product management at Qualcomm. Find out more in this press release.

BT has teamed up with Cambridge spin-out Nu-Quantum and various startups, research units and universities to develop a “world first trial of end-to-end quantum-secured communications for 5G and connected cars.” The trial, dubbed AIRQKD, combines BT’s experience in building quantum-secure networks using QKD (Quantum Key Distribution) with “other new techniques for applying quantum security to mobile devices, developed by UK startups Nu Quantum, Angoka and Duality.” Last month, BT and Toshiba announced the “UK’s first industrial deployment of a quantum-secure network” on a 6km link between the National Composites Centre (NCC) and the Centre for Modelling and Simulation (CFMS) in Bristol. For more on the AIRQKD trial, read this announcement.

Most companies are struggling to realize the full benefit of their cloud initiatives, with one in four organizations hindered by unexpected complications with cloud migrations, according to a new report from Accenture. Read more.