Will Mastodon rise from the social media swamp? 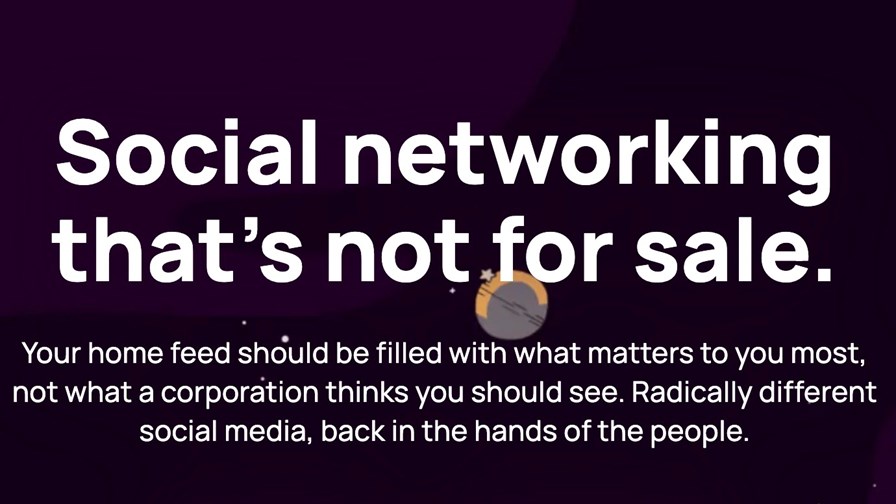 In the wake of the Musk/Twitter soap opera, which looks like it’ll be back for quite a few seasons yet, a social media challenger has been thrust into the spotlight: Mastodon is open source, distributed, and somewhat Twitter-like. The big difference is that it’s designed to support lots of independent sites, all with the same software, but – importantly – without its own Mark Zuckerberg or Elon Musk at the helm.

Can it make its mark?

Some observers are highly enthusiastic because, like several cloud business models we’ve covered recently – see articles about Qwilt, Gaia-X and open telco relationships – it’s using what appears to be an increasingly popular open, federated approach to expanding the reach of particular applications or services that could then be picked up by specialist service providers – you might even want to call it social-media-as-a-service (SMAAS), though we would rather no-one did.

The examples mentioned above are quite diverse but their common thread is that they are all attempts to get around the scale versus monopoly conundrum. The question: How can you get enough scale and engagement to be viable without triggering antitrust or lock-in concerns should you become wildly successful? One possible answer: By taking a step back and offering your underlying infrastructure and/or application on a wholesale or mobile virtual network operator (MVNO) basis to all-comers.

In theory, Mastodon should enable providers to offer users choices at lower cost, while granting limited access to other sites. Will these approaches work and does a federated social media giant meet any real needs?

Bear in mind that Facebook squeaked through anti-trust scrutiny by successfully arguing that its various purchases (Instagram and WhatsApp) would remain separate entities, seeing as how they served different users and user requirements. But the scene is always changing and now most of the sites have adopted approximations of any feature made popular by one or more of their rivals. This has changed the game. For instance, Facebook has ‘Reels’ in imitation of TikTok’s short video format; Twitter has long branched out from strict character counts to allow video posting; LinkedIn encourages Twitter-style discussion (although obviously more restrained); and so on. As a result, nearly every site has some sort of messaging or discussion feature, and now there’s a battle to win and retain users, as more engagement means more advertising revenue.

Many think Twitter’s travails, following the controversy surrounding its takeover by Elon Musk, may be the catalyst for industry realignment.

“With Twitter in chaos, Mastodon is on fire,” chirped CNN this week, referencing the claim that the site had signed up an estimated 70,000 Twitter refugees in the wake of the Chief Twit’s arrival at Twitter and the firing spree and new user fees that followed.

But with only 2.2 million members against Twitter’s 450 million active daily users, Mastodon has a long way to travel to reach any sort of user inflection point. Just 70,000 recent defections from Twitter hardly moves the needle: That trickle would have to turn into a flood to make any impact, and it might yet do so, given the changes to the competitive landscape noted above, but to be in with a chance of achieving mass scale, Mastodon would have to become a safe haven for Facebook users looking for a new platform on which to interact.

Back in 2018, two years after its launch, Mastodon was actually claiming about 1 million users and seemed then to have a chance to shine. We wrote: “If Twitter missteps significantly; if the poisonous partisan discourse in the US in particular, degenerates further, then perhaps, just perhaps, evolution and natural selection will see the old Twitter fade and the new, more sustainable open-source Mastodon alternative rise in its place.”

But even if Mastodon breaks the mould, what difference will that make to the communications services sector in the grand scheme of things?

There may be advantages for telcos if they open up the market by together orchestrating a federated social media infrastructure that could present them with one more opportunity to gain relevance beyond connectivity and another chance to play a responsible role in the development of digital communications (in which social media plays a large and growing part). In a way, it could be an updated, 21st century version of the highly successful global voice network.

And a successful federated social media framework would loosen the grip of the existing quasi monopolies – always a good thing for other major players in a global ecosystem. Looking back now, it’s clear that Facebook should never have been allowed to take over what would have become major rivals, Instagram and What’sApp, on the basis that it promised to run them as separate entities... and then didn’t!

If all these ‘playing nicely’ and ‘social conscience’ options sound a bit beyond the capabilities of companies in the competitive telecoms industry, you only have to remember the successful role many telcos are playing today on global warming and sustainability. A social media reset may be just as beneficial for us all.