Cache rich: Why telcos weave Qwilt into their networks 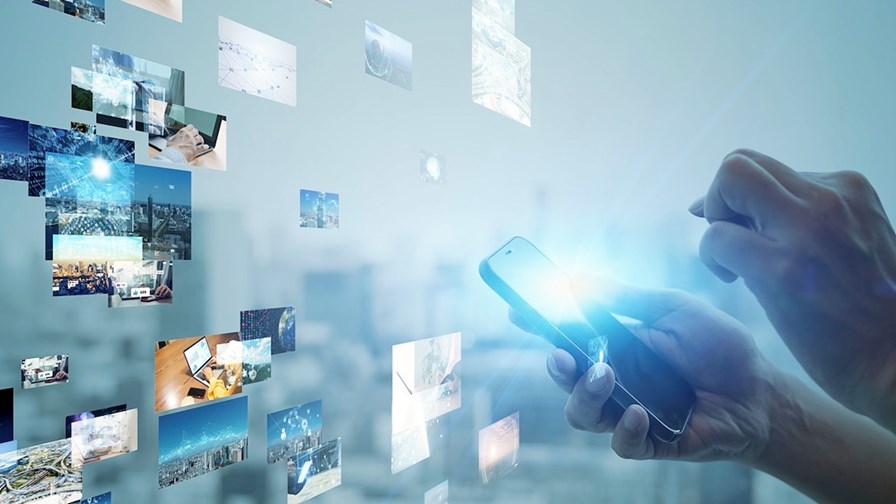 With its 5G service launch only weeks away, Bharti Airtel, one of India’s largest telcos, is rolling out a nationwide content delivery network (CDN) which, it hopes, will help it cope with the significant increase in streaming video traffic generated by its next-generation mobile service customers.

Founded in 2010, Qwilt has spent the past 12 years developing what it describes as “a massively distributed layer of content caching resources to deliver streaming media and applications from the closest possible location to subscribers”. It believes it has pulled together a potent mix of cloud-native microservices software and low-cost commodity hardware technologies, which is then integrated and operated by service provider partners (such as Airtel) at the edge of their networks as close to end users as possible. (BT in the UK is also using Qwilt’s CDN technology.)

According to Qwilt, this approach reduces the cost of adding backhaul network capacity, improves service delivery quality, allows the service provider to scale up easily as demand increases, and provides an IT platform at the edge of the service provider’s network on which other virtual network functions (VNFs) can be deployed. Airtel is deploying Qwilt’s technology at 120 edge locations across India.

That’s the technology detail, but it’s a transformational business model that Qwilt and, in this instance, Airtel are really aiming for.

Qwilt’s Open Edge Cloud proposition is an attempt to reshape the content delivery platform market and wrest some caching and streaming function control back from the likes of Akamai (first established in the late 1990s) and other major content delivery operators, but to do it in such a way that it doesn’t raise the hackles of both regulators and customers who may be concerned about the potential for monopolisation of the content distribution function. To set itself with the best chance of making an impact, Qwilt became a founding member of the Streaming Video Alliance and a leader of the Open Caching industry movement. It has received investments from Accel Partners, Bessemer Venture Partners, Cisco Ventures, Disruptive, Innovation Endeavors, Marker and Redpoint Ventures.

The Qwilt proposition lies part way between a hyperscaler business model, designed to squeeze out some meaningful scale advantages in terms of costs and reach for a streaming service, and what Qwilt itself describes as an Uber model, where Qwilt, like Uber, orchestrates independent entities and, in its case, directs streaming traffic to and from edge servers deployed deep inside its service provider partner networks.

Of course, caching and content delivery and its advantages have been understood and invested in for at least two decades, so it’s widely appreciated already. What’s different with Qwilt is the way it distributes the functions and shares the load across corporate boundaries.

In addition to video streaming, Airtel has ambitions to use the Open Edge Cloud deployment to support both business and advanced consumer applications. So as well as 4K Live Streaming, which is the primary application used for the Qwilt solution, the edge nodes can also be used to run augmented reality (AR), virtual reality (VR), self-driving vehicle and IoT application.

A major concern for Airtel, and one reason for the timing of its deployment, is its expectation that 5G users are likely to drive vast amounts of data across its network. Once Airtel launches its 5G services, which is set to happen next month in key metropolitan areas across India, Ajay Chitkara, director and CEO at Airtel Business, “anticipates a significant increase in data consumption across (India’s) major cities... We already have relationships with more than 16 content providers across India and we look forward to working with others”, he said.

The underlying telco network capacity narrative is that bandwidth consumption keeps growing without a commensurate increase in revenue, and it’s expected that even the extra capacity due to be enabled by the deployment of 5G standalone (SA) won’t be enough to sate the increasing demand. The alleged villain, and the cause of the greatest strain on networks, in this scenario is streaming video, which is expected to account for the vast majority of 5G bandwidth consumption.

Estimates vary, but it’s generally accepted that in many territories across the world, the rise in video streaming will necessitate extra network investment that, according to many in the telecom sector (in particular the GSMA), should be in part paid for by the likes of Amazon, Apple, Facebook, Google and Netflix given that they are allegedly chiefly responsible for driving the growing streaming traffic volumes.

While many observers believe this argument is more than a little threadbare – after all, users pay handsomely for those broadband access services – many telco insiders appear to believe it does no harm to doggedly keep asking for capex contributions from the so-called big tech companies and plead unfairness (on the basis that future contentious issues might go their way if there are lost causes in the rear-view mirror).

But what is the true consumption picture behind all the lobbying? What’s the evidence that a concerted streaming tsunami really is on the way? Will 5G traffic be 90% video streams by 2028 as was widely forecast in 2019?

Perhaps not. It appears that bandwidth demand is certainly rising overall, but other signs indicate that users are looking to cut back on their bandwidth consumption in expectation of price inflation and recession. Being online may now be considered a civil right and an educational necessity (post Covid), but increased image resolution and other expensive ‘nice to haves’ are clearly not. For instance, some streaming services are already anticipating customer requirements for the oncoming recession through “bit-rate optimisation” – saving money by optimising the way bit streams are delivered across service provider networks using compression – according to influential US-based network expert, Dan Rayburn, in his streaming media blog.

He points out that “since the start of the year, many US streaming services have focused on doing a better job of optimising their bit rates and in some cases reducing their bit rate ladders in an effort to save money.”

Rayburn also points out that despite expectations, users appear to have stayed away from the high-definition 4K/UHD video formats, also as a cost-saving measure, with CDN and service provider contacts telling him that the two formats together probably account for less than 10% of the total bit delivery this year.

It appears that “4K/UHD simply isn’t something that many consumers are demanding or willing to pay more for”, writes Rayburn.

So that’s another reason to expect that bandwidth consumption will not sky-rocket in the way many previously anticipated.

But perhaps the most telling factor is good old market saturation, something the mobile industry has become very familiar with over the past decade or two. Once you’re consuming x amount of streaming video, you’re unlikely to watch exponentially more of it just because it becomes more readily available. That, along with ongoing technology improvements, always puts a downward kink in those exponentially rising graph lines.

This is not to say that Qwilt’s offering doesn’t have a sound future – it probably does. But the fact that it’s taken this long to get this far probably means it’s not going to be a game-changer.