What’s up with… T-Mobile US and Cogent, Verizon, 5G in India 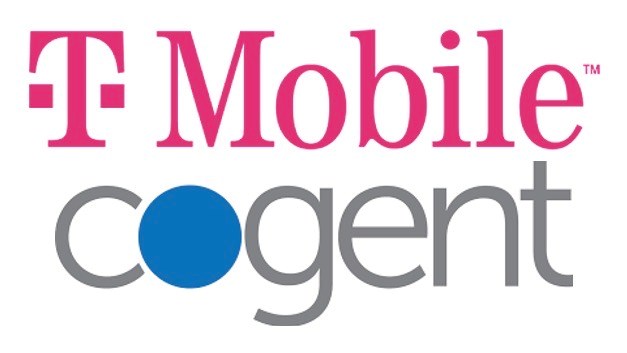 In today’s industry news roundup: T-Mobile US is offloading the long-distance network it bagged as part of the Sprint deal for just $1; Verizon is doing its bit for energy conservation in California by taking some switching centres off grid; Bharti Airtel is aiming to match its main rival Jio in the 5G market – at least in urban areas; and more!

T-Mobile US, which is keen to focus on its 5G mobile and high-speed broadband service operations, is selling the long-distance fibre transport network, which it gained when it acquired Sprint in 2020, to Cogent Communications for a nominal sum of $1 (one dollar). As part of the deal, T-Mobile US has committed to purchasing $700m worth of IP transit services on the network from Cogent during the 54 months (four and a half years) after the deal closes, which is expected to happen in the second half of 2023. In a filing with the Securities and Exchange Commission (SEC), T-Mobile US noted that it expects to report “a total pre-tax charge of approximately $1bn in the third quarter of 2022” as it “anticipates adjusting the carrying value of the Wireline Business and establishing a liability for the contractual payments of the Transaction, including the $700m of fees payable for IP transit services”. Cogent says the long-haul infrastructure is a “network asset to complement and eventually replace Cogent’s current leased network and provides the ability to expand its product set, including the sales of optical wave transport services to new and existing customers. It also has a current customer base who are a fit for Cogent’s products and services, and a group of experienced employees with the knowledge and capabilities to execute the company’s strategy.” Read more.

US operator Verizon took measures to reduce its power consumption and help prevent potential rolling blackouts in the state of California, a step that could be taken by local authorities in the event of scarce power supply due to record-breaking high temperatures. The telco said it has made the “rare move” of taking six of its mobile switching centres off commercial power and running the facilities on permanent back-up generators instead – this happened on 6 September during a Flex Alert, which was issued urging residents to reduce their electricity usage. While the telco typically uses generators in the event of a network emergency, Verizon claims the step is set to deliver “meaningful relief” by reducing the impact on the state’s power resources and enabling residents and companies to stay connected. In another move, the US telco will be reducing its heating, ventilation and air conditioning (HVAC) usage by an hour in each of its retail stores in California, and instead lowering shades until 12 September. The operator also urged customers to take individual steps to reduce power consumption, stating that “the more power we all save, the less likely power outages are”.

Bharti Airtel is aiming to go head to head with its key mobile services rival Reliance Jio, at least in India’s cities, by launching its 5G services in October and having coverage in India’s key metropolitan areas by December, the operator’s CEO Gopal Vittal stated in a letter to customers, which was cited by the Business Standard. Bharti Airtel aims to have all of “urban India” covered by its 5G services by the end of next year. Jio noted in late August that it planned to splash $25bn on achieving a nationwide rollout of 5G services, starting in major cities in October and reaching national coverage by the end of 2023, not just in urban areas but in rural zones too. The two operators currently dominate India’s massive mobile market of more than 1 billion active connections and look set to continue to do so in the future. Currently, Jio commands a 36% market share while Bharti Airtel has a 31.6% market share, according to the latest statistics from India’s telecoms regulator.

UK alternative fibre broadband network operator Hyperoptic says British broadband customers are going to get stiffed to the tune of £1.4bn early next year when the country’s major service providers increase their broadband service tariffs mid-contract, a move that could cost BT broadband customers an extra £100 per year. The Hyperoptic team is aiming to highlight how unfair this is, especially in the midst of a cost-of-living crisis, with inflation in the UK running at about 10%, and gas and electricity bills soaring. “Inflation-busting mid-contract price rises are simply not fair,” crowed Hyperoptic’s director of policy, James Fredrickson, in this press release. “Most people don’t know it’s going to happen or have no idea how much more they’re going to have to pay. We’ve called on Ofcom and others to introduce tighter rules that will force operators to be transparent about when they’re going to raise prices, and customers should have the right to switch provider, without charge, if they’re hit by such an increase. Broadband is a vital service and – now more than ever – it needs to be affordable.” It’s hard to imagine there won’t be plenty of people in the UK agreeing with the sentiment and, of course, Hyperoptic has a broadband service package designed to attract the disgruntled customers of rival service providers.

South Africa’s communications minister, Khumbudzo Ntshavheni, has proposed a plan that would result in the country’s 2G and 3G networks being switched off by 2025, reports MyBroadband, which has reportedly seen the documents outlining the timetable for the network closures.

T-Systems, the enterprise services division of Deutsche Telekom, has scored a deal to migrate “one of Germany’s largest” SAP system deployments to the cloud. The company will migrate more than 450 SAP systems from automotive parts manufacturer Continental AG to a private cloud platform in Frankfurt. T-Systems will support the SAP operating system, covering all services from consulting to hotline support, until the end of 2027 at the earliest. Continental Group CIO Christian Eigler highlighted that T-Systems was selected as a continuous partner for “the reliability of the applications, the flexibility of the solutions and, above all: end-to-end service – one SAP, one contact person”. T-Systems CEO Adel Al-Saleh pinpointed the development of cloud services in Germany as “one of our most important growth areas for the European industry”, as they deliver lower costs, increased flexibility and enhanced resilience for enterprises. See more here.