Gaia-X hits the trough of disillusionment 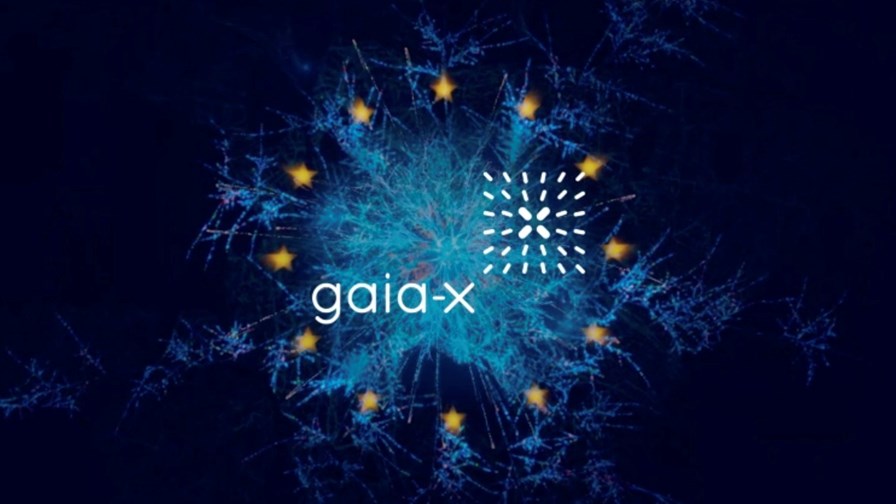 Gaia-X, the European-flavoured, federated cloud-services initiative that was launched as an idea in 2019 and founded as a member organisation in 2020, might already be in terminal decline. Gaia-X was tasked to design a ‘European’ cloud services alternative to those offered by the US hyperscale giants – AWS, Azure and Google – and, in particular, it set out to develop a “trusted” cloud environment sympathetic to Europe’s demography, business needs and legal strictures.

Here’s the latest explainer and progress report. It outlines Gaia-X as a set of rules and frameworks, folding in qualities and features that the existing clouds lacked. The aim was never to build an alternative hyperscale infrastructure, but to develop software that enabled Gaia-X principles to work on and across existing cloud infrastructures, including those offered by AWS et al.

At the core of the project was the idea that Gaia-X would establish common rules around the exchange of data between clouds and cloud applications by ensuring that “European values” concerning data protection, cybersecurity and data processing were respected. For this to work properly it would require buy-in and cooperation from the hyperscalers – hence the  encouragement for them to join up, a move that immediately spelt trouble for the cohesion of the project.

Following its establishment in 2020, Gaia-X was generally welcomed by Europeans uneasy about the extent to which the European cloud was adopting a distinctly American hue just as the European Union was attempting to strike out on its own on data privacy and tech sovereignty, following the 2018 establishment of the General Data Protection Regulation (GDPR). In short, there was a general feeling that a European legal framework would likely require a European cloud and that such a cloud could and should help foster a healthy share of the cloud market for European cloud services and infrastructure providers.

That sentiment was reinforced by growing alarm at the increasing dominance of the US hyperscalers. As we reported recently (see Despite the recent boom, Europe's cloud providers are feeding on scraps), Europe’s cloud services platform players, while growing their cloud revenues at what might appear a reasonable 167% over the past five years, actually saw their market share drop over that period from 27% down to 13%, according to Synergy Research Group. So yes, there was growth, but the US-based big three were growing much faster in Europe, noted the Synergy Research team.

For many European politicians the objectives were, therefore, clear: Gaia-X would be one way for Europeans to "assert ourselves in the world", said German Economy Minister Peter Altmaier in June 2020 when he and his French counterpart, Bruno Le Maire, unveiled the organisation. Clearly, this tone could be seen as slightly at odds with the ‘big tent, all are welcome’ mood music being played out by the organisation itself.

A major bone of contention was that Gaia-X was allowing/encouraging participation by the very companies many of its supporters expected it to act as a bulwark against. With AWS, Google, Azure and IBM (for instance) encouraged to participate, many felt they would skew the project, protect their positions in the European market, and profit from the development funds that are sure to flow from the EU to help Gaia-X maintain its trajectory.

But that was just one area of potential disagreement. By October 2021, there were multiple reports of participants being disenchanted with the direction the project had taken, while others talked of a lack of direction, confusion, overload and deadlock.

So while the non-profit Gaia-X Alliance had been welcomed and had quickly gathered the support of 320 organisations in less than a year, taking on the familiar shape of a technology forum with a board, policy rules, technical teams and subsidiary hubs across Europe to push the process along, it quickly discovered the downside of having those 320 members and no nailed-down plan. The members all had a full range of views and interests, some of which were diametrically opposed and they, naturally, worked to have their interests furthered (the initiative now claims to have more than 425 organisations involved in 10 domain working groups).

Volker Pfirsching, partner and member of the Central European management board at management consultancy Arthur D Little, was interviewed about Gaia-X for an article in CIO magazine. Published in April this year, Pfirsching was highly critical of the organisation – given his standing in a leading consultancy, this was unusual.

He pointed out that “as more and more members, large and small, joined the ecosystem, the goals became increasingly blurred. Today, it is a loose association that, in my view, operates too much at the meta level”.

So, too much chat and not enough real action to “produce value-creating use cases or platforms that can really be used by companies”.

Pfirsching continued: “I see a great danger, at least, that it will never get off the ground. The fact that important members are slowly withdrawing and that the funding is not flowing as originally planned is not a good sign. Confidence in the Gaia-X initiative is waning. The question is: Is this a cleansing tide that will lead to improved control and implementation? Or is it the beginning of the end?”

That might be a question to put to the Gaia-X management team in November when it is holding the Gaia-X Summit 2022. On 17 November, CEO Francesco Bonfiglio will deliver a “State of the Union” address that, hopefully, will provide some insight into the current state of affairs.

In the meantime, the Gaia-X website isn’t providing much in the way of the latest developments: Its “collection of articles”, which communicates the latest activities and progress, had regular updates during 2020 and into early 2021, but there’s been nothing since May 2021, and that’s not a good sign.