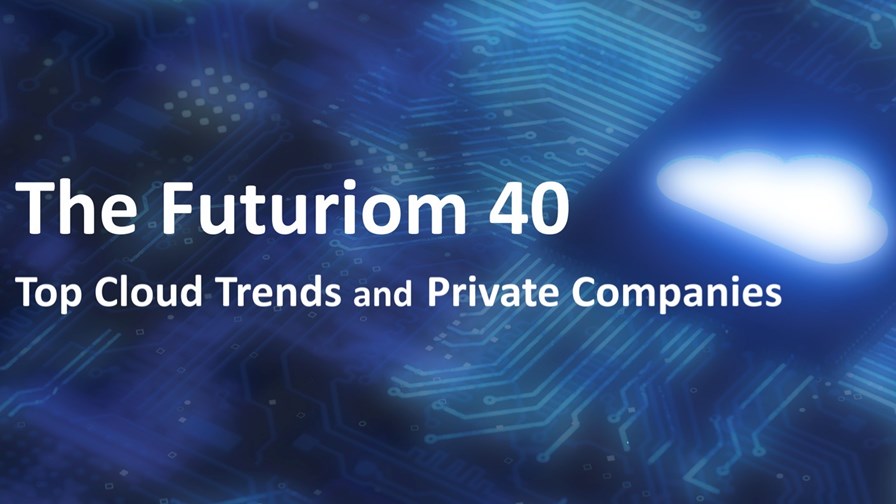 The cloud networking and technology sector is ripe for M&A action as network operators and enterprises continue to embrace cloud-oriented services and operations, and there are plenty of innovative, privately-owned companies with the attributes that make them prime takeover targets for the major players in the cloud infrastructure market.

So, which companies are likely to feature in the latest round of acquisition activity? Research house Futuriom has done a great job of identifying 40 privately-owned firms at the heart of the cloud networking action and highlighting five key cloud trends: Distributed Cloud Networking; Unified Cloud Security; Cloud Infrastructure Automation; Edge Cloud; and Cloud Data Management.

Among the companies identified and profiled in the Futuriom 40 report are familiar names such as Aryaka Networks, Cato Networks, Darktrace, DriveNets, PacketFabric, Versa Networks and Volta Networks. But equally there are some less familiar names (at least to this editor), such as Cockroach Labs, Fivetran, Triggermesh and ZEDEDA.

What ties all of these companies together is that Futuriom founder Scott Raynovich and his team have been tracking these companies in the past year (or longer) and have identified them as being amongst the most innovative in an increasingly hot sector – and that means many of them are good prospects as acquisition targets or to go down the IPO route to provide investors with a pay day.

Raynovich and his team got off to a good start. Within hours of making the report public earlier this month, the IP and engineering team of one of the companies listed, multicloud orchestration specialist Pureport, was acquired for an undisclosed sum by colocation, data centre and interconnectivity player Digital Realty as part of its increasing focus on “connected data communities.”

And then only days later, another of the ‘Futuriom 40’ companies, identity management specialist Auth0, agreed to be acquired by Okta for $6.5 billion.

Next up? “Well, Cisco is going to have to buy one of these companies,” says Raynovich confidently.

And he has every right to be confident. Cisco has been embroiled in SDN, which helped to virtualize the data centre, for years with ACI (Application Centric Infrastructure): That trend was followed by the virtualization and management of the connections to branch offices with SD-WAN, and so as not to get left behind in that major development, Cisco acquired Viptela, while other major vendors, including VMware and HPE, also splashed some cash on SD-WAN startups, “so there was an acquisition wave in SD-WAN… and I think the next wave of acquisitions is going to be in multi-cloud network virtualization… and there’s a bunch of companies doing this, like Alkira, Aviatrix, Packet Fabric…. They’re all about multi-cloud networking.”

Of course there’s also a lot of activity right now around IPOs and SPAC mergers that enable companies to become listed entities and provide investors with an earn out, so it may be that some of these companies go down that route.

And that may be the only way that some of the companies on Futuriom’s list go to the next level because they’re raised so much money already their valuations are already putting a big price on their heads.

“Look at HashiCorp. This is, in my view, one of the best companies on our list. Its product, Terraform, is everywhere… pretty much every cloud engineer and architect in the world knows what Terraform is or is using it. It’s cloud automation, and they also have a security play… and it’s raised $350 million. That’s incredible. So it’s probably one of the companies that’s probably now too valuable to buy, so I expect HashiCorp to IPO,” says Raynovich, who also calls out Netskope, which has raised $740 million to develop and market a security cloud platform, as a hot IPO candidate.

But never say never… as Raynovich’s colleague Mary Jander noted just today in this analysis, Cisco has just strengthened its working relationship with HashiCorp, a move that may signal an even bolder move.

Whatever the outcome for that particular company, there seems little doubt that many of the companies on this list are going to play a significant role in re-shaping the cloud and communications ecosystem during the next few years. The report is well worth a look, if only to get up to speed with the companies you didn’t know you didn’t know…