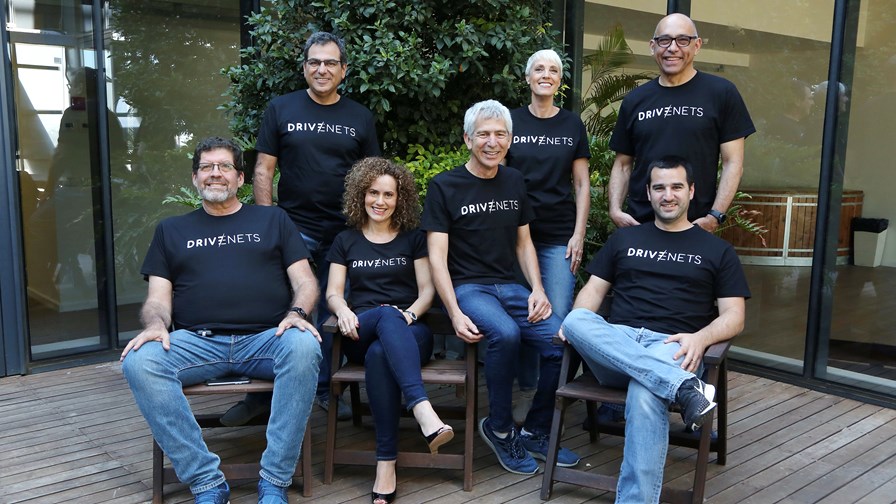 Virtualized telco router specialist DriveNets has raised $208 million in a Series B funding round that values the Ra’anana, Israel-based company at more than $1 billion.

The company, which boasts AT&T as its marquee customer, will use the new funding to further develop its software stack and help it to scale up and branch out into new geographic markets. The round was led by new investor D1 Capital Partners, with existing backers Bessemer Venture Partners and Pitango also participating with “significant follow-on investments.” In addition, Atreides Management has become a new investor.

DriveNets, which was founded in 2016, says the terms of the round value it at more than $1 billion, bestowing it with ‘unicorn’ status: It previously raised $117 million in 2019, so has now raised $325 million, which is actually quite astounding.

What is more significant, though, is that by attracting such investments and cementing its position in the data networking ecosystem, DriveNets has proven it’s possible to take on some of the biggest names in the telecoms networking technology sector – Cisco, Juniper, Huawei, Nokia – with software-based products developed for open, disaggregated network architectures and succeed.

In a nutshell, DriveNets has developed an IP networking software stack that, when deployed on high-spec white box hardware built using Broadcom Jericho2 processors, has the throughput and scale needed for core networking routing functions in telecoms and hyperscaler networks. AT&T, one of the telco champions of white box-based disaggregated network architectures, has deployed DriveNets in its IP core network as part of its drive to operate and scale its network in a more efficient and flexible way that also avoids vendor lock-in. (See AT&T takes critical step in building a new, open, disaggregated network.)

“Disaggregating the network architecture, as DriveNets has done at AT&T, demonstrates that DriveNets Network Cloud is changing the scale and economics of the most sophisticated networks in the world,” said CEO and co-founder Ido Susan in a prepared statement. “We are excited about the opportunities the future holds for us and have plans to disrupt more areas in the market. Our goal is to expand our product offerings and our reach to more leading operators and cloud providers.”

The company says it is currently “engaged with more than 30 service providers and cloud providers globally – in every region and at various stages,” but has not announced any commercial deployments other than at AT&T.

Of course, to get to the stage of attracting large investments and landing Tier 1 telco deals takes more than just having a bright idea and some good developers. In the case of DriveNets, it has co-founders with experience in the routing sector and a track record of developing startups and selling them to big name companies – CEO Susan (bottom row, far right, in the picture above) built up and sold self-optimizing network (SON) specialist Intucell to Cisco in 2013 for $475 million, while Chief Strategy Officer Hillel Kobrinsky (bottom row, one in from the right) launched, built up and sold web conferencing company Interwise to AT&T for $121 million in 2007. Those are very attractive CVs for investors.

But the DriveNets story shows that challenging the telecom networking incumbent vendors with software-based products developed for a more telco cloud, white box-oriented world is possible: In the not too distant past, when hardware development and physical box production was needed to take on the likes of Cisco, Juniper, Nokia, Huawei et al, it was very difficult to break into the market and develop a sustainable business – many a company tried to develop a competitive carrier-grade router for the telco market during the past 25 years, for example, only to crash and burn.

Things are different in the world of virtualization: DriveNets has taken on the carrier router giants and looks like it’s here to stay – and that should give some hope to the companies looking to make a name for themselves in the world of open, disaggregated networking, where software-based networking elements will be in demand if major operators such as Deutsche Telekom, Orange, Telefónica and Vodafone stick with their stated plans to invest significantly in Open RAN and other disaggregated network architectures.

What we don’t know yet, of course, is the scale of that eventual demand and just how many alternative vendors the market will be able to successfully support.

In the world of telco IP transport, DriveNets is not alone in offering virtualized routing systems for disaggregated networks: Boston, Mass.-based Volta Networks has raised $22 million (including $11 million in April 2020) as it takes its Volta Elastic Virtual Routing Engine (VEVRE) to market; while San Jose, Calif.-based Arrcus has raised $45 million as it takes its ArcOS network operating system and Virtualized Distributed Routing (VDR) platform to market.