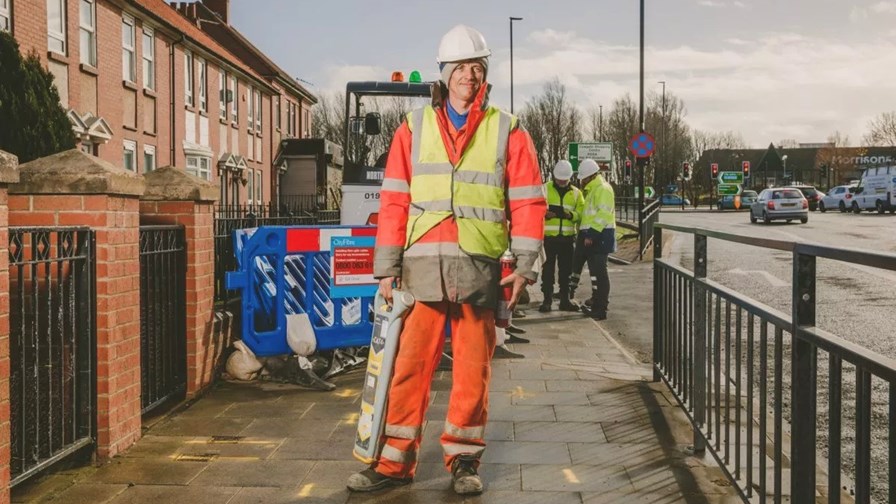 The UK fixed broadband sector has never been healthier, with household penetration levels hitting 89.2% at the end of June and retail subscriptions (consumer and business) topping 29 million, courtesy of a broad range of technologies that includes an ever stronger role for fibre, according to the latest statistics from research house Point Topic. But turbulent times lie ahead, it seems.

The market has been transformed in recent years, with billions of pounds of investment being poured into the UK’s broadband sector by the incumbents – Openreach, the quasi-independent fixed access division of BT Group, and Virgin Media O2 (VMO2) – as well as a growing number of alternative network operators (altnets) that raced through the door left ajar by CityFibre, the competitive wholesale network builder that dared to challenge the major operators. The capital investment community has faith in the returns the broadband sector in the UK (and other markets too) can deliver, it seems.

Those altnets are almost exclusively focused on building out fibre-to-the-premises/building (FTTP/B) access networks, as are the large incumbents: BT stated in its fiscal first quarter report that Openreach’s FTTP infrastructure now reaches more than 8 million premises, including 2.5 million in rural areas, and its total target remains 25 million; while VMO2 – traditionally a cable operator deploying DOCSIS technology but which already has more than 1.2 FTTP lines courtesy of the Project Lightning programme initiated in 2015 – announced in July 2021 its intention to replace its cable broadband network of 14.3 million lines with fibre access technology by 2028, and will be the anchor tenant on a new £4.5bn wholesale fibre access network that aims to reach up to 7 million premises and which is being funded by VMO2’s parents, Liberty Global and Telefónica, and investment firm InfraVia Capital Partners.

That’s a lot of work for the UK’s civil engineers right there… so much so, in fact, that it seems the UK government is worried there aren’t enough skilled workers to build out the country’s fibre networks and so is ready to ‘help’ the sector attract overseas workers to come to the UK by helping the sub-contractors that undertake the construction work to “understand the immigration system and receive an expedited service.” That offer, from the Home Secretary Priti Patel, was reported this week by The Times, just as Openreach workers were going on strike along with other BT Group employees. That’s interesting timing from a government that will tell you with a straight face that Brexit has been a success, just as the UK finds itself short of workers across any number of sectors key to the health, prosperity and security of the country… heaven help us Brits.

The Liberty/Telefónica/InfraVia joint venture isn’t the only recent funding news in the UK broadband sector: CityFibre has been beefing up its balance sheet with £4.9bn of debt financing to help it reach its target of 8 million premises passed, while the likes of Broadway Partners, Gigaclear, Lightspeed, Netomnia, Toob, Truespeed and Zzoomm have all attracted fresh backing in the past 10 months.

And while progress is not fast, Point Topic estimates that independent fibre broadband operators (the altnets) accounted for almost 2.8 million broadband subscriber accounts at the end of March this year, just short of 10% of the total. Point Topic says it tracks the activity of 112 ISPs across the UK and defines as “independent” any retail and/or wholesale provider that is not BT (or its units including Openreach, Plusnet and EE), VMO2, Sky, TalkTalk or Vodafone. Point Topic estimates that Hyperoptic, one of the more established altnets that has been focused on multi-dwelling unit (MDU) rollouts, has around 238,000 subscribers, while G.Network and Community Fibre have around 48,200 and just under 56,000 respectively, and rural area-focused Gigaclear about 53,000 customers.

The pressure from those altnets, many of which have been promoting price freezes and so-called ‘social tariffs’ to tempt users to churn from the bigger brands, is likely to grow as the market approaches saturation point and household and business (particularly small business) budgets are clamped in a macroeconomic vice by across-the-board rising prices (particularly fuel bills). With broadband connectivity now such an important part of consumer and business life, it’s hard to imagine the overall number of connections will decrease (and there are now various schemes focused on ensuring that low income households are not disadvantaged through a lack of digital connectivity).

The major players such as BT, VMO2, Sky, TalkTalk and Vodafone still dominate the market – BT’s various operations account for more than one third of all retail broadband connections – and while that means they have greater scale and often deeper pockets, it also means they have more to lose.

The question now is whether the altnets can continue to grow and become viable businesses – their funding won’t last forever and the market cannot continue to grow forever: The total number of retail connections at the end of June, at just over 29 million, grew by fewer than 87,000 during the quarter, significantly lower than at any time since late 2020.

And with so many players in the UK, there is now not only rampant competition but also increasing levels of overbuilding, which can be particularly tricky for newcomers: It’s often been shown that being the first to get a fibre line to a home or business is absolutely vital for survival for altnets.

All of this points to market consolidation, though this has been apparent for some time already: Almost a year ago we published the following article – UK FTTH/P sector set for inevitable consolidation, reckon operator execs – and shortly before that we pointed out that, while it’s clear there’s only room for so many fibre network builders and operators in a market the size of the UK, there’s always the danger that massive value would be destroyed, customers left in the lurch and competition squashed if the madness of the UK cable consolidation craze was allowed to repeat itself – see Memo to UK broadband sector – don’t screw up!

That message is still valid: Much of the UK has never had it so good in terms of broadband options and it’s important for the country’s future that the market doesn’t regress to a point where households and businesses have only one reasonable option for their fibre connectivity.

Whatever happens, Point Topic will be on hand to track the trends: It’ll be telling what its reports are showing by the time we get to 2024, when hopefully the worst of the current economic downturn is over and network rollouts are more advanced.