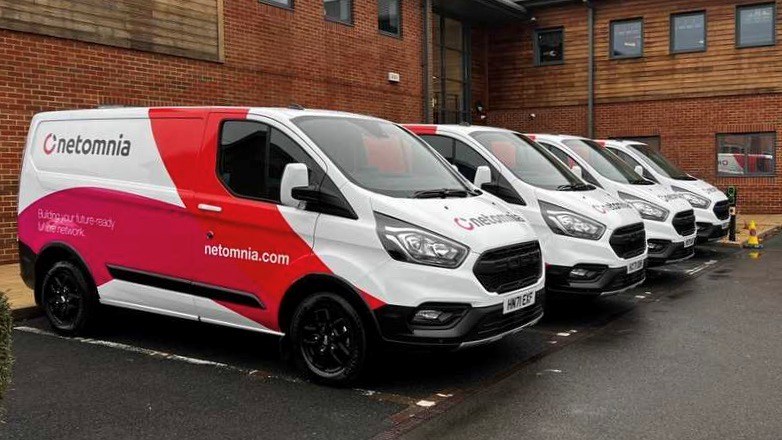 Competitive UK fibre-to-the-home (FTTH) network builder Netomnia and its ISP partner YouFibre have raised £295 million in a funding round led by DigitalBridge Investment Management, part of the DigitalBridge Group.

Existing investors Soho Square Capital and Advencap have also participated in the funding round, which comes only months after Netomnia and YouFibre raised £123 million in November last year.

Netomnia, which has been building out its wholesale fibre access network in multiple towns and the smaller cities across the UK, including Canterbury, Cheltenham, Gloucester, Guildford and Maidstone, that it believes have been neglected by the major operators, and has already passed 130,000 premises since it started construction in 2020 and aims to reach 1 million across England, Scotland and Wales by 2023. It is offering capacity on its network to retail ISPs, including its sister ISP YouFibre.

It is investing for the long term by deploying XGS-PON access technology from ADTRAN that enables symmetrical broadband speeds of up to 10 Gbit/s and making use of the passive infrastructure (ducts, poles) available via the Physical Infrastructure Access (PIA) offering from Openreach, the national wholesale fixed access operator that is a quasi-autonomous operation within the BT Group. STL (Sterlite Technologies) is one of the companies providing rollout services to help Netomnia reach its rollout target on time, while the operator is also sourcing fibre and passive technology products from the likes of Corning, CommScope and Prysmian.

Netomnia was founded in 2019 by Jeremy Chelot, the former CEO of another high-speed broadband challenger Community Fibre, which is mainly focusing its operations in London.

“We have known Jeremy for several years and are excited to partner with him in scaling the Group into a premier fibre-to-the-premises (FTTP) provider in the UK," noted Manjari Govada, Principal at DigitalBridge. "We have been highly impressed with the growth of the business and the best-in-class team he has assembled,” added Govada. DigitalBridge has been busy with various investments in the telecoms sector recently, most notably with a towers purchase in Belgium and funding for private network tech specialist Celona.

The UK is awash with fibre broadband investments, with dozens of companies such as Hyperoptic, GNetwork, Gigaclear, Trooli and Jurassic Fibre, taking different network rollout approaches, and using various business models, in a race to get fibre connections to Britain’s circa 30 million premises. According to Point Topic, FTTP networks built out by independent challenger network operators passed 3.4 million UK premises, while the national total was 9.8 million premises, or 31% of the total. (See British broadband: A market close to boiling point or still bubbling under? and The rise of the UK fibre broadband altnet.)

With so many small players having raised funds to challenge the major retail players such as BT, Virgin Media O2, TalkTalk, Vodafone and Sky, as well as wholesale giants Openreach and CityFibre, consolidation is inevitable: Will Netomnia be a consolidator? Or be one of the many that will be snapped up by larger players? (See UK FTTH/P sector set for inevitable consolidation, reckon operator execs.)

Any company with an eye on Chelot’s company will have to dig a little deeper now...