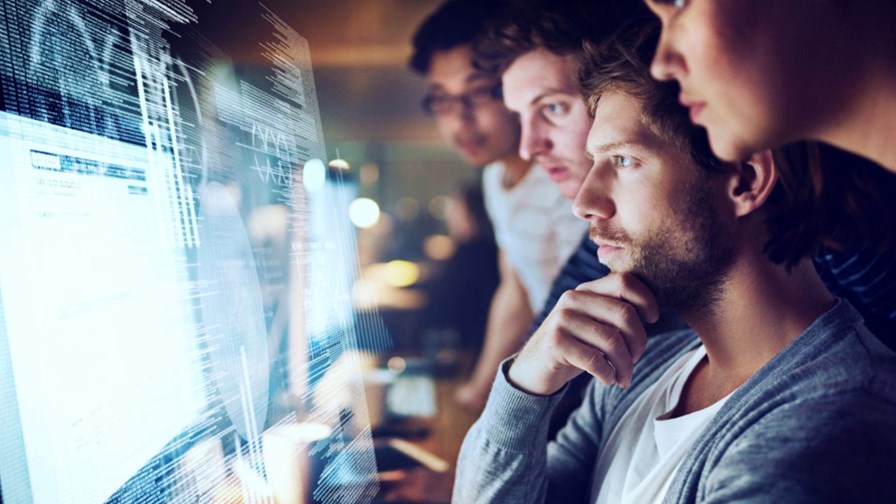 BT’s move to provide enhanced performance and service management for its multinational customers and the latest news from the hyperactive UK fibre broadband sector lead the way in today’s industry roundup.

BT has teamed up with Cisco to offer enhanced service performance to its multinational customers using the Cisco ThousandEyes Cloud and Internet Intelligence platform, which, according to BT, can identify faults and performance issues at any point across a network, including cloud platforms. “Troubleshooting poor user experience is a huge pain for customers. The longer the outage, the bigger the consequences for the business,” said Scott Cowling, network solutions director, BT. “Working with our partner Cisco, we’ve launched a managed service based on ThousandEyes to cut through the complexity of modern connectivity, deliver digital resilience and enable customer success.” Read more.

ADTRAN has been busy ramping up its presence in the burgeoning UK fibre broadband sector, where, according to the company’s EMEA & APAC CTO, Ronan Kelly, it is providing its technology to about two thirds of the 50 or so companies now building high-speed fixed access networks across Britain. Just today it has announced the provision of its software-defined XGS-PON technology to Netomnia, one of the many new names on the UK fibre broadband market, and a deal to supply Wildanet, which is building out a new network in the county of Cornwall, with its Total Access 5000 10G fibre access platform with XGS-PON technology.

Talking of which... UK government plans call for Gigabit broadband coverage to be available across 85 per cent of the country by the end of 2025, and the latest statistics show that the plan is more than halfway to completion. As of today, Gigabit access (either full fibre and/or DOCSIS 3.1) covers 50.23 per cent of all UK properties. Deployment of the ultra-highspeed infrastructure is accelerating as the numbers of suppliers continues to grow. Leading the charge are Virgin Media, Openreach (BT), CityFibre and Hyperoptic, plus a range of other local and regional companies. This time last year Gigabit coverage was 26.9 per cent, little more than half of what it is now. The only downside is that Gigabit broadband access is patchy across the UK with, for obvious reasons, most of the availability in cities and conurbations, together with few remote rural regions that have been part of special initiatives. The government says things will even out over coming months and that the country is well on track to hit the 2025 target. While there is much positive energy at this week’s Connected Britain event in London, not many at the show think the target will actually be reached, though not for want of trying.

While on the subject of remote rural areas a UK company, Stratospheric Platforms Limited (SPL) of Cambridge, England, is looking to boost 5G connectivity in the Highlands and Islands of Scotland as well as across the rest of Scotland via its hydrogen-powered HAP (High Altitude Platform) system which will deliver wide area, high data rate, flexible, telecoms capability. Operating hydrogen-powered unmanned aircraft out of Prestwick Airport on the Scottish west coast, each Stratomast HAP can cover an area of 15,000 squares kilometres and simultaneously provide home broadband services to homes and businesses in rural and remote areas as well as 4G and 5G mobile phone coverage on standard mobile handsets. A fleet of 21 aircraft, capable of providing 100 per cent coverage of Scotland will need just eight offshore wind turbines to generate the power needed to produce hydrogen from sea water. The company claims year-round service availability will be greater than 99.9 per cent. And, of course, there will be no need for ground stations, towers or other infrastructure. The company is backed by Deutsche Telekom and plans call for SPL to provide full geographic ubiquitous telecommunications coverage not just across Scotland, but, in due course, also the whole of the UK and large parts of Northern Europe. Wow!

The venerable International Telecommunication Union (ITU) may no longer wield the power and influence it had back in the glory days of the huge telecoms exhibitions and conferences it ran back in Geneva back in the 1990s and early 2000s, but important work in development telecoms continues. Today the ITU announced the launch of the “Partner2Connect Digital Coalition” to “foster meaningful connectivity and digital transformation in the world’s hardest-to-connect countries.” The coalition will work through a “pledge and commitment” mechanism to be launched in early in 2022, providing a platform for governments, private sector companies, philanthropic entities, UN agencies, international or regional organisations, civil society, youth organisations and academia to make financial, policy, advocacy, and programmatic pledges. The world’s 46 least developed countries (LDCs) are still struggling to extend connectivity to all their populations even as the Covid 19 pandemic forces more and more economic, educational, and social activities online. While it is true that the affordability and range of broadband coverage is gradually improving in some LDCs, 75 per cent of people across all the least developed nations have yet even to begin to use the Internet. Doreen Bogdan-Martin, Director of the ITU Telecommunication Development Bureau, said, “In the wake of the COVID-19 pandemic, the ITU has re-doubled its efforts to help countries rapidly expand connectivity to connect the 3.7 billion people who are still offline, along with the millions of communities around the world where connectivity is still too poor to offer meaningful benefits. Based on the principles of inclusion, partnership and SDG-focused digital development, the Partner2Connect Coalition can pave the way to the Global Digital Compact and the 2023 UN Summit of the Future.”

A satellite broadband service battle is shaping up in the stratosphere as supporters line up behind OneWeb, the UK government-backed operator that is dragging itself back into contention following a near fatal flirtation with bankruptcy, and Starlink, the Elon Musk-backed constellation that aims to dominate the provision of connectivity services from space. OneWeb had looked somewhat frail as recently as 14 months ago, when it lurched out of bankruptcy protection with a fiscal leg up from the UK government and India’s Bharti Global, since when it has attracted a number of other stakeholders, including Korean conglomerate Hanwha Systems Co., Eutelsat, SoftBank, Hughes Network Systems and others as it builds out its planned network of 650 low earth orbit (LEO) satellites, of which 322 are already in orbit. It has also attracted big name telco friends, including BT and, most recently, AT&T. Now, according to The Daily Telegraph, the European Union is mulling an investment in the company, a move that would tie in with its efforts to support regional tech players (even if headquartered in a non-EU member state). Any such investment would boost OneWeb in many ways, and make it an even more viable alternative to Starlink, the satellite broadband operation of Musk’s SpaceX. Starlink is already providing early services to more than 100,000 users from about 1,700 satellites, and is reportedly set to come out of ‘beta’ operations next month. It has clearance to launch and operate about 12,000 satellites and is believed to want to launch even more to improve service delivery capabilities: That plan, with Musk’s substantial financial power behind it, and its relatively advanced stage has already attracted telco supporters, most recently KDDI, which will use Starlink for backhaul connectivity from about 1,200 rural locations from next year. Meanwhile, Amazon is keen to get in the act too with its Kuiper project, but it has yet to launch any satellites. There’s a great deal of activity right now in the terrestrial fixed and wireless broadband sectors as investments in FTTH/P and 5G continue to ramp up, but watch the skies too because there’s a very interesting story shaping up in the sky.