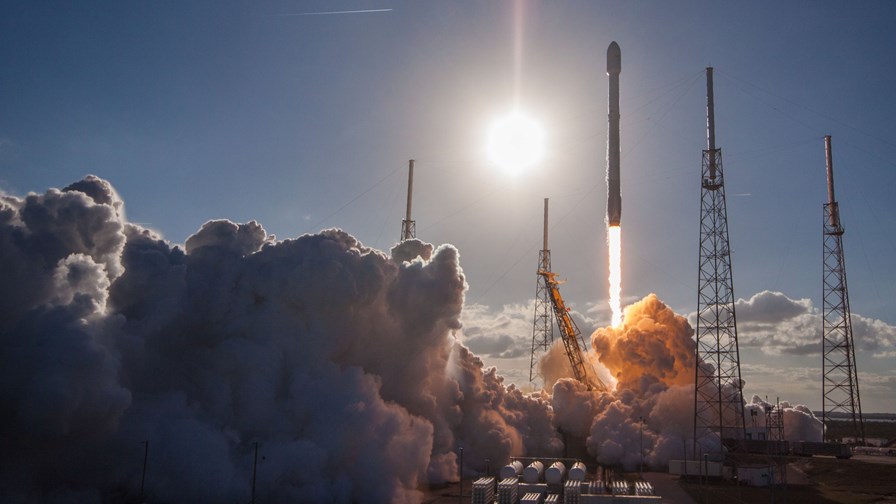 Earlier this week when Paris-headquartered satellite company Eutelsat announced that it had taken a 24 per cent, US$550 million stake in the broadband satcoms outfit OneWeb, the French company presented the investment as a coup and a successfully executed, strategic and potentially money-spinning move into the low earth orbit (LEO) satellite network sector.

Eutelsat's current global satellite fleet comprises 39 satellites parked in geosynchronous orbit 35,786 kilometres above the Equator. Another, the company's 40th, will be operational soon, OneWeb satellites are circling the earth at 1,200 kilometres. So far 182 are up there out of a projected full complement of 648 LEOs. So, that's Eutelsat's story but what about the UK government's take on the deal?

Last year the British government rescued the OneWeb from US bankruptcy with a $500 million investment. The Indian multinational conglomerate Bharti Global also paid half a billion dollars for its share in what, at the time, was a moribund and defeated company. The UK saw the re-purposing of the OneWeb system as a moderately quick and comparatively cheap way to cock a snook at the European Union after Brexit Britain lost its membership of, and access to, the Public Regulated Service of Europe's Galileo programme despite having ploughed $1.8 billion of British taxpayers money into helping to develop the project.

During the brief, bitter and fractious premiership of Theresa May, her administration mooted building a home-grown, satnav system, the "British Global Navigation Satellite System'' (BGNSS), which would be an independent rival of both Galileo and the US GPS system. The trouble was that OneWeb was not designed to be a GPS system - as industry analysts and the technology trade press pointedly pointed out at the time.

Nonetheless, Theresa May presented the national ignominy of being expelled from membership of Galileo as a triumph of British international exceptionalism and said the exit would permit the UK to build its own stand-alone GPS satellite constellation for "about $8 billion". Evidently never anything more than the most wishful of (custard) pies in the skies and never a properly costed and realistic possibility, the price of the proposed system quickly rocketed to interstellar heights although no actual BGNSS rockets ever made it off the launchpad.

When May went tearfully into the night so did any pretence that the UK could go it alone with national GPS project and the decision was taken to-jig the OneWeb LEO system to double-up as a navigation and timing system for which it was not designed and which may yet be prove to be technically unfeasible.

Now, with Eutelsat, a tried, tested and eminently competent geostationary satellite company also a part of the growing OneWeb consortium the UK government is quite happy to dilute it's holding in in the hopes that it will somehow be able to jury-rig connections to the Eutelsat system to provide a proudly (sort-of) British GPS system. There is talk of red, white and blue laser traffic playing back and forth between the little OneWeb LEOs and Eutelsat's big geosynchronous birds. Unsurprisingly, details of quite how the technology would work are not forthcoming. One thing's for sure, it's going to be a challenge as tricky as emptying the Atlantis Ocean with a small garden sieve and a Uri Geller bent teaspoon.

OneWeb's revenues will be $1 billion a year "within three to five years". Maybe.

The total financial assets of OneWeb now stand at $1.9 billion, which, the company claims, constitutes 80 per cent of the entire funding needed to make the scheme a rip-roaring flyaway success. Time will tell. A statement from Eutelsat reads, “In a context where LEO features will enable the extension of the addressable market for satellite operators well beyond their current reach, the complementarity of Eutelsat’s and OneWeb’s resources and assets is expected to optimize both companies' commercial potential thanks to Eutelsat’s strong commercial and institutional relationships, recognized technical expertise and global geostationary fleet, and OneWeb’s ability to address the multiple applications requiring low latency and ubiquity."

Eutelsat reckons that  OneWeb will be generating "annual revenues of circa $1 billion within three to five years following the full deployment of the constellation, with a partnership approach and profitable wholesale business model." However, that estimate takes no cognisance of the fierce competition that will arise if/when the more expensive and very much bigger rival systems, financed by the two richest men on earth, enter commercial operation. "Project Kuiper", a pet project of Jeff Bezos of Amazon will comprise 3,236 LEO satellites while Elon Musk's SpaceX Starlink system will have over 4000 LEOs of which 1200 are already in orbit and service will commence "in the mid-2020s."

Another downside is that LEOs like OneWeb, Starlink and Kuiper are designed with a short lifespan of about five years. When their positioning fuel is exhausted the orbits will degenerate the satellites will re-enter the earth's atmosphere (sometimes under automatic control and sometimes not) hopefully to burn up before hitting the ground. In-space replacements will be flown in from further out but eventually multiple new launches of new satellites will be needed to keep the service in operation.

There are now well over 32,000 objects in earth orbit, most of them being dead satellites complemented by bits of space junk, some no more than a few centimetres in size, all hurtling around at 17,500 miles an hour and every piece of junk is capable of bringing down both operational satellites and manned spacecraft, including the International Space Station. They are being tracked from the Vandenberg Air Force Base in California by the 18th Space Control Squadron and it is accepted that the more items there are in orbit, the greater chances there will be of a catastrophic accident. Another 9,000 or so new LEOs will further shorten the odds.

And as for the UK's aspirations, well, if OneWeb flops the EU is indicating that, in due course, it will allow a chastened UK back in as a member of Galileo once the scars and bad-feelings over Brexit have to some extent healed. It sounds like a pragmatic and sensible solution, but could be years away.