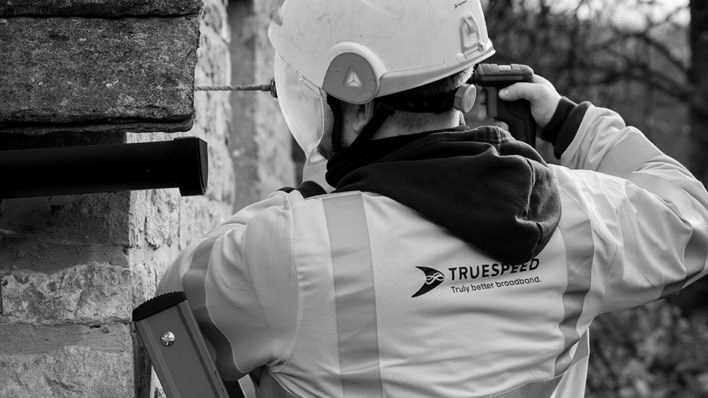 The latest investment in the UK’s fibre broadband infrastructure, a significant separation for Rakuten and an important new law in the UK lead the way in today’s news roundup.

UK fibre broadband altnet Truespeed has raised a further £100 million in funding from Aviva Investors, which previously funded the firm to the tune of £75 million. Truespeed says the investment will enable it to “accelerate the roll-out of its ultrafast, gigabit-capable full fibre network to more homes and businesses across urban, semi-rural and ultra-rural areas of South West England.” Read more.

Rakuten Symphony, the Open RAN networking product, solution and services unit of Rakuten Mobile, is now its own operating entity, albeit still 100% owned by Rakuten. The Japanese firm is keen to set Symphony free so it can make the most of its global opportunities to be a systems integrator and vendor to operators, enterprises and governments, as Rakuten announced in October. For the full details of the latest move towards independence for Symphony, see this press release.

The National Security and Investment Act has come into effect in the UK, allowing the British government to intervene in M&A deals that might impact ‘national security’. The Act is designed to ensure that companies operating in critical sectors, such as AI, communications, data infrastructure, quantum technologies, satellite and space technologies and more, do not get snapped up by foreign companies that could compromise the UK’s security. It is regarded as a potential barrier to takeovers of companies such as BT, which, of course, was the subject of much M&A speculation towards the end of 2021 as billionaire businessman Patrick Drahi increased his stake in the national operator to 18%. It is also seen as a way to intercept acquisitions such as the purchase last year of Newport Wafer Fab by a Dutch company that is a subsidiary of a Chinese firm, a deal that is still under retrospective review by the UK’s National Security Advisor.

Swisscom has teamed up with printing company Orell Füssli to develop trustworthy, forgery-proof and intelligent digital certificates, designed for use by citizens, companies and public authorities. Swisscom says such digital certificates can be used to verify age, check job applications and finalise contracts, among others, and their implementation can increase efficiency and cut down costs. Read more.

There appears to be much excitement that Apple has become the first company to carry a market value of $3 trillion (albeit briefly, so far). If this floats your boat, you might want to read this Sky News article.

There’s a lot of M&A activity pending and underway in Europe, as we have noted elsewhere today, but there’s plenty of action elsewhere in the world...

In New Zealand, 2degrees and Orcon have announced a merger, valued at NZ$1.7 billion (US$1.15 billion), to create the country’s third largest operator after Spark and Vodafone. Read more.

And nearer the equator, Taiwan Mobile has agreed to merge with a smaller operator, Taiwan Star Telecom (T Star), a deal that will give the former a further 100 MHz of crucial spectrum in the 3.5 GHz band for 5G services, reports Focus Taiwan.

We can also expect to hear a lot more about 6G this year... In Japan, the Nikkei has reported that NTT is planning to build and operate a pilot 6G network during the 2025 Osaka World Expo.

In the US, tension is rising between the aviation industry and the major mobile operators, with AT&T and Verizon refusing to further delay the rollout of their 5G services near airports amid concerns of potential interference between the cellular signals and aircraft safety systems, reports CNN.

Huawei is expecting to announce a near 30% year-on-year dip in full year revenues to 634 billion yuan (US$100 billion), rotating Chairman Guo Ping announced in the company’s New Year message, showing just how great an impact that US sanctions, political pressures and the global chip shortage have had on the Chinese vendor. “In terms of strategy, we will continue our focus on ICT infrastructure and smart devices. While leveraging the strengths of our broader platform, we are breaking new ground with domain-specific subsidiaries and integrated teams to shorten management chains, responding more nimbly to our customers' needs, and creating greater business and social value than ever before... 2022 will come with its fair share of challenges, but we will keep working closely with our global partners to overcome the difficulties we face, improve business performance, and strengthen our foundations. We will continue investing in the future and creating value for our customers and partners. In the end we will not only survive, but do so sustainably,” noted Ping, defiantly. Read the full New Year message here.