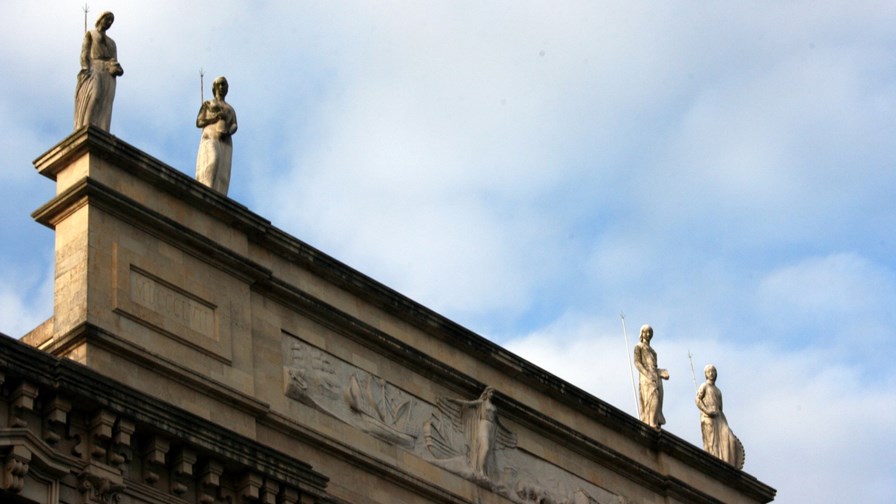 For years, if not decades, regulators have had to forcibly wrest control of the network away from incumbents in order to level up markets, while telcos have approached network-sharing arrangements with extreme caution, to give but two examples. It's an expensive business, but rolling out networks is in their DNA, even as they talk up the transition to the digital service provider model.

Thus it is unusual to come across a deal like the one that has reportedly just been inked in Spain between Orange and Banco Santander. Under the terms of the tie-up, Banco Santander will invest €400 million in the rollout of fibre to 3 million homes and businesses, leasing the network to Orange.

The news originally came from Expansión but has been widely re-reported in the Spanish press. It appears to be a credible report, although there has been no formal confirmation from either Orange or Banco Santander.

Essentially, Orange wants extend its fibre network but lacks sufficient funds – according to ADSLZone, which has shared all the details of the reported deal, that is – and therefore has gone cap in hand to the bank. It's not the norm, in telecoms, but it does make sense. The investment community has flocked to the infrastructure space and its solid returns in recent years; this is just the next logical step for an institution like Santander.

Meanwhile, Orange gets to push on with its network rollout without having to come up with the cash. And it appears that it will ultimately take ownership of the network anyway.

The details are a little unclear, but the pair are said to have signed a 20-year deal. However, ADSLZone notes that "market sources" have confirmed that Orange will be the sole owner of the infrastructure within four years, which is the period of the build.

The deal covers the four-year period between the start of 2020 and end-2023 and therefore also includes infrastructure Orange has deployed this year to date.

Orange is playing catch-up in the Spanish broadband market and this deal could be a useful boost to its ambitions.

Its 14.8 million FTTH subscriptions as of the end of last year put it comfortably in second place in the market, but still some way behind Telefonica's Movistar, which had 23.1 million, according to the CNMC's latest figures. Third-placed Vodafone has more than 11 million next-generation accesses including FTTH and HFC, while even smaller player Masmovil has a credible footprint with just over 8 million.

As the figures suggest, Spain is a highly developed and competitive fibre market. Telcos are creative with their pricing plans and have rolled out flexible offers to attract and retain customers (see: Spanish telcos offer fibre flexibility with students in mind).

Spanish users want fibre. Figures prepared by IDATE for the FTTH Council Europe earlier this year show that Spain ranks fourth in Europe in terms of fibre take-up with 54.3% of households having an FTTH subscription. Further, Spain added the second-largest number of FTTH connections – 1.65 million to be precise – in the year to September 2019.

With that kind of demand, telcos have to explore all avenues in order to provide it...and to pay for it.