A Ferrytale of New Ports: 4G/LTE private networks will likely do the heavy lifting 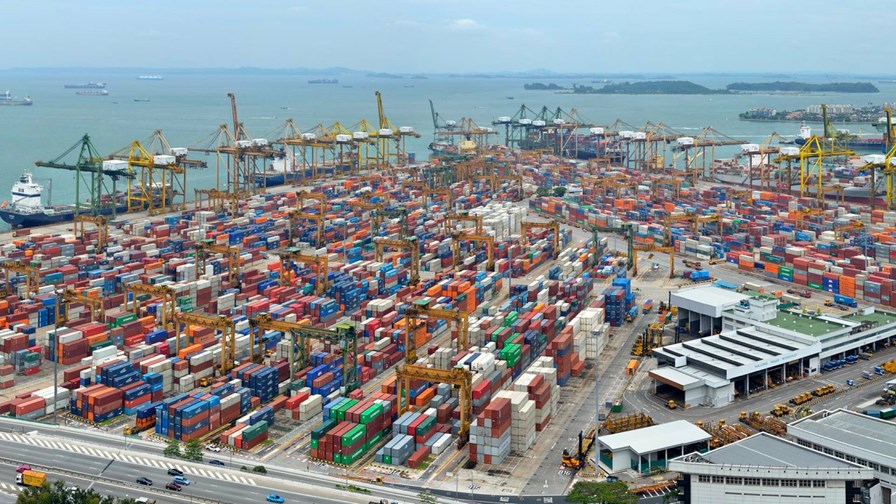 A new report from the Small Cell Forum (SCF), the industry organisation championing network densification worldwide by accelerating the deployment of small cell technology, makes the point that whilst 5G will have a massive future role to play in seaports across the whole world, the many 4G/LTE private networks already in place will still retain utility and value when 5G finally makes it to the wharf edge and beyond. Furthermore, current commercial deployments based on 4G technologies and the many private 4G/LTE solutions available today will migrate seamlessly to private 5G networks in due course.

Ports have been vital to world trade and economic development throughout history, they are of strategic importance and their economic significance will only increase in years to come. As digital transformation sweeps the globe both seaports and airports are also transforming. "Can ports change the world – again? Connectivity requirements, small cells and private networks" is a well-written and accessible report flowing from the SCF’s ongoing work on private cellular networks which shows that private networking technology is a significant opportunity for service providers, enabling new business models and tailored services.

Furthermore, it allows users and customers to integrate sensors, machines, personnel and vehicles across a wide range of applications and usage scenarios and sets out a list of requirements as provided by 12 anonymised European ports, itemising operational imperatives, development plans, examples of digital projects and real-world private network trials already underway.

The evolution of ports and docks is a complex process and varies according to the size, position and activities/specialities of individual ports themselves. Thus transformation cannot be a 'one-size-fits-all' proposition, however, the sector, worldwide, is working towards a future where autonomous 'smart-ports' will be the norm where, for example, ships will be loaded and unloaded by automatic cranes, and containers and cargoes driven away by self-driving trucks, all coordinated from a central remote-control room. This will greatly boost efficiency and lower emissions.

Obviously, the IoT will be vital, not only in permitting the efficient tracking of goods but a myriad of sensors will also collect masses of data around a plethora of subjects including tidal streams, wind strength and visibility, helping to reduce vessel waiting times and automatically guiding crewless ships into berth thus providing big cost savings on every trip. And now some ports even have a "digital twin", a virtual version of the concrete and steel reality, which enables operators to run different scenarios, using real-time information to improve decision-making, problem-solving and help predictive planning. Meanwhile, blockchain is also gaining a lot of interest: it offers a way of securely linking the disparate systems that shippers, port operators and hauliers use to record and track goods, whilst reducing the time spent manually re-entering data.

All the above applications, and more, are predicated on robust, secure and, in the great majority of cases, mobile connectivity and port authorities and managers will naturally look to the availability of 5G to enhance their extant systems. Ports have had networks of fixed, cabled infrastructure in place for many, many years but secure and strong private mobile networks are needed to supplement and complement wired dockside environments, and, with the proliferation of IoT and multiple data points, 5G will have definite advantages over 4G and Wi-Fi particularly where bandwidth, latency and resilience are concerned.

Furthermore port organisations will want to manage their own networks and this intent is reflected in a recent Deloitte report which says that seaports, airports and "logistic hubs", being early adopters, will account for some 35 per cent of the private 5G network market between now and 2025.

How now, smart scow? Partnership and co-operation at local, regional and global levels

Also underway is a trend towards multi-port partnerships and co-operation. One example is the Connected Ports Partnership, a global collaboration between several major operators and seven different ports, (Los Angeles in the US, Gdansk in Poland, Gothenburg, Sweden  Helsinki, Finland, Hamburg, Germany, Rotterdam, The Netherlands and the Port of Tyne in the UK), the aim being to share data to increase efficiencies, cut costs and reduce emissions with a shared logistics system allowing participants to pool data and resources and adopt shared technology to develop between them a mutual platform for monitoring shipping and environmental data.

Initiatives are regional as well as global. For example in the UK the North East Smart Ports Testbed consists of five ports co-operating in the assessment of technologies including AI, data analytics, unmanned marine vessels, airborne drones and satellite-based systems to make ports more ‘intelligent’. The testbed is also looking to ways to speed up  trade, increase efficiency and reliability, reduce costs, enhance cargo tracking capabilities and improve security. Meanwhile, another project, the 2050 Innovation Hub, is focusing on port automation and real-time information as well as trialling open data systems such as blockchain. A key aspect of the initiative is that vendors and operators are being invited to test their technology at a number of ports.

The SCF paper also analyses the scope and effectiveness of the "EU Horizon 5G-MoNArch''digital initiative or "The 5G Mobile Network Architecture for diverse services, use cases, and applications in 5G and beyond" to give it its full appellation. The report focuses on an unnamed major port situated between the North and Baltic Seas. designated as a "universal port" (in that it does everything any port anywhere might or could do) it handles some 8,000 ships per annum. It has 300 berths and 43 kilometres of quays with four state-of-the art container terminals, three cruise terminals and 50 facilities for roll-on/roll-off traffic and all kinds of bulk cargo. Furthermore, the port caters to and interacts with 7,300 logistics companies within the local city limits. It is obvious that the port will benefit greatly from deployment of 5G and the technology is currently being field-tested in real-world conditions.

That said, the debate around the efficacy, desirability and relative benefits of public versus private networks in port environments continues. The SCF report concludes that it's a matter of horses for courses. In some cases public networks might have the edge (if you'll forgive the pun) where huge ports covering a really big geographical area are concerned while private networks will have the advantage under other scenarios. For example, container terminal operators will be keen to implement private networks because they are inherently more secure than private ones but the bigger the private network, the more expensive the cost.

The answer will be a hybrid approach between a localised and highly secure  network deployed and managed by the port itself within limited geographical confines and an operator-provided secure public network outside that. What is not disputed by either camp is that there will be a major role for small cell technology and that interconnected wireless, fixed wireline, satellite and fibre solutions will be the necessary norm. Meanwhile the debate between port authorities and port users about who decides what to do, when, where and how. is just heating up. In the end though, proof of the smart ports concept will be achieved when they are agreed to be fit for porpoise.