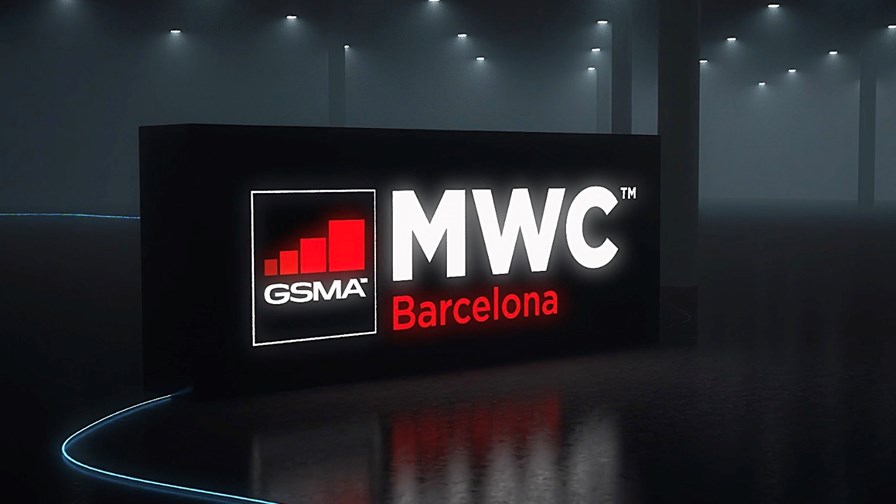 With only five weeks until MWC22 opens its doors, it’s time to think about the most important topics that should be discussed in Barcelona among those that make it to the Catalan city for the show, and for me there are five key areas of focus that should be the main talking points – Security, Cloud, Open RAN, Private networks and Energy efficiency (or SCOPE, because I like an acronym...).

Now, before I dive into this hardly contentious quintet, I should point out that this is my view only – this isn’t reflective of any agenda set out by the show’s organizer, the GSMA, or anyone who’s been bending my ear recently. This is simply my take on the five most important topics that should be discussed by the industry in the run up to and during MWC22 week (whatever the in-person/virtual mix), and I’ll explain why below.

And I’ll tackle them in the acronym’s order. (NOTE: I’m not saying that any of these topics is more important than the others, just that all five are ‘hot,’ though I’m happy to discuss any and all related matters over a glass or five of vino collapso in a Barcelona taberna, should anyone be so tempted...)

S is for security

Still not getting the profile it deserves, network, application, platform and device security should be part of pretty much any conversation during MWC22, especially as network operators fight for the attention and dollars of enterprise users, who would surely ask about security and service level agreements (SLAs) before feeds and speeds.

There’s no denying that network security doesn’t get the proportionate invest in time, tech and human resources that it deserves in the telecoms sector, but it’s also one of the hardest parts of any strategy to address and for non-specialists to understand. And it’s constantly morphing as operators adopt more distributed and increasingly open network architectures and rely on third party platforms... and then there’s the debate about whether open networks are more or less secure than legacy/traditional systems.

But it can’t be ignored or pushed to the side -- security guarantees are part of the table stakes for being in the communications networking and services sector and operators need to figure out how they can deliver on SLAs and protect themselves and their customers in a world of growing cyber threats. And, importantly, spending on security specialists and technology must absolutely not be seen as simply a cost – it’s an investment and one that can generate new revenue opportunities, especially in the managed services sector.

C is for Cloud

The ‘c’ could also stand for ‘crunch time’ because that’s where we’re at in terms of network operator cloud strategies in 2022 – the time for ‘wait and see’ is over. Why? Because there’s now too much at stake as 5G strategies mature and rollouts become denser and more hybrid (particularly in the radio access network where virtual RAN options are increasingly attractive) and competition for disposable income further intensifies. Telcos need to get their digital services up and running if they want to be treated as anything other than a dump pipe by customers, and this goes for the consumer as well as the enterprise market.

They also need to take advantage of the power, flexibility and applications that cloud platforms can provide (whether on public or private cloud platforms), so now is the time for the operators to figure out which functions run best on which platforms so that full advantage can be taken of the capabilities on offer.

Again, it will be different for all operators – some, such as Dish Network in the US, are going all in on public cloud, while most are adopting a mixed approach. Many are trying out key systems, including mobile core functionality, on public cloud platforms, but testing the real-world operational waters first with smaller subsidiaries – Telenor is a great example of this, with its AWS-hosted mobile core platform for its MVNO operation in Sweden.

But for many operators, the public cloud is not the answer for everything: The key for the operators is to figure out what is best for them, from an operational, functionality and cost perspective, and commit.

And this is where industry events such as MWC play a vital role, because the operators need to be able to talk to each other and find out what has been working for others, the approaches they’ve taken and which potential partners can deliver on their promises. Such conversations are vital for the decision-making process, and the scheduled and chance encounters that an industry event can bring can make a real difference to strategic directions.

There’s also a big onus on the vendor community to prove that so-called cloud native functions are exactly that... don’t bother showing up with anything that can’t be dropped onto a public cloud or run in a Kubernetes environment. It’s a shame that this is even still a talking point in 2022, seeing as how major operators have been demanding this for at least six years, but it is.

O is for Open RAN

Love it, loathe it, or couldn’t give a figgy pudding about it, the fact is that Open RAN will be a massive talking point during the next six weeks (and beyond) because in many ways it’s still a big unknown, despite having the ongoing support of many of the world’s largest network operators.

There will many Open RAN discussions in the bars, hallways and inevitable MWC queues... Has Dish Network launched commercial services using its Open RAN-based, AWS-powered greenfield 5G network in Las Vegas yet, and will its gamble pay off? (I know, I know... but I couldn’t resist...) Is Vodafone’s initial integration of Open RAN technology into its commercial 5G network in the UK much more than a PR exercise? Is an Open RAN deployment more hassle than it’s worth? Do mobile network operators really need greater vendor diversification? How successful will the likes of Rakuten Symphony and NTT DOCOMO be as they take their integration and cloud-based tech portfolios to the global market? Is the Open RAN market really taking off? (The answer to the last one is ‘Yes’, according to Dell’Oro Group.)

Such questions might still be as relevant in February 2023, though one would hope not for Dish’s sake.

But I think the behind-closed-doors Open RAN conversations will largely be focused on the role and potential of the RAN Intelligent Controller (RIC), the element that will act as the intelligent heart of Open RAN deployments and, in theory, usher in the innovation and enable the greater tech partner diversity that underpins much of the support for Open RAN. There are already a number of companies talking about RIC developments (think Mavenir, NEC, VMware, Juniper Networks) and many more developing the xApps and rApps that will run on the RIC platforms – expect to hear from more companies talking about their RIC-related developments during the next six weeks.

But the really big question is.... will any company attending MWC22 be tempted to use the vocal talents of a still-popular British pop crooner Rick Astley to draw attention to their wares? Never Gonna Give You Up is exactly what a vendor would want its operator customers to be saying about its technology... RICrolling could be the next big telecoms craze... (OK, I’ll stop now).

P is for Private Networks

So hot a topic you could burn your lips just talking about it... There’s a frenzy around the private wireless networks sector right now because nobody wants to miss out on the action and be relegated to a bit part (or no part at all).

And while much of the heat right is around the use of 5G in private network builds, it’s about so much more than that... the market has been building for a couple of years already with 4G/LTE and Wi-Fi as the key enabling technologies, and now 5G is stoking the fire, along with the availability of dedicated spectrum for enterprise use, the greater availability and suitability of virtualized RAN and core functionality, optimized edge compute and storage systems and dedicated applications for specific industry verticals, not to mention the ongoing buzz related to ‘network slicing’.

There’s a real sense right now of a land grab and a real sense of urgency amongst the operator community that they need to be regarded as the lead partners that can help enterprises with their private network needs, because right now they are not. (See Private 5G: It’s looming, but what can telcos bring to the party? And are they even being invited.)

And even now, nearly every day brings fresh news of private wireless network developments of one sort or another – just today we have news of Ericsson helping Telstra to big up its private network credibility, while Germany and France are bankrolling some private network application development consortia. And at the end of last week, giant US cable operator Comcast, which has a sizeable business services operation, teamed up with Nokia to take its offering to the US enterprise market.

But exactly how big is this whale? If you find anyone who knows, please point them in our direction... (See Sizing the private 4G/5G opportunity is harder than it looks.)

E is for Energy Efficiency, for cost and strategic reasons

There are two key reasons why this is of paramount importance for the industry right now.

The first is operating expenditure (opex). Energy bills can account for as much as 80% of a mobile network’s running costs, and as mobile networks become denser and more distributed, operators really need to ensure those costs are going down and not up, so they need to figure out how to use less power from the grid and how to generate more of their own energy, if they can. There are lots of efforts and initiatives underway but which deliver the best results? And are there any that are suitable for all operators in all markets? What can done at the component level by the chip suppliers to further reduce power consumption by network elements? And how can the latest network management tools help?

Vendors need to be bringing their A game to Barcelona and operators need to leave with a very clear picture of what’s possible and what they should do next. Sitting on hands is not a viable option, folks!

And, of course, it’s not just about cutting costs: There are sustainability targets to be hit as well and all energy efficiency measures will help to reduce the carbon footprint of any company in the telecoms ecosystem. These targets aren’t just for ‘look how great we are’ marketing purposes either – customers care about such matters and so, increasingly, do the capital markets, as it’s cheaper to borrow money if targets are being set and hit, so there are many social, customer care and economic reasons driving the move towards greater energy efficiency.

And there’s no doubt the telecoms industry is taking this more seriously too – here are just a few TelecomTV headlines on this very topic from the past couple of weeks (during which we held our Green Network Summit):

So there you have it, my SCOPE take on MWC22. I plan on being in Barcelona for the show and finding out what else is taxing the industry’s collective grey matter. But as we know things can change very quickly these days, so if I don’t make it and you do, be sure to let me know what else is in the industry’s list of hot topics.