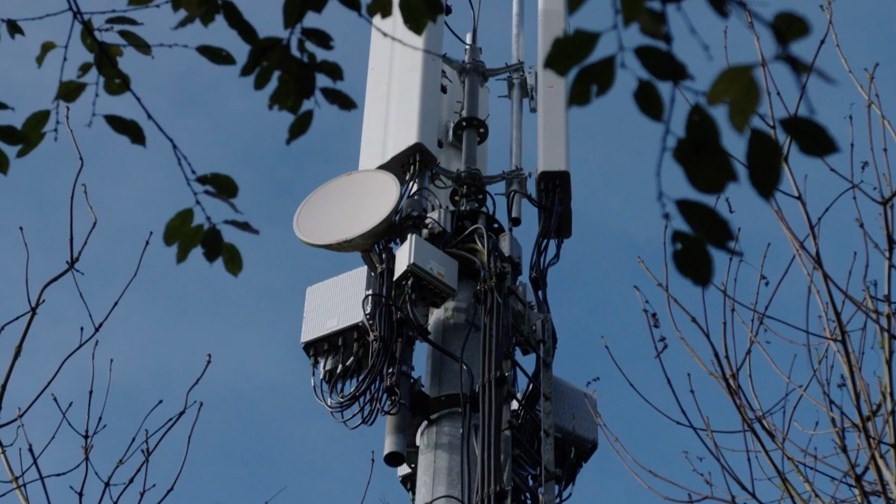 Vodafone has switched on its first commercial site featuring Open RAN elements as part of its commitment to deploy the disaggregated radio access network architecture at 2,500 sites in the UK by 2027. The site is just outside the city of Bath and is carrying live 5G traffic, says the operator.

Vodafone’s own team has been running the planning and integration programme with support in its labs from Capgemini and test system specialist Keysight Technologies.

There’s still work to be done on the site, though, as the Open RAN-compliant antennas that can support 5G and 4G traffic (and which will be supplied by NEC and Samsung) will not be deployed until later in the year, so the Bath site is still very much a hybrid deployment.  “Once interoperability tests for these radio units have been completed in the lab, the units can be deployed in a ‘plug and play’ manner on the existing Open RAN infrastructure,” noted the operator in its official announcement.

In that announcement, Vodafone also stressed how the Open RAN deployments are tying in with the shared objective to diversify the mobile network infrastructure supply chain in the UK: In December last year, the UK government set an ‘ambition’ for the volume of mobile traffic that would run over open architecture mobile networks by 2030. (See UK government outlines Open RAN traffic ambition, sets deadline for 2G/3G retirement.)

While the site is not in the centre of Bath but outside the urban area (to the south-east of the city centre), its service area does cover the headquarters of a Vodafone customer, utility firm Wessex Water, noted Yago Tenorio, Vodafone Group Fellow and Network Architecture Director, during an exclusive video interview with TelecomTV. (See Yago Tenorio discusses Vodafone's first commercial Open RAN deployment.)

During the interview, Tenorio noted that the energy efficiency of the initial 5G Open RAN site is “very similar” to that of a site with incumbent architecture, and that the initial deployment is focused only on providing 5G services as “this is what we’ve been focusing on.” He stressed also that it is still very early days for the introduction of Open RAN into existing macro mobile networks but that “we still think Open RAN has extraordinary potential in the long term to reduce the cost in the RAN in terms of capex and opex... even if the strong benefits will come in the longer term, the actual premium you have to pay for going Open RAN at this point is much smaller than what we thought.”

And, of course, this is just one small, but important, first step in terms of commercial Open RAN deployments for Vodafone, which expects to learn a lot from the real-world operations of this site while it continues to test Open RAN 4G, massive MIMO and 5G standalone systems in the labs at its Newbury, UK-based headquarters.

And the carrier is already preparing for a bigger deployment elsewhere later in the year: Tenorio says a “cluster” of between 10 and 20 Open RAN-enabled sites will be deployed in the UK in the autumn of 2022. That cluster of sites will be “in a more populated area... where we can stress the system with some capacity requirements but also where we can deploy more bands and systems, including massive MIMO... that’s the biggest next milestone.”

That would then be followed by “volume rollouts” in the UK during 2023, stated Tenorio.

Tenorio was more coy about plans to deploy Open RAN sites in other countries. “We can’t really say where or when, however we have always said that Open RAN is part of our future and our technology of choice and that the UK would be the first but not the last. But we are in no hurry – it’s important we test the technology to the limit... before we start other projects, but we do have some designs [for other markets] in the background.”

And, as ever, Tenorio called for other operators to step up the pace of Open RAN deployments to help accelerate Open RAN developments and create economies of scale. “It’s important that other operators get the signal that we are comfortable [Open RAN] is working.... we have done what we said we were going to do. We will be deploying in other markets, but I also hope other operators deploy in their markets because this will only help Open RAN pick up volume and scale, which we need.”

Vodafone is one of five major European operators (along with Deutsche Telekom, Orange, Telefónica and TIM) that have collaborated to share their Open RAN technology needs with the market via the publication of documents during 2021, while Germany’s 5G newcomer 1&1 is in the process of building an Open RAN greenfield network with help from Rakuten Symphony. (See Open RAN MoU operators publish their tech wish list and German operator 1&1 to build greenfield Open RAN network with Rakuten.)

But, of course, not every operator has the same outlook at Vodafone and its allies: BT, for example, sees opportunities to use Open RAN-based technology in specific instances but is doubtful that is offers cost advantages. (See BT’s Chief Architect skeptical about Open RAN’s cost-saving potential.)