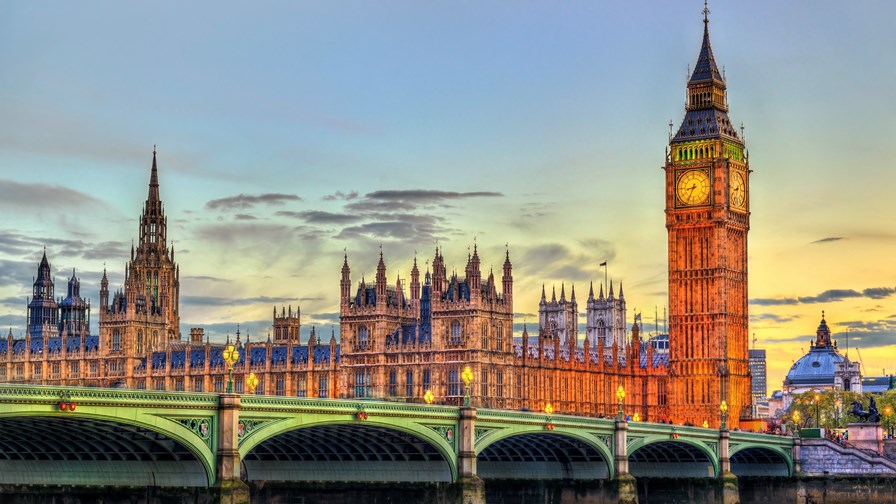 The British government has increased the pressure on the UK’s mobile operators to adopt Open RAN architectures during the next decade by setting an aspirational target for the volume of total mobile traffic that should be running over “open and interoperable” networks by 2030, and has identified 2033 as the year by which all public 2G and 3G networks will no longer be in operation.

The Open RAN traffic target – “35% of the UK’s mobile network traffic to be carried over open and interoperable Radio Access Network (RAN) architectures by 2030” – is a shared ambition, set with the apparent agreement of the UK’s four mobile network infrastructure operators (BT/EE, Three, Virgin Media O2 and Vodafone), and not a mandated quota, and so will not come with any penalties if it is not achieved.

But 35%? Why not 30% or 40%? How has the UK Government’s Department for Digital, Culture, Media and Sport (DCMS) and the operator community arrived at this specific ‘ambition’? We await a response.

The main positive from this is that the DCMS has not tried to impose hard and fast quotas, which would have been a massive overstepping of its mark: There was speculation earlier this year that such an approach might be taken, but it seems sense has prevailed.

Even so, it puts a certain amount of (unnecessary) passive pressure on the operators to adopt a network architecture that is as yet broadly unproven to be superior to traditional mobile network systems and architectures, and which has not been completely embraced as an optimum option for public wide area networks by the quartet: There’s no doubt that many in the industry, including operator executives, see a great deal of potential in Open RAN, but that’s very different to deploying on a broad scale and running such networks day-to-day.

And, of course, 35% is still only about one third of total traffic – but that’s still a lot, and with data traffic volumes increasing year-on-year, we’re likely to be talking about Exabytes (thousands of Petabytes) of data per month running over Open RAN-based systems. (Note: In 2020, the average monthly volume of mobile data traffic running over UK networks was about 400 Petabytes, more than double the monthly average of 2018, and with 5G data only then accounting for about 1% of the traffic, according to UK regulator Ofcom.)

For sure, 2030 is a long way off, but Open RAN is still only in its infancy and, to date, only Vodafone has made any meaningful commitment to a deployment – it has already committed to deploying Open RAN at more than 2,500 rural sites before 2027 and in June announced its initial Open RAN technology partners. (See Vodafone unveils its Open RAN vendors for UK rollout.)

At this point it is highly likely that initial wide area network Open RAN-based deployments will at least start in less populated areas, where traffic volumes per site are lower than in urban areas, but the other operators have yet to make any similar commitment and, in BT’s case, is still very much in the exploratory stage. (See BT’s Chief Architect skeptical about Open RAN’s cost-saving potential.)

For the operators there is plenty of time to work towards the ambition, and the 35% figure is an aggregate of all UK traffic – it is not 35% of each operator’s traffic, which puts less pressure on any operator that sticks with traditional mobile systems. (How the measurements will be made and verified and using what criteria has not been specified.)

But there is little doubt that this announcement will encourage the Open RAN vendor community, which will see this as a state-backed endorsement of the disaggregated networking approach, though of course the companies active in that field will have wanted to see the ambition target set higher than 35%.

For the UK government, the target is a quantifiable measure by which it can gauge the success (or failure) of its Diversification Strategy, which was introduced last year with the formation of a Taskforce to spearhead efforts to broaden the viable mobile network technology supplier landscape following the decision to ban Huawei from the 5G sector.

And it’s convinced that open networks are the way forward. “Open network architectures will play a key role in enhancing the security and resilience of the networks that we rely on - now more than ever - to keep in touch and do business,” states the Government announcement. “Following recent decisions the Government has made around the use of high-risk vendors and the introduction of the Telecommunications Security Act, it is right that the Government now sets out its ambitions to build a more competitive, innovative, and diverse supply base for telecoms.”

To help with those ambitions, the DCMS also pledges to support the telecoms sector by “creating the right market environment to foster and encourage innovation,” and helping to broker “international partnerships that bring together learning from across the global supply chain.” To date, this has resulted in stronger ties with Japan and South Korea. (See UK government embraces Open RAN, cosies up to NEC and Japan.)

And there’s financial support too. “We welcome the forward steps taken by operators and suppliers to position the UK as a leader in the development of open and interoperable RAN technology - and the government has committed £250m of investment to support and accelerate this programme of work. This ambition demonstrates the Government’s commitment to delivering its Diversification Strategy and building lasting and sustainable supply for the infrastructure that underpins our entire digital economy,” notes the DCMS statement.

Vodafone UK says it's "supportive of the Government’s Open RAN ambition; this is a critical technology ecosystem that will help the telecoms industry become more resilient, innovative and secure,” noted a spokesman in an email to TelecomTV.

As this article was published, Virgin Media O2 said it had nothing to add to today’s Open RAN ambition announcement while the UK’s other two operators had not responded to questions that directly addressed the 35% target.

A slow goodbye to 2G and 3G

The operators had more to say about the ‘sunsetting’ of the UK’s 2G and 3G networks by 2033, which is not so much a target, but the year already confirmed by the operators as being beyond their 2G and 3G plans. The DCMS says the retirement of these networks will “free up spectrum for 5G and beyond,” and “a key step in wider Government measures on introducing new vendors to the UK mobile networks, contributing to nationwide security and resilience... transitioning away from these technologies will improve network efficiency,” according to the Government.

BT noted: “We welcome the Government’s support in retiring old 3G technology. Less than 2% of data over the EE network is now carried over 3G and we have modern and growing 4G and 5G networks that perform better, are more secure and, in the case of 4G, more widely available than older technologies. We have set out plans to stop supporting 3G services from 2023. By moving customers away earlier, we will be able to realise the environmental benefits of closing inefficient network services sooner, as well as removing a key barrier to the future diversification of supply chains, something the UK government has set out as a clear priority.”

Vodafone recently noted that it plans to switch off its 3G network at some point during the next five years. (See 3G will hold up Vodafone UK’s Open RAN rollout.)