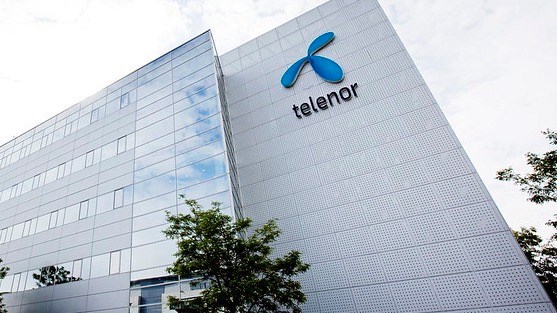 Telenor has taken a significant step towards becoming a cloud-oriented digital service provider (DSP) through its collaborative work with Amazon Web Services (AWS) on mobile core deployments and the development of private wireless network and edge compute service development with the cloud platform giant.

The Norwegian operator has for some time been exploring multiple operations and service development opportunities with AWS, and is now strengthening its relationship with the cloud giant by co-investing in “joint go-to-market activities in select industries — such as manufacturing, supply chain and logistics, and automotive — to enable more 5G and edge services for customers,” Telenor notes in a press release issued today. (See Telenor teams with AWS to accelerate modernisation of telecommunications.)

One of the key areas of collaboration has been on mobile core deployment models. In Sweden, Telenor has used its MVNO subsidiary, Vimla, to try out the suitability of a cloud-based mobile core platform running on AWS and using a number of the hyperscaler’s tools and services, including Amazon ElastiCache, AWS Lambda, and AWS Transit Gateway.

The mobile core functionality used by Vimla has been developed and is provided as-a-service by Working Group Two (WG2), a joint venture set up in 2017 by Telenor, Cisco and Digital Alpha to develop a cloud-native mobile core offering that could run on AWS and be used by network operators, managed service providers or enterprises. (See Telenor and Cisco Strengthen Partnership to Support Critical Infrastructure Transitions for Telcos; Scale Joint Venture WG2 for Global Operations.)

All the core functionality running on AWS that is being used by Vimla (policy control, subscriber management, IMS etc) has been developed by the WG2 team, Telenor noted in an email response to questions about the deployment – the only part of the core deployment sourced from a third party is the packet gateway, which comes from Cisco.

Clearly, Telenor is happy with how the core platform has been working in Sweden, as it says it plans to “expand the work at Vimla to other areas in the company’s worldwide network.” In addition to its home market and Sweden, Telenor has operations in Denmark, Finland, Bangladesh, Pakistan, Thailand and Malaysia (and Myanmar, but it is trying to exit that market), but currently Telenor is not disclosing the details of which markets will be next or when the next deployment might happen.

That Telenor wants to take that model to other markets is good news for WG2, which also recently struck a deal with CKH IOD, a subsidiary of CK Hutchison that offers MVNO, IoT and private network services, to run its core platform on AWS, and which also recently formed a partnership with Mitsui Knowledge Industry to offer managed private network services to enterprises in Japan.

Overall this looks like a suitable and workable model for telcos as they check out which cloud-based operations can best serve their needs as they evolve into more agile, efficient digital service providers: Using a subsidiary as a commercial, real-world pilot and deploying the services of a specialist third party in which it has a stake and some element of strategic control delivers much-needed experience and insight but also allows new working practices and operations/service innovation to thrive without being constrained by the culture and legacy working practices of a traditional operator. It’s hard to imagine we won’t see many similar efforts among telco groups.

The real test, of course, is whether Telenor opts for this model in its home market. But, in what looks like another smart move, it has been developing another core platform model it can turn to: As announced in April 2021, the operator has been trialling a multi-vendor 5G SA (standalone) core that might become its intelligent platform of choice. And given that it could also turn to a traditional core partner such as Ericsson or Nokia for a solution, Telenor appears to have its bases covered and multiple core platform options on hand.

The relationship with AWS goes beyond the mobile core, though, as the partners have been busy developing edge options for enterprise customers – and we know just how important the enterprise market has become for telcos as 5G opportunities mature. (See Telefónica, BT tap industrial opportunities.)

Of particular interest is the work they have been doing on private wireless network opportunities, an area that is attracting more and more attention from enterprise users and all manner of service providers alike. (See Private 5G: It’s looming, but what can telcos bring to the party? And are they even being invited.)

Telenor and AWS have developed what they call a ‘Network On Wheels’ (NOW), which “gives customers the ability to set up an autonomous private 5G network wherever it is needed.” This model is already being used by the Norwegian Defence Material Agency for critical communications needs and by Norway’s public service broadcaster, Norsk Rikskringkasting (NRK), for remote production use cases.

Many models of collaboration between CSPs and cloud specialists will develop in the coming years as the telcos figure out how to keep themselves relevant in a cloud-oriented and data-driven world where connectivity (the long-time core competency of the telcos) is a critical, but most certainly not the only, component. Telenor has clearly identified AWS as the cloud partner that can help it with its specific need in both the consumer and enterprise markets, so this will be a relationship well worth tracking as the operational models are innovative.

But, of course, the relationship is not monogamous on either side: AWS is working with scores of telcos around the world and Telenor, like many of its peers, is up to its neck in R&D with Google Cloud and is also working with Microsoft as a sales and business voice application partner. (See Telenor taps Google Cloud’s AI and analytics expertise to target a bigger slice of the digital transformation market.)