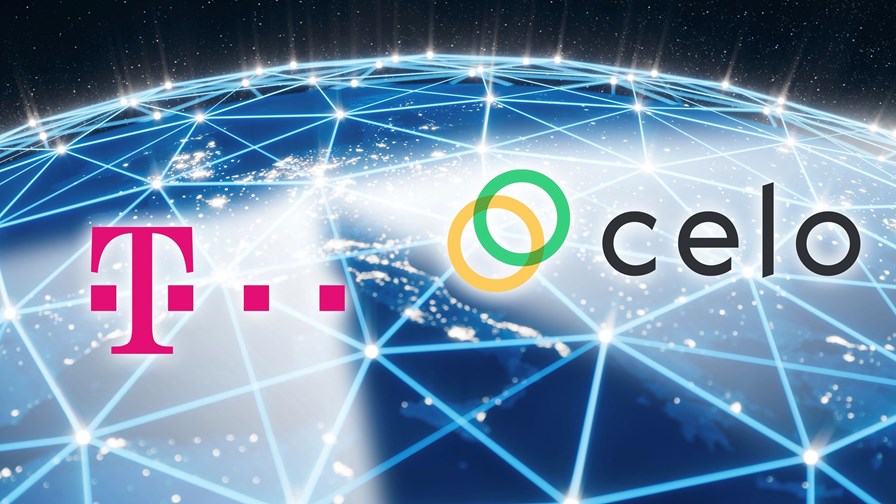 A Deutsche Telekom investment and a 5G core industry first claim from Telenor top the news charts this fine Tuesday.

Deutsche Telekom has invested an unspecified sum in Celo, a public blockchain network that enables anyone with a smartphone to make secure mobile payments. DT says as well as investing in the network it is enabling the Celo community to use the cloud infrastructure run and managed by its T-Systems subsidiary. For further details, see this announcement.

Telenor is claiming an industry first with news of a multi-vendor 5G standalone core platform.  “The main component of 5G-SA is the 5G mobile core, the ‘brain’ of the 5G system. Unfortunately, most 5G core deployments are still single vendor dependent, with strong dependencies on that vendor’s underlying proprietary architecture. This single-vendor dependency can be a killer for innovation. It restricts open collaboration from the broader 5G ecosystem of companies developing new technology, use cases, and services that the market expects,” according to Patrick Waldemar, Vice President and Head of Technology in Telenor Research. Instead, Telenor says it has deployed “a truly multi-vendor, 5G core environment running on a vendor-neutral platform. The multi-vendor environment consists of best of breed Network Functions from Oracle, Casa-Systems, Enea and Kaloom, all running on Red Hat Openshift, the industry’s leading enterprise Kubernetes platform… To protect the 5G infrastructure from cyber threats, we deployed Palo Alto Networks Prisma Cloud Compute, and their Next Generation Firewall is also securing Internet connectivity for mobile devices. Red Hat Ansible Automation Platform is being used as a scalable automation system, while Emblasoft is providing automated network testing capabilities. The 5G New Radio (NR) is from Huawei,” notes Waldemar in this announcement.

The UK government is proposing reforms that will “remove one of the biggest barriers to better coverage in the countryside by reducing build time and costs for new infrastructure while protecting rural areas by minimising any visual impact.” That barrier is the restricted height of mobile masts. “Under the proposals, mobile companies will be allowed to make new and existing masts up to five metres taller and two metres wider than current rules permit. This will increase the range of masts and allow operators to fit more equipment on them so they can be more easily shared. The move will turbocharge the delivery of the £1 billion Shared Rural Network being built to eliminate 4G mobile ‘not spots’ in the countryside and will speed up rollout of next-generation 5G networks,” noted the UK Government’s Department for Digital, Culture, Media & Sport (DCMS) in this announcement.

That didn't take long. Jessica Rosenworcel, Acting Chairperson of US regulator the Federal Communications Commission (FCC), has announced the reconstitution of the agency's cyber-security advisory panel, the Communications Security, Reliability and Interoperability Council (CSRIC), which was disbanded only in March this year. The Council will be back in action with effect from 30 June and will focus mainly on protecting and enhancing the security of the nation's 5G networks. The committee will also review what she described as "the vulnerabilities related to software and cloud services and devise migration strategies". The re-establishment of the defunct Council is part of the FCC's determination to bolster the strength, security and resiliency of US comms networks against cyber attacks, infiltration and espionage. Rosenworcel commented, "The damage from recent supply chain attacks, like the SolarWinds software breach, demonstrates our need for a co-ordinated, multifaceted, and strategic approach to protecting our networks from all threats." This will be the FCCs eighth iteration of the CSRIC and the FCC's new charter convening authorising and convening the Council will run initially for a period of two years. Rosenworcel promised that the new Council will have a much wider diversity of members than it ever had previously and will be constituted of "a wide variety of stakeholders and Federal partners with similar interests." Nominations for the positions of chairperson of the Council and its members will open on June 1.​

And while we are on the subject of cyber attacks, there's some good news and some bad news. The length of time cyber-criminals lurk about in a network between having gained access and being detected is actually falling. However a major reason for that decline is because of the increased incidence of quick smash-and-grab ransomware raids. New research from cyber-security specialist FireEye Mandiant (which sounds like a Pokemon character but probably isn't) has analysed cyber attacks (or at least those where organisations have admitted that they actually took place - many don't) and found that the "global median dwell time" for a cyber-attack to be in place before being detected is 24 days. That's less than half the 56 days recorded in 2020. (A decade ago a cyber attack could have been ongoing for a year and more before being discovered). The detection of, and response to, cyber incursions has definitely improved but ransomware attacks are now the preferred method of blackmail. It's blatant, not secretive and a money-spinner. It's quick and easy for hackers to infect a network with malware, get out, demand payment to restore the corrupted database and get their grubby paws on the Bitcoins that are handed over as the ransom payment. Obviously the best way to counter a ransomware attack is to ensure the network is fully protected from the start. That's easier said than done. There are known network vulnerabilities and known unknown ones, as Donald Rumsfeld might have said.

There's something fishy going on in Osaka, Japan, where Yanmar Marine Systems has introduced an intelligent automated fish counting system that comes with image recognition technology.  It is designed for the tuna farming industry and uses image recognition to count the number of fish. Whaling apart, in recent years the Japanese fishing industry has slowly been moving towards responsible and sustainable resource management. Fishing vessels are now legally required accurately to report the number of young Pacific bluefin tuna caught in the wild. Many of these immature fish are handed over alive for breeding at fish farms. It is necessary to know the number of fish inside each net to control production volume and the amount of feed used. Traditionally this has been done by haphazard manual counting, a labour-intensive time-consuming and usually inaccurate methodology that has been known to drive deckhands to drink. Inaccurate counts can result in over-feeding which leads to polluted water in the breeding tanks and nets that can help spread disease. The Yanmar kit uses image recognition and processing technology in an integrated system that includes a specially-designed underwater camera and image processing computer, to deliver real-time automated counting. A Yanmar press release says;"Under optimal conditions, the system has succeeded in automatically counting tuna with an accuracy of more than 98 per cent." What happens under less than optimal conditions is not disclosed nor are the number of fish that swim past the camera twice, just for the hell of it, but boat crews are lubricating their their arthritic digits by swallowing heroic quantities of Omega-3 fish oil, just in case the need to go back to the old regime.