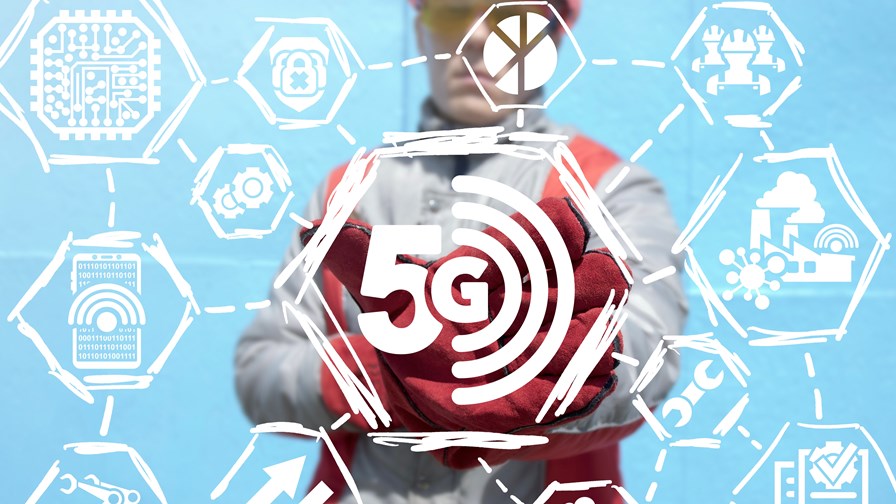 5G was initially promoted by some of the network technology’s most vocal boosters as a way for telcos to take back control of the network and develop not only new services but also more profitable versions of existing ones.

That’s because 5G is not just the next ‘G’, its cheerleaders argue: It embodies next generation methods of building, managing and extending a radio-based network built on software and automation. As a result, it’s been promoted as a serious step forward for telcos eager to plumb in new mobile applications and services, get to market faster and exercise greater agility with more bandwidth, greater reach, more flexibility, lower latency and so on. This we all know, having been told all of this many times during the past 10 years or so.

But thanks to that inherent software-driven flexibility and the growing trend to network openness and disaggregation, it’s also become valuable to ‘adjacent’ players keen to use it to offer their own 5G products and services. One area where those ‘adjacent’ players have made a strong showing in competition with telcos is in the increasingly popular ‘private 5G network’ sector.

What is a private 5G network? Also known as a local or non-public 5G network, it’s a local area network (LAN) with (hopefully) unified connectivity, optimized services and a secure means of radio data communication within a specific area. The general idea is that enterprises can deploy it as an evolving asset with physical infrastructure (servers, radios etc) upgraded or extended on a gradual basis and software continually and automatically updated to ensure the requisite speed, latency, resilience and security necessary for a growing range of critical and valuable applications. The system can work in a cloud-native way, abstracting radio and network functions to stash on servers where they can be updated by the software provider and from which they can manage the network. The functions could be located on the user premises or in the cloud (the cloud ‘edge’ is being sized up for this purpose).

Factories and transport hubs are a particular focus since it’s claimed that private 5G can be tuned to deliver secure, bullet-proof, low-latency data collection and process control. While it’s possible to use telco spectrum (where it’s made available) to run a private 5G network, a range of shared and private spectrum options that don’t rely on telco spectrum are also becoming more common.

It’s generally agreed that for large enterprises building private 5G networks, the process is currently hard and complex (it’s early days), but the benefits for large and difficult-to-manage sites such as large factory complexes, mines or ports, with diverse applications needing support, can be worth the time and cost.

The past two years have seen a surge of interest, a slew of private 5G announcements, multiple trials and even some deployments.

Quite how large the market is, and big it might be in the near future, appears hard to tell: Ask a different person and you’ll get a different answer, but what’s clear is that this is an emerging and growing business opportunity and one that should attract and excite CSPs. (See Sizing the private 4G/5G opportunity is harder than it looks.)

But the bad news is that far from being the slam-dunk natural partner, after a reasonable start, telcos appear to be losing ground when it comes to enterprise 5G projects generally

One study shows that not only are they being bypassed for lead partner roles, they are increasingly being sidelined as ‘junior partners’ in enterprise projects. This is far from the original expectation of a 5G revenue boost from new enterprise service opportunities beyond the well-trodden and highly competitive consumer mobile broadband market. According to annual enterprise 5G report from BSS provider Beyond by BearingPoint, which was published in July 2021 and based on research conducted by analyst firm Omdia, while the number of enterprise 5G projects had doubled from the year before, only 16% had appointed telcos as lead partners, whereas the year before, telcos were in the lead partner position in 21% of such projects. (See Telcos further sidelined in enterprise 5G market, finds Omdia research.)

Even the 21% figure seems lacklustre, but Omdia and others make the point there’s still time for telcos to steer the enterprise 5G ship back on course and build a healthy share of that market as it evolves. When it comes to very large 5G projects such as private 5G deployments, then arguably the lead partner position may be best filled by enterprise IT specialists or by large system integrators with vertical expertise given the complexity involved. But as the private 5G market expands and the average complexity level heads downwards as medium-sized enterprises join in, then we might expect telcos to bag more lead roles… maybe.

Only one problem: Any complexity-busting will also be a way into the private 5G for competitive specialist service providers So an announcement towards the end of last year that Amazon Web Services (AWS) was launching just such a service caused performative consternation but shouldn’t have been a surprise to anyone. AWS describes its ‘AWS Private 5G’ as a starter kit for companies wanting to try it with an option to start small with a managed ’pay as you go’ service with the ability to scale up if and when needs require it. (See AWS wants to make private 5G networks as painless as possible.)

AWS, fully aware of the telco v. hyperscaler sensitivities, claims it’s not furthering a cunning agenda to push telcos out of the loop – on the contrary, it says it will work through telco partners as well as go direct with its new offer. It maintains the move is to make tentative enterprise private 5G adoption attractive by offering an “asset light” way in, since one of the stated barriers to enterprise entry is its up-front investment cost.

The ‘starter kit’ is essentially an appropriate number of pre-integrated small cell radios, a server with 5G core software and SIM cards, with enterprises paying for usage and throughput rather than any up-front capital investment – a classic cloud-style offer.

What’s missing from AWS Private 5G at this stage are things such as spectrum management, but they will come.

The private 5G market is still at an early stage and opinions differ over how, or even if, it will develop. Competing scenarios range from: Private 5G eventually sweeping all before it at one end of the spectrum (no pun intended); while at the other extreme, Wi-Fi improves to the point where, for most enterprise users, the value gained by enjoying circa millisecond latency for advanced 5G applications just isn’t worth the extra trouble and expense (because despite assertions to the contrary there just aren’t that many applications requiring that sort of latency). But there is a ‘just right’ solution – a “blended” enterprise network where Wi-Fi, 5G and other network technologies and ecosystem participants, including those supporting IoT, are all reworked and eventually brought together under a single management umbrella.

Even 5G advocates admit that Wi-Fi isn’t likely to be shunted aside because of its huge installed base and lower costs; while Wi-Fi enthusiasts seldom advance a scenario involving Wi-Fi standards displacing cellular (I’m sure there is such a position out there somewhere, but I haven’t heard it).

So what do telcos need to do if they want to play a major role in private 5G? This question was live and kicking during TelecomTV’s recent Great Telco Debate, during which we posed the question: Are CSPs poised to take advantage of the enterprise 5G opportunity, or will verticals look to go it alone?

When it comes to private 5G it’s not so much whether telcos should find it worthwhile to have a crack at the enterprise market, but whether the enterprise market is receptive to the telco. After all, we've all just witnessed a period where large telcos (and their industry bodies) have tried to thwart the assignment of private spectrum and have fought hard to have public spectrum for Wi-Fi reserved for 5G.

But a fundamental part of the problem here is telcos’ over-estimation of their worth, for the truth is that enterprise 5G from the enterprise perspective is all about applications, not connectivity. That’s a sentiment we’ve been hearing in one form or another for many years at our telco debates and this year it was best expressed by Richard Band, Head of Mobile Core and 5G, Communications Technology Group, Hewlett Packard Enterprise.

“Connectivity is a minority component,” said Band. “So far,” he says, “CSPs have done a good job selling connectivity, but… people are buying business outcomes [not connectivity]; CSPs need to up their game if they’re going to be successful. Better vertical Industry knowledge is required.”

Telcos have to position themselves correctly and that may mean yielding the idea that they need to lead, says Band. “They might need to sit behind a lead partner who may have the vertical expertise necessary to understand and foster that particular ‘business outcome’,” he pointed out.

Another imperative is for CSPs to recognise that the real value in 5G is not in the connectivity as such but in the “operational service,” noted Phil Skipper, Head of IoT Business Development at Vodafone Business. “The way to think about it,” he says, ”is as a process, not a destination, and ‘managing’ that network and its ongoing development is something from which telcos could derive a lot of value. [They need to] stop thinking about private 5G as a technology – it’s an operational asset,” he stated.

And it’s not worth debating which player (SI or CSP) should lead, said Catherine Gull, Consultant, Cellnex and UK5G Advisory Board. “It’s an iterative process – companies not taking the whole cake will take it slice by slice.”

One of the slices that enterprises may or may not adopt is their own private or shared spectrum. We’ll be looking at the advantages of owning your own spectrum in our next private 5G article.