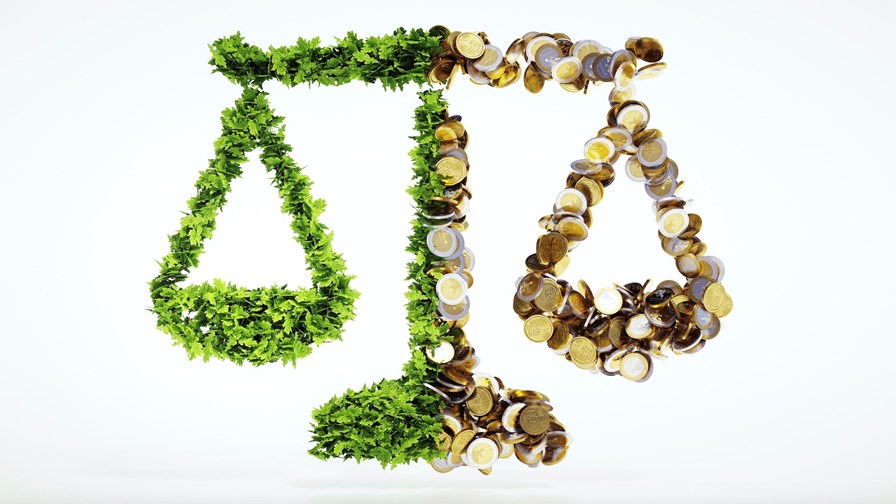 Telefónica, VodafoneZiggo and Millicom have each made strides towards increasing their sustainability credentials by tying financial incentives to environmental and diversity commitments.

Telefónica announced it has finalised the refinancing of its main syndicated facility of €5.5 billion, with the interest rates dependent on achieving certain goals – namely, to shrink direct and indirect greenhouse gas (GHG) emissions, and to increase the number of female executives in its leadership.

In terms of its green agenda, the operator is seeking to address what it dubs “the greatest environmental challenge that society is and will be facing in the coming decades” – the mitigation of climate change. To do so, it aims to reduce its Scope 1 (direct) and Scope 2 (indirect, related to its energy use) emissions by 80% by 2030.

The company also strives to be carbon neutral (reaching a balance between the GHG emitted into the atmosphere and those taken out) on a group level and across its value chain by 2040.

In terms of its diversity commitment, its goal is for 37% of executive roles in the company to be held by women by 2027, with that figure rising to 40% within three years after that. Telefónica claims this will “improve decision-making in the company’s executive bodies by incorporating a diverse set of perspectives,” and enable the operator to “be more competitive by increasing female participation in important sectors of the economy, especially in fields related to engineering and science.”

It pledged to verify these criteria on an annual basis and believed the move will not only contribute to social well-being but also generate value for its shareholders.

The transaction was backed by nearly 30 entities, “with an oversubscription of more than 30%, including Natwest as Agent and BNP Paribas as sustainable coordinator,” the company said in its statement.

Telefónica claims to be the first telco to ever issue green bonds in 2019 followed by green hybrids in 2020.

In addition, it highlighted Germany and Colombia as two markets where it has obtained loans of €750 million and COP798 billion (approximately €175.7 million) as part of its strategy to secure more than €10 billion in sustainable financing in the coming years.

Another example of an operator that not only talks the talk but walks the walk on the road to improved sustainability is Netherlands-based VodafoneZiggo. It has issued its first sustainability bonds amounting to €2.1 billion, which falls under its new Sustainable Finance Framework.

Its financing agreement includes a financial incentive if it hits its targets, as well as an interest rate penalty if they are not achieved.

In essence, the goal is to reduce its total carbon dioxide (CO2) emissions by 50% by 2025 (compared to the levels recorded in 2018). As part of the plan, it pledges to install energy-efficient equipment and smarter cooling systems, as well as buy 100% renewable electricity and use “green” vehicles including e-scooters and cargo tricycles.

If these milestones are achieved, the company will be rewarded with reduced payment charges or a lower coupon rate, with any resulting savings being used for sustainability projects.

“For us, this ‘carrot-and-stick’ method provides an extra incentive to achieve our sustainability targets. By building in a financial incentive, we are introducing an innovative feature that has already been embraced by the financial market”, commented VodafoneZiggo CFO Ritchy Drost.

The operator, which is a joint venture between Liberty Global and Vodafone, has also made its first sustainability-linked notes offering on 6 January, and proceeds are set to be used to redeem its debt equivalent to €2.1 billion.

Meanwhile, Millicom announced on 13 January it has placed a SEK2,250 million (approximately €219 million) senior unsecured sustainability bond that is due in 2027. It aims to use proceeds to achieve benefits across environmental and social projects, such as energy efficiency, while also expanding its fixed and mobile networks.

The operator explained this move will help it build a “path for sustainable growth that also creates long-term value for stakeholders”, as it is set to aid its “positive impact on society” and focus on customers by reducing its climate footprint and boosting access to digital and financial services in its target markets.

As we know, the entire world, including global leaders and enterprises, is now focused on ways in which to combat climate change and prevent a disastrous scenario for the environment. But, as in life itself, if you bet your money on something, it means you’re all in, and words are no longer just vague promises – they turn into the cornerstone of real action, which is how results are achieved.