The continuing rise and rise of Chinese digital companies and technologies 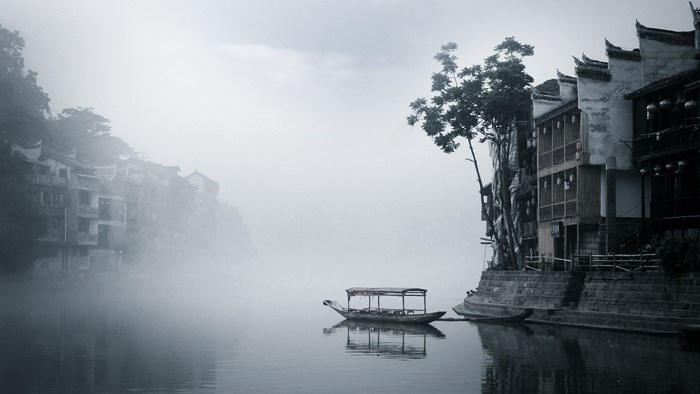 The Organisation for Economic Co-operation and Development (OECD) has just released its latest annual update showing how OECD member countries are progressing in the development and deployment of new technologies as digital transformation reshapes economies and people's lives. Unsurprisingly, the OECD Science, Technology and Industry Scoreboard 2017, confirms that China is now a fixture in the Top 5 economies and is a powerhouse in the development of state-of-the-art digital technologies. The other four in the Top 5 are, The Republic of Taipei, Japan, South Korea and the US.

Amongst the main findings of the 2017 Scoreboard are that, over the 2012 to 2015 period, China, Taipei, Japan, South Korea and the US accounted for between 70 per cent and 100 per cent of the 20 fastest-growing new ICT technologies as measured by inventions patented in the five top Intellectual Property offices. China has grown to become the biggest player in the Internet-of-Things (IoT) sector and consistently is producing more and better quality scientific research than ever before. Meanwhile, India and several eastern European countries are also becoming significant players in the digital technologies arena.

The Internet of Things, and machine-to-machine communication via Internet-connected devices such as vehicles, sensors or home appliances, is growing incredibly quickly. China has the most SIM cards in machines this year at 228 million subscriptions, which equates to 44 per cent of global M2M connections and is triple the US share of the market. In terms of M2M cards per person, the UK had the third-highest penetration rate of G20 countries lagging behind the the US and France but ahead of China and Germany.

As far as artificial intelligence (AI) technologies are concerned, between 2010 and 2015 the number patented in the five top IP offices rose by six per cent per annum with Japan being the outright leader in the sector. Indeed, Japan along with South Korea and the US, between them accounted for more than 62 per cent of all AI-related IP patent applications. That figure is down on the 70 per cent achieved over the 2000 - 2005, mainly because China and Taipei have been submitting more and more AI patent filings. The European Union's share of top AI inventions declined and the UK’s share of AI patent applications has fallen to 1.9 per cent from the 3.3 per cent recorded between in 2000 and 2005.

Britain's input of top-rated and most relevant scientific research into digital technologies is also on the slide. The US has the biggest share of the world’s top 10 per cent of most-cited scientific publications, and China has overtaken the UK to take second place after tripling its high-impact output in a decade. The US share of top-cited research fell from 38 per cent in 2005 to 26 per cent in 2016. By comparison the UK slipped from eight per cent to six per cent while China's share increased from four percent to 14 per cent.

In the burgeoning field of robotics, South Korea and Japan are world leaders in terms of the number of robots used in the sector divided by the overall value created by that sector, giving a sense of the pace of automation relative to industry size. Robot' are on the march and their presence is growing in the eastern European countries of the Czech Republic, Hungary, the Slovak Republic and Slovenia as well as in the BRIC (Brazil, Russia, India and China) nations. Again it is the People's Republic of China which is quickly catching up to US levels.

Bad news all round for Britain

The UK's declining performance as detailed in the OECD research is bad enough but the grim reality of its failing economic fortunes are thrown into even starker relief by another report issued today by the International Monetary Fund (IMF) which shows that Britain is no longer the fifth biggest economy in the world. It has fallen to sixth place behind France - and prospects for 2018 are far from rosy.

Only yesterday, the UK's Office for Budget Responsibility cut its forecast for the growth of the UK economy from 2.0 percent to 1.5 per cent for the next financial year and the British public are enduring the biggest squeeze on living standards and levels of pay since the 1950s.

After seven years of relentless austerity the economy remains fragile and there are yet more cuts to come. The government is rudderless and without an overall majority since the Prime Minister called an unnecessary general election in the Summer on the subject of giving her and her party a strong mandate to negotiate/dictate/demand the UK's exit from the European Union. She didn't get it and is now a lame duck. And we are still years away from Brexit itself, which is expected to have a pronounced downward effect on the economy anyway.

Only a couple of weeks ago the UK's Brexit Secretary, David Davis was extolling the country's importance and status as the world's fifth biggest economy. Since then reality has dawned and yesterday during his budget speech in the House of Commons, the Chancellor of the Exchequer, Philip Hammond, acknowledged that Britain has slipped down the global rankings to sixth place. There is unlikely to be any improvement, the IMF forecasts that Britain will drop further down the table in 2018/2019 with India poised to leapfrog into fifth place in the global ranking of national economies pushing France and the UK down to sixth and seventh places respectively.

In his budget yesterday the Chancellor amply illustrated the paucity of imagination that pervades UK high-tech policy making and planning. He announced that the government is to invest £500 million in a "range of initiatives" that will foster the development of AI, 5G and fibre broadband.

It's a pitiful amount. A drop in a bucket. With the estimate of the amount the UK will have to pay to the European Union to leave the organisation now believed to be £40 billion, it demonstrates that the government calculates the price of everything in the digital arena but recognises the value of nothing.

Half a billion quid's worth wouldn't of investment wouldn't cut it for a single one of the technologies and sectors on the government's list. What money there is, when it materialises, will be spread very thin indeed. The "white heat of the technological revolution" has been transformed into a dull orange glow from a guttering torch held above a dark abyss that it's failing light cannot fathom - in more ways than one.

The OECD was founded in 1960 with the intent to stimulate economic progress and world trade. It is currently comprised of 35 member countries.