Your latest 5G app: Robots as a Service! 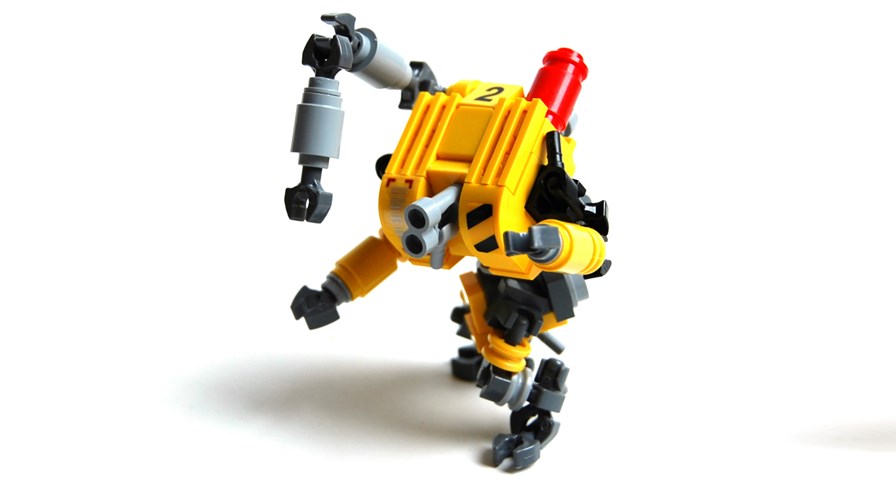 Networks powered by 5G technology are now becoming increasingly commonplace and have the bandwidth to enable large-scale connectivity which will accelerate the adoption of connected robots. So says a fascinating and detailed 30-page Information Paper, ‘A Mobile Revolution. How mobility is reshaping robotics’ just published by the Frankfurt, Germany-headquartered International Federation of Robotics (IFR).

The paper explains that thanks to 5G’s high-speed data transmission capabilities and the provision of full 5G coverage throughout a factory, warehouse or other defined space, thanks either to public or private 5G networks it is now possible, via cloud connectivity, to enable Robot-as-a-Service (RaaS) and Software-as-a-Service (SaaS) business models in which a user rents robots and/or software which is maintained and updated within the rental fee.

It is claimed that the model spares companies expensive initial capital outlay and ensures that they will always be applying the latest and most up-to-date technology. With RaaS, data from a robot is sent automatically to the cloud allowing the robot provider to predict when maintenance or updates are required. What’s more, simple applications not requiring detailed adaptation to an individual user’s particular environment can simply be downloaded from the cloud. Another approach is a hybrid business model where robot can be bought and the software to enable its capabilities is leased.

This is the theory: the connection of robots to local (edge) or remote (cloud) servers enables users to collect data which can be monitored and analysed to improve the robot’s performance. Data from groups of robots carrying out the same task can be aggregated and analysed to optimise the robot program, which can then be updated and downloaded to each of the robots in the fleet. Algorithms for analysing these patterns of data are becoming increasingly sophisticated, permitting adjustments to be made at speed, thus further increasing efficiency. Connectivity with remote servers involves huge volumes of data transfer, which must be executed extremely quickly in both directions to enable such benefits as real-time adjustments to robot programs.

The onward march of autonomous robots

Articulated industrial robots operating on industrial production lines and performing endless repetitive operations while fenced off and separated from a human workforce are nothing new. But in recent years new comms technologies have made it possible to enable robots not only to work alongside people but also to interact with them both in a factory or warehouse environment - and in public spaces too. The fact is that mobile robots are enabling the emergence of new business models and changing the nature of work in a range of industry sectors. One particularly notable area is in the proliferation of Autonomous Mobile Robots (AMRs) that are able to navigate and perform functions in industrial and service sectors.

AMRs are having the most significant impact in areas including manufacturing, logistics,  healthcare, retail and in public environments. Unit sales of logistics robots, which are almost all AMRs, increased six-fold between 2014 and 2019, and the IFR predicts that average annual growth in unit sales of 31 per cent between for the years 2020 to 2023. The use of AMRs in public environments is also increasing rapidly and the IFR report predicts growth of 40 per cent per annum in unit sales of mobile guidance, information and telepresence robots over the same period.

As well as the rising abundance of 5G, the availability of far more powerful and cheaper computing power has led to rapid developments in sensor, vision and analytics technologies that enable robots to perceive and respond appropriately to their environment in real-time.

AMRs can work on the ground, on water and in the air. Many have wheels or tracks and some have legs. The most common uses for AMRs are as autonomous mobile platform bases, with or without forklifts, for the movement of goods. Other, more sophisticated examples are complete systems comprising a mobile base, user interface and tailored functionality. AMRs can map their environment and their position within it and can perceive and respond to obstacles by taking collision avoidance measures, slowing down, stopping and/or taking an alternative route.

Developments in robot algorithms, both deterministic (if x, do y) and probabilistic (what is the most appropriate action to achieve a goal given what the robot knows) are rapidly expanding the range of tasks an AMR can perform while programming and installation presently account for a significant part of the overall cost of robot adoption. That’s why they are expensive but, as the IFR report notes, prices will fall.

Many robot manufacturers and integrators are expected to move to a ‘plug-and-play’ model very similar to that already commonplace in computing. Manufacturers will provide a given level of functionality with the robot but will also provide an interface through which to easily add third-party applications with minimal additional integration costs.

And, where interaction with humans is concerned, manufacturing companies are using newer, lightweight, flexible materials for the construction of robots be that fixed or mobile. Aluminum, light yet rigid, is often used in robots, but more and more makers are now using carbon fire composites which weigh considerably less than aluminium but are as strong and rigid as the metal they are replacing. New robots have rounded contours and an increasing number of models designed specifically for direct contact with members of the public have plastic skin fitted with sensors to provide advanced tactile properties. The motors that drive robots are also getting lighter - and less-weighty robots mean lower upfront costs, and improved returns through faster cycle times for customers.

In summation, developments in mobile robot technologies are proceeding quickly. This is not surprising given that robotics and robots are applicable, and increasingly vital, to a wide variety of industry sectors meaning that a robot application in one sector can quickly be adapted to another. Simultaneously, advances in software algorithms that can also be applied to different areas of robotics are being developed. Finally, as costs fall adoption will accelerate. This is not science fiction. Mobile robots are with us now and there will be more and more of them in years to come. We’ll all have to get used to them, and, just maybe, we’ll learn to love them. Not that we’ll have much choice.