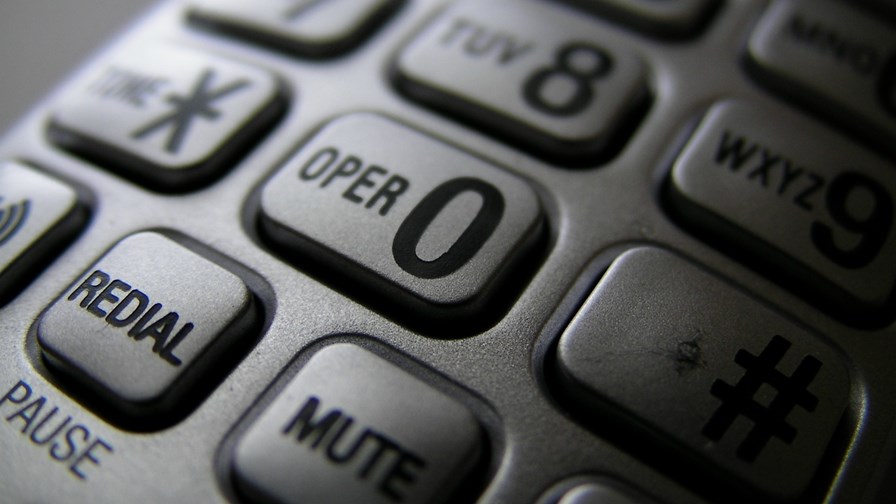 Increasing competition and the arrival of new, and potentially disruptive, technologies is giving the telecoms industry the jitters, according to Consultancy UK. It claims that, according to a study undertaken by BDO, telcos’ perception of their business risks has heightened over the past two years.

Has there ever been a time since the early 1980s when telcos weren’t being told that they should be bracing themselves for “a period of upheaval as new technologies, new competitors and new expectations from consumers disrupt tried and tested ways of working”?

It all seems pretty familiar stuff to me. Perhaps it would  be easier to ask whether there’s ever been a period of relative equilibrium when telcos weren’t facing turmoil and rapid change? No I can’t think of one either.

Having said that, 2018 does seem to be a particularly turbulent moment for the industry. According to BDO’s survey, telcos are increasingly exercised about two familiar areas of grief: firstly, ‘competition’ concerns are cited by 76 per cent of  telcos asked, 16 percentage points up from the 60 per cent which cited them in the same survey in 2016.

How the risk stacks up 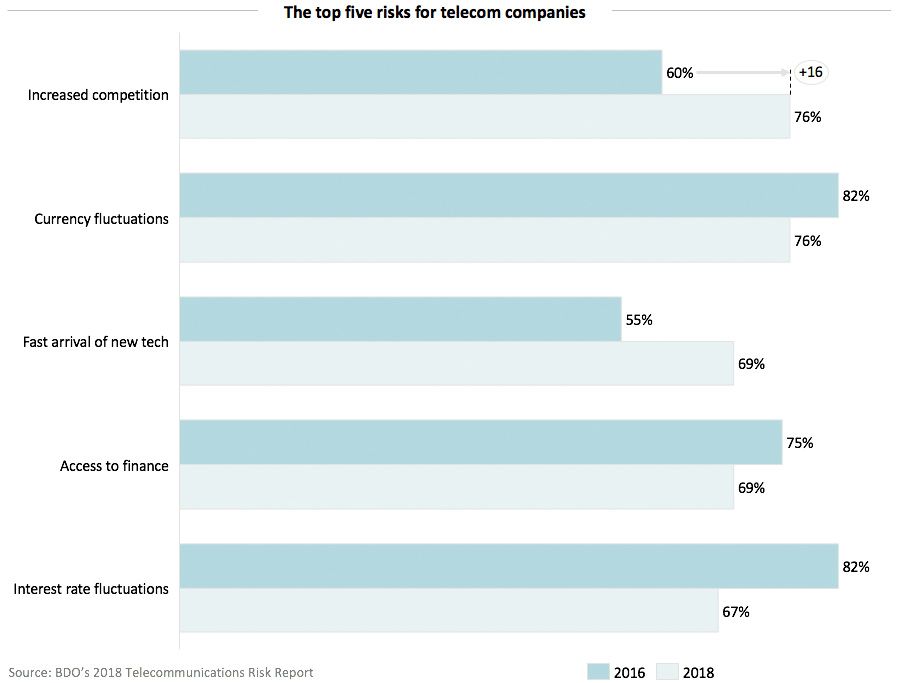 “One of the headline findings of the study was that there was that competition has now supplanted disruption as the top concern for the telecoms industry,” says the report. “While the rise of competition is partially a result of said disruption, the industry is also going through a period of continued consolidation, with regional and national competition for market dominance. In this regard, competition is not merely confined to the telecoms industry, as new entrants arriving more often than not from the technology sphere, continue to challenge existing business operations and solutions putting even more pressure on prices and earning potential.”

The ‘fast arrival of new technology’ is seen by the report analysts as a diminishing concern due it now ranking third highest concern rather than second highest. Even so it’s still a higher concern than it was last time having risen by 14 points.

What’s actually changed in telecoms in the last two years is 5G - or rather a significantly rising worry that it may not be all it’s cracked up to be.

Over the past two years, the standards have been defined and the spotlight has fallen on 5G reality rather than 5G hype. So it would be hardly  surprising if these new technology arrivals might be seen to contain a risk or two.

But the geopolitical situation is also casting a shadow, although according to the ranking, not as stark a shadow as two years ago despite the emergence of Trump and his trade war.  Currency fluctuations and fears over access to finance have dropped back, particularly currency fluctuation concerns which have apparently eased. Interest rate fluctuations have diminished the most.

There were regional differences too. The report cites the  EU’s General Data Protection Regulation (GDPR) as one of the major stories of 2018 and thinks that the potentially huge fines associated with that legislation might one of the key factors for European telecoms reporting high risks connected to data outsourcing.