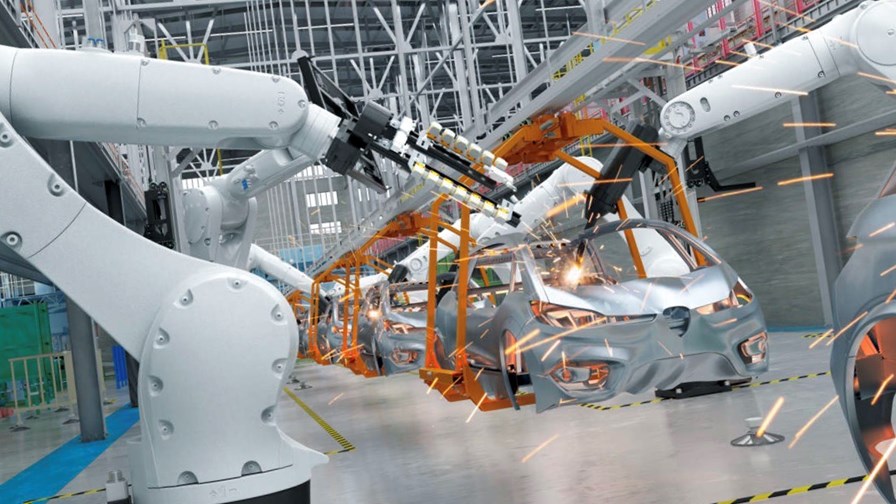 BT and Ericsson have struck a “multi-million-pound new joint partnership to provide commercial 5G Private Networks for the UK market,” the companies announced Tuesday morning. Both partners believe there is significant demand from UK businesses looking to take advantage of the benefits that private networks can provide. “This UK-first we have signed with Ericsson is a huge milestone and will play a major role in enabling businesses’ transformation, ushering in a new era of hyper-connected spaces,” noted Marc Overton, BT’s Managing Director for Division X, the part of BT Enterprise that has is getting a £100 million investment over the next three years. 5G private networks will “support smart factory processes and the advancement of Industry 4.0 which can realise significant cost savings and efficiencies for manufacturers. Unlike a public network, a private 5G network can be configured to a specific business’s needs, as well as by individual site or location. They also provide the foundation to overlay other innovative technologies such as IoT, AI, VR and AR, opening up a multitude of possibilities,” he added. BT and Ericsson have already worked together on several private 5G network deployments, including the one at Belfast Harbour that was first announced in late 2020 and which BT’s Chief Architect, Neil McRae, discusses in this new video interview. For more on the BT/Ericsson tie-up, see this press release.

Qualcomm’s CEO Cristiano Amon has made it clear the wireless chip giant wants to take a stake in Arm, alongside rivals, to maintain its industry neutrality once it is spun out of SoftBank, reports the Financial Times. SoftBank has said it plans to list Arm via an IPO following the aborted acquisition attempt by NVIDIA, but Amon noted he would also be interested in forming a consortium of Arm’s customers from the semiconductor industry to acquire Arm outright.

Canadian operators Rogers Communications and Shaw Communications have postponed their planned C$20.4 billion (US$16.1 billion) merger, which was first announced in March last year, until they strike an agreement with the nation’s competition watchdog. Despite Rogers claiming the two companies “strongly believe the transaction is in the best interests of Canadian consumers, businesses and the Canadian economy”, it added that a settlement with the authorities would be “the best path forward” to realise the full benefits from the merger. While the deal is on hold, the two telcos aim to address the concerns of the Commissioner who is opposing the deal over worries it would harm competition in the market. The latest move by Rogers and Shaw comes after the deal was referred to Canada’s Competition Tribunal. The companies want to avoid that and claimed that they would oppose the move if a Tribunal hearing is required.

Olivetti, the IoT arm of TIM (Telecom Italia), has acquired Mindicity, the business unit of fabbricadigitale Srl that specialises in “technology platforms for managing cities of the future,” to boost its position in the smart cities sector and strengthen TIM Urban Genius, the “solution designed to enable local Authorities to adopt a smart and sustainable city model.” Read more.

The refurb revolution grows as cash-strapped Brits turn to second hand mobile phones… As the out-of control cost-of-living crisis bites harder in the UK, with the price of just about anything you can think of rising almost daily, new research by Uswitch, the popular and influential price comparison service and switching website, shows that 22 million mobile phone customers are actively considering buying refurbished phones rather than new ones. If those intentions become reality it will take £2 billion out of the market for new handsets. The trend was underway last year when more than 1 million Brits, mainly but not exclusively from the 18- to 34-year-old age group, bought refurbished handsets. Most refurbished phones are ex-display models or second-hand devices that have been returned to the manufacturer for repair and then put up for resale, most with limited and quite short-term guarantees. The Uswitch report shows 34 per cent of consumers considering a refurbished handset do so because they want to go green and reduce electronic waste. Twenty-four per cent of UK consumers say they want to save money by buying a used model phone and 40 per cent say new smartphones are now far too expensive to replace every year or two and are no longer a top priority “must have” gadget. That said, 39 per cent of customers say they won’t buy a refurbished mobile phone because of concerns that handsets could arrive with unfixed faults that won’t be covered by the less comprehensive guarantees that come with a new phone. What’s more, 28 per cent cite worries that the battery life of second-hand models will be compromised and will be impossible to change out of the handsets. Nonetheless, there’s a massive potential market out there for refurbishment companies that do things properly and provide proper warranties to make great business.

According to the Daily Telegraph, an upmarket British broadsheet newspaper of a conservative and pro-establishment bent, the UK government is inclining toward selling Newport Wafer Lab, the biggest semiconductor company in the country, to a US venture capital/private equity consortium despite the fact that its sale to Nexperia, a Netherlands based outfit wholly owned by Wingtech of Shanghai, China, actually closed last year. As TelecomTV reported last week, Kwasi Kwarteng, the UK’s Secretary of State for Business is invoking the powers he holds under the country’s new National Security and Investment Act to make a “full national security assessment” and “rewind” the remarkably cheap £63 million, initially unexamined deal that went through on the nod in 2021 when Kwarteng decided not to investigate it because it was, in his words, “so insignificant”. Now though, American Ron Black, a 25-year plus veteran of the global semiconductor and technology industry has contacted Kwarteng to say he has up to £300 million in funding available from a consortium of 10 investors to acquire and expand Newport Wafer Fab. He adds that, unless it can be proven, unequivocally, that Wingtech is not a threat to the UK’s national security, “it should be considered a risk and as such, it should not be approved.” Black has first-hand experience of Chinese business shenanigans and attempted boardroom coups. In 2020, as CEO of the British company, Imagination Technologies, he and his directors threatened to resign en masse in protest over an attempted power grab by China Reform Holdings, despite the Chinese having made solemn and binding promises to be passive non-interventionist investors. When it made its play, China Reform said that once in control of Imagination it would move everything, lock, stock, barrel and IP assets to China. Thankfully, the coup failed. Perhaps the Secretary of State for Business should have taken better heed of that unedifying episode and looked rather more closely at the “insignificant” purchase of Nexperia that, it turns out, is anything but.

Big Brother moves right into Chinese schools. In China, the authorities have introduced the “Super SIM Hard Wallet” designed for use by school children and students. The handset looks like a rather thick and old-fashioned feature phone and serves as a combination ID device, digital payments terminal and a sort of telephone with very limited features and capabilities combined with geographical personal tracker. It is being piloted in Hainan Lu Xun Middle School in Sanya on the Southern coast of Hainan Island, one of China’s warmest, sunniest and most picturesque and popular tourist destinations - even though it is well on the way to becoming an Orwellian dystopia. If the current trials are successful, carrying a Super SIM to school and college will be mandatory. The ID/wallet/phone/tracker uses NFC technology to enable students to make payments using China’s Central Bank Digital Currency to designated and approved merchants on the teaching campus and off it. Voice and video calls to and from “selected” numbers can be made and emergency services can be contacted. The Super SIM Hard Wallet was designed and developed by the Industrial and Commercial Bank of China in partnership with mobile network operators such as China Mobile. An English-language press release from the Sina News Agency reports, “After the implementation of the digital renminbi smart student card project, by building a new digital campus system, the pain points of the complex management platform of the school and the inconvenience of home-school interaction have been solved. The school can realise the closed loop of the capital chain and reduce the risk of cash collection and payment. Parents and the school can view the location of students through the platform, query the trajectory and early warning records, effectively ensure the safety of students, and reassure parents.” Isn’t technology wonderful?