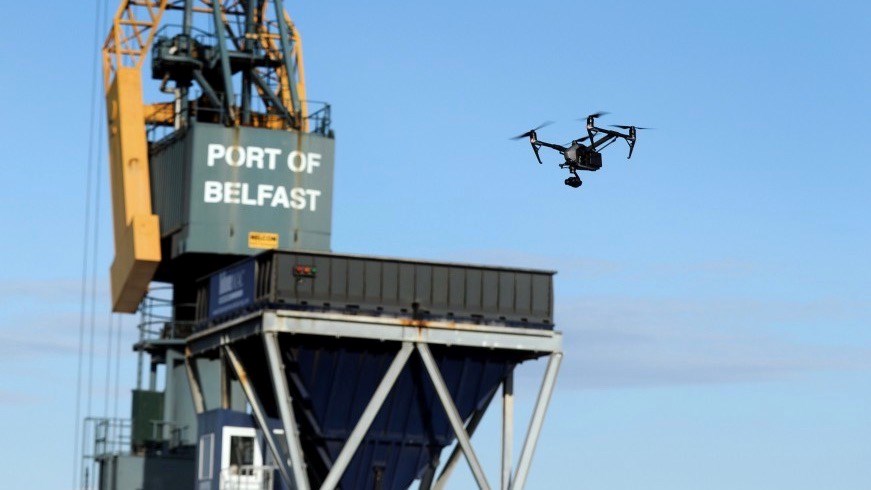 The development of a major UK 5G private network and a deep dive into the security of Open RAN networks are at the peak of today’s news mountain.

In what BT is describing as a “UK and Ireland first,” the UK national operator is to build a 5G private network in partnership with Belfast Harbour across 2,000 acres in Northern Ireland’s capital city. It might seem an odd choice for a technological maiden voyage (remember the Titanic?), but the harbour and port is a very important trading gateway, a big employer and a key contributor to the regional economy, being responsible for the smooth management of 65 per cent of Northern Ireland's trade. It deals with 24 million tonnes of freight cargo per annum as over 500,000 freight containers and trucks pass through and 1.75 million passengers and maritime workers come and go. The BT-provided 5G network is expected to improve operational processes, throughput and efficiencies and increase productivity across the entire supply chain, including transport, logistics and shipping. In due course IoT, AI and Connected Autonomous Vehicle systems and facilities will also come on stream. The 5G network will go live in early 2021, and not a moment too soon: If the UK finally crashes out of the EU without a trade deal, Belfast will be in the vanguard as bureaucracy burgeons and delays and disruptions to import and export trade become the new normal alongside the vicissitudes of Covid-19.

The O-RAN Alliance has outlined how its Security Task Group is working to “tackle security challenges on all O-RAN interfaces and components, specifying and recommending modern, practical security solutions” that follow “the 3GPP security design practices of rigorous threat modeling and risk analysis.” To find out more about the security challenges and advantages that the Alliance believes an O-RAN architecture brings, check out this detailed blog post.

Ofcom has banned the UK's mobile operators from selling locked phones, although the ban doesn’t bite until December 2021. Ofcom says the practice of locking phones to particular networks meant that unlocking at the end of a contract was complicated and discouraged owners from changing networks. Some operators believe locking devices helps deter theft and fraud, but several UK mobile service providers, including O2, Three and Virgin Mobile, already sell only unlocked phones without too many apparent difficulties.

Fujitsu reported a tough first half of the year, with total revenues down by almost 11% year-on-year to 1,631.8 billion yen ($15.6 billion) and operating profit down 12.4% to 62.2 billion yen ($594 million), but one of the few bright spots in its business was the Network Products unit in its Technology Solutions division, which recorded a 10.7% increase in sales to 99.7 billion yen ($952 million) thanks to “higher demand for 5G base stations.” NTT DoCoMo is its main customer, but it has also been selected as a radio unit supplier for US greenfield Open RAN network operator Dish and is active in the private wireless networks market.

POST Luxembourg has selected Ericsson as a 5G core and RAN systems supplier and Nokia as its provider of XGS-PON technology for its fixed broadband network as part of an upgrade to a multi-PON access system.

Nokia has also landed a deal to provide 5G RAN gear to Finnish Shared Network (SYV), which is a joint operation run by DNA and Telia Finland, and has been selected to be part of Project FACT (Future All Aviation CNS Technology), “an innovative research and development program initiated under the SESAR 2020 program.”

On yer bike! It seems close to 40 per cent of London-based (and other) businesses across the UK and Ireland intend to downsize and move to a much more adaptable "hub & spoke" office model. In future, city centre offices will be very much smaller, whilst local satellite offices will be established in small town and village locations. A mere 30 per cent of company personnel will work from headquarters locations at any one time as the trend to remote working continues to accelerate. So says a new Future of Work report from global recruitment specialist Robert Walters. A fundamental long-term shift is underway as companies and people reassess and reassign their priorities for current circumstances and the post-Covid world where working from home at least some of the time will become the norm. The research for the report showed it is vital to maintain a coherent workplace culture to meet corporate goals and that the spoke and hub model works very well because it provides for flexibility, reduced commuting time and stress, lower travel costs and a much better work-life balance whilst allowing organisations and enterprises to "motivate and monitor" employees productivity. However, apparently 60 per cent of employers remain unconvinced about remote working, regarding it as a bit of a doss for employees who need to be constantly overseen and over-managed to keep their noses to the grindstone, despite growing empirical evidence that productivity has actually increased markedly during the pandemic and remains higher than in an office environment. ​

Telecom Egypt has announced plans to construct Egypt’s largest international data centre, in a move designed to underpin its position as the largest subsea cable operator in the region and to further enhance Egypt’s pivotal geographical position between the Mediterranean and Red Sea. The installation will have access to all global submarine cable systems in Egypt and all 10 Mediterranean and Red Sea subsea landing stations, giving it access to more than 60 countries around the globe.

Facebook dips a toe into cloud gaming: According to the Verge (and multiple other outlets) Facebook is going to take the ‘free to start with’ route by introducing cloud games to its existing mobile app and platform. That means it can support “more complex” games across HTML 5 via the web and the Facebook app on Android. The goal is to make access to quite demanding games easy and free, thus providing an on-ramp to ’serious’ gaming. Facebook says it’s chasing engagement rather than profits. “The goal of these cloud games isn’t to sell you a subscription: it’s to keep you on Facebook,” explains the social media giant’s VP of play, Jason Rubin.