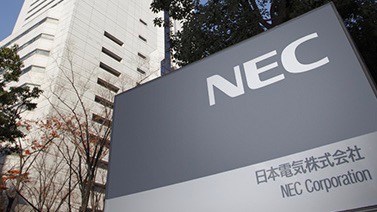 After a number of false starts during the past couple of decades, Japanese IT and networking vendor NEC finally seems to have the telecoms bit between its teeth and is targeting meaningful market growth during the next four years as the 5G market matures and Open RAN becomes a more viable option for network operators.

On several occasions in the past, NEC has threatened to build on its long-time telecoms tech success in Japan and position itself as an international force, but the efforts lacked conviction and resources and came to little: NEC was perhaps a bit too conservative and risk-averse to commit to a long-term global campaign.

Now things are different: As the global mobile networking market evolves and transforms towards more open, software- and cloud-oriented architectures, and operators worldwide show increasing willingness to hook up with companies outside the dominant set of vendor suppliers (Ericsson, Huawei, Nokia), so the door has opened for challenger vendors to make some kind of land grab and establish themselves in an expanded top tier of major mobile networking players (something that Samsung has managed to achieve with its virtual RAN focus and game-changing contract with Verizon in the US).

NEC expects its global 5G sales to grow significantly during the next four years. In its financial update for the first three quarters of the 2021-22 financial year (which ends in March), the vendor noted that its full fiscal year global 5G sales are expected to hit 80 billion yen (US$698 million), much of which will come from the Japanese market.

But its forecast for global 5G sales in the financial year 2025-26 is 190 billion yen ($1.66 billion), by which time it expects to have expanded its market share in Japan, secured new contracts, enhanced its manufacturing and sales structure and enhanced the development of its radio access network, core platform and management/orchestration software. The company expects to start shipping 5G gear to international customers in the next financial year (ending March 2023). And it is making its international ambitions very clear with its M&A startegy too, having just announced the acquisition of Blue Danube Systems to give it an even stronger base in the US market for 5G and Open RAN technology. (See NEC makes sweet Open RAN harmony with Blue Danube Systems.)

Now, even if NEC reaches that target it’s not going to have Ericsson or Nokia shaking in their boots, but that is heading towards $2 billion of business that others aren’t getting and which makes NEC a more viable partner for mobile network operators of all types, whether telcos, cable operators, municipalities or private network operators.

Apart from the current strategic drive and desire to play a more global role and build a stronger international business, there are three key elements helping to drive NEC’s international ambitions.

First, it’s not an unknown force: NEC is a known and respected name worldwide, and that helps to open doors. And in addition to its long-standing telco networking developments for operators in Japan, it does also have some pedigree in communications networking beyond its domestic market, most notably in submarine cable network and in wireless backhaul.

It also owns Netcracker Technology, the telecoms software vendor (OSS, BSS, orchestration, cloud-native functions, professional services) that has proven successful during the past decade and, ultimately, has been a good acquisition for NEC, which bought the company in 2008. It has 250 customers, mostly telcos but also some major enterprises in verticals such as finance, around the world, and it’s an asset that, one could argue, has not yet been fully exploited (in the best possible sense of the word) by NEC in terms of its international relationships. (Side note: Netcracker just extended its relationship with the wholesale arm of T-Mobile US – there aren’t many major operators where NEC doesn’t have an existing foot in the door.)

Netcracker, with its software/IT heritage, is also an important part of NEC’s 5G/mobile networking story (which we will come to shortly).

Second, NEC is now joined at the hip with NTT, which acquired a 4.8% stake in NEC in June 2020 as part of a bid to create a Japanese 5G powerhouse with a stronger footing on the global stage. NTT’s giant mobile division, NTT DOCOMO, is on a mission to build a global business based around the development, deployment and support of next-generation Open RAN mobile networks via its 5G Open RAN Ecosystem that was launched a year ago. (See NTT DOCOMO spearheads new 5G Open RAN Ecosystem.)

NEC is very much part of that ecosystem and DOCOMO is committed to international expansion in the long-term, so NEC is most certainly going to be along for the ride. And, of course, NTT DOCOMO isn’t the only Japanese company seeking to be a global Open RAN integrator/vendor/managed operations giant – Rakuten Symphony (a recent offshoot of Rakuten Mobile) has the exact same plan. It is no coincidence that both DOCOMO and Rakuten Mobile have deployed Open RAN technology in their commercial networks in Japan and now believe this will become the international norm for mobile networking. (That doesn’t mean they are right, of course, but they are both very confident this will be the case.)

And third, there is Open RAN. Like others with International mobile network business aspirations, trying to emulate Huawei’s success during the past 20 years (now on the wane, of course) by becoming a heavyweight player in the global traditional mobile infrastructure just isn’t feasible, but the migration towards virtual and Open RAN architectures offers competitive vendors the opportunity to build a meaningful market share, something that Samsung has already managed to do – according to one market research firm, it achieved an 8% share of the global RAN market in 2021. (See What’s up with... RAN market shares, Vodafone UK, Bharti Airtel.)

NEC is aiming to do the same by riding the anticipated wave of Open RAN investments and has been busy during the past couple of years developing relationships with major operators and in major markets to make itself a vital partner to operators exploring Open RAN’s potential. Here, of course, it can point to its real-world market experience in Japan with both DOCOMO and Rakuten Mobile and lean on Netcracker to help develop one of the most important weapons in any vendor Open RAN armoury – the RAN Intelligent Controller (RIC). (See NTT DOCOMO and NEC rally around the RIC.)

All of this work has been paying off for NEC. It is already regarded as one of the leading systems integration partners for Open RAN initiatives (and the SI role is absolutely key, given the potentially multi-vendor nature of such deployments) and it is working closely with big name telcos such as Telefónica and Vodafone on their Open RAN plans, as well as bedding in as a key partner for national Open RAN efforts as it has done in the UK.

If Open RAN-based networks are widely deployed and play a major role in telco, municipal and private mobile networks in the future, NEC is well placed to capitalize on the opportunities and, this time, fulfil its ambition to be a major global telecoms player.