NTT DOCOMO and NEC rally around the RIC 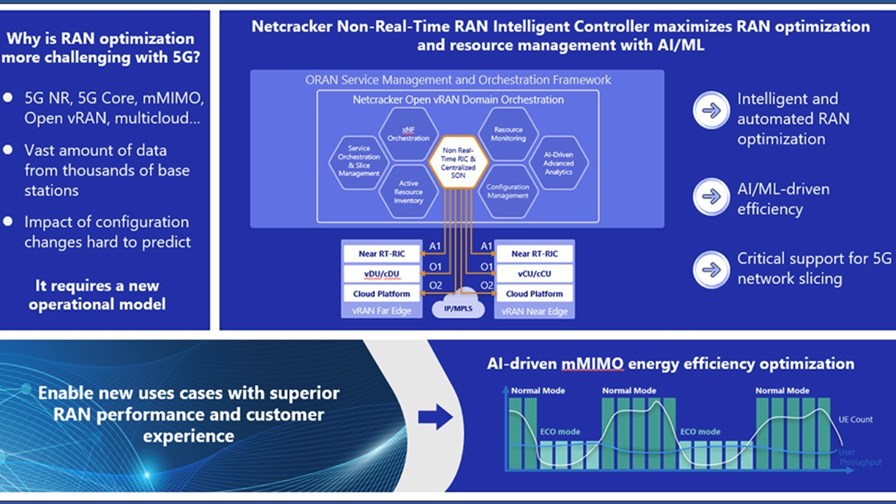 NTT DOCOMO and NEC Corp have become the latest partners to team up on the development of a RAN Intelligent Controller (RIC) platform, a key component of Open RAN architectures and an emerging battleground in the O-RAN R&D space.

The Japanese firms said they aim to reduce RAN operational costs, boost performance and reduce power consumption by developing the optimum RIC. They are keen to show off RIC functionality created by NEC subsidiary Netcracker, and have set up an online demo for the purpose. The demonstration, timed to coincide with next week's Mobile World Congress event in Barcelona – much of which is being conducted virtually – shows how throughput can be improved and power consumption reduced by applying RIC to Massive MIMO deployments, the companies noted.

DOCOMO's role in the partnership is to work with NEC and Netcracker to develop the functionalities required in the RIC for various 5G use cases, as part of a broader collaboration on the global 5G Open RAN ecosystem, including the development of solutions that use their networking and AI technologies and expertise.

Indeed, DOCOMO and NEC have built a solid partnership in recent years. Their work on testing and promoting Open RAN dates back to 2018, and a year ago DOCOMO's parent company, NTT, spent 64.5 billion yen ($560 million) on a 4.8% stake in NEC as part of a bid to create a Japanese 5G powerhouse with a stronger footing on the global stage, both in terms of technology development and building scale on the sales side.

Earlier this year, NTT DOCOMO pulled together a group of technology partners to help it create a new 5G Open RAN Ecosystem with the aim of pushing the Open RAN concept to other telcos and simultaneously position itself as a leader in the space. Unsurprisingly, NEC was among its tech partners, as were about a dozen other big names in the Open RAN world, both from Japan and further afield.

This latest bid to position itself as a key player in the RIC space is a logical extension of both DOCOMO's drive to capture – or indeed recapture – global recognition as a technology top dog and of its blossoming relationship with NEC. The Japanese firms are not just along for the Open RAN ride; they want to be in the driving seat.