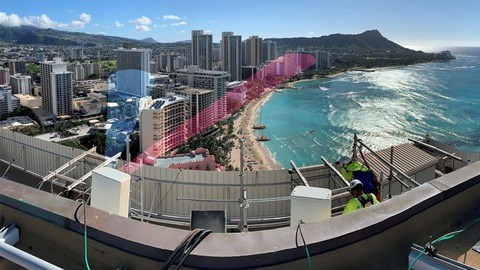 Japanese telecom equipment supplier NEC has agreed to acquire Blue Danube Systems, a US-based developer of CBRS/4G/5G RAN products, for an undisclosed sum, as it seeks to better position itself as a provider of Open RAN networking technology, and support services to all manner of network operator customers in North America and advance its efforts to become a more international player.

In its official announcement about the deal, the vendor explained that once completed, the takeover will expand its customer support capability and assets in North America while also broaden its Open RAN solutions portfolio.

The executive expressed confidence the deal will bring “substantial value” to its customers as it extended NEC’s “physical reach and innovation roadmap” to deliver on its commitment to be a leader in Open RAN development.

The deal is aligned with NEC’s Mid-term Management Plan 2025.

“Becoming part of NEC enables Blue Danube to expand our 5G product offerings, and together we will bring ever more powerful hardware and software products based on O-RAN specifications to customers worldwide”, CEO of Blue Danube Systems Mark Pinto commented in a separate statement.

At the heart of NEC’s interest appears to be the applicability of Blue Danube’s products to network deployments that make use of the Citizens Broadband Radio Services (CBRS) 3.5 GHz spectrum that was auctioned in the US in 2020. While big names such as Verizon and DISH spent the most money in the auction, which raised about $4.6 billion, the FCC announced that more than 200 companies, including cable operators, ISPs, utility companies and enterprises, splashed out on licenses and it seems increasingly likely that many of the smaller organisations, and those not already in the wireless services market, will invest in standard hardware platforms and Open RAN software applications if they decide to build their own infrastructure.

While NEC already has operations in the US, the acquisition of a US-based company with an existing product portfolio relevant to its target market will only enhance NEC’s chances of becoming a more significant player in the US radio access network technology market and fuelling its ambitions to become an international supplier of Open RAN capabilities.

Blue Danube Systems, which was founded in 2006, has offices both on the West Coast (Santa Clara, California) and the East Coast (New Providence, New Jersey) in the US. It’s a contributor to the O-RAN Alliance and is focused on developing technology that can boost network capacity and enhance coverage.

Among its offerings are AI/ML-based software solutions and patented beamforming technologies, some of which are said to address coverage issues in high-rise buildings, enable signals to penetrate thick walls without excess interference in the surroundings, as well as maximise user experience at special events and in dense urban areas.

Its backers include several big-name companies, including Sequoia Capital, Silver Lake Partners, Northgate Capital and AT&T, which has put Blue Danube’s technology through its paces in the past. According to data from Crunchbase, Blue Danube Systems raised $33.9 million in funding during its time.

NEC’s acquisition of Blue Danube Systems is expected to close by the end of March.