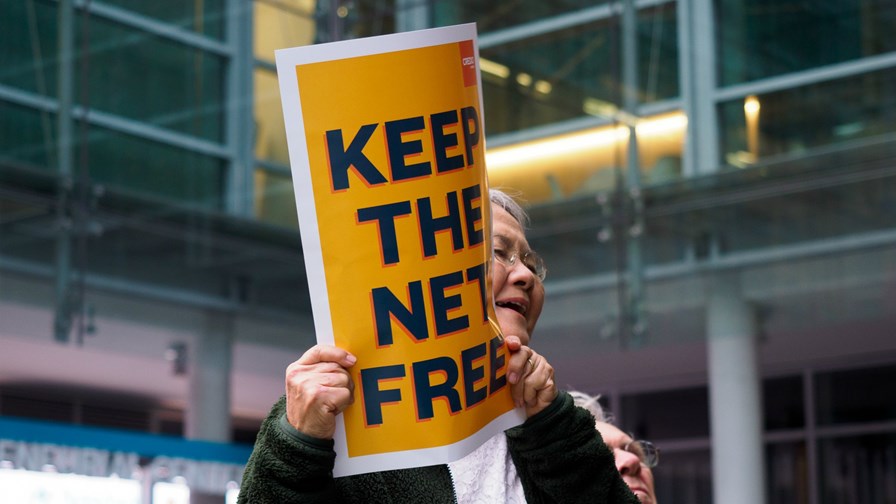 Back in 2015, when it had a majority of Democrat members, the Board of the Federal Communications Commission (FCC), the US telecoms regulator, introduced rules requiring telcos and Internet service providers to not to prioritise the transmission of one form of Web traffic over another and treat all of it equally.

In other words. the regulator prevented ISPs and their ilk from blocking and throttling traffic and giving precedence to their own content or that of companies that would be willing to pay a premium to have access to a Web fast track. But that was then and this is now, the current FCC board has a Republican majority and Chairman Ajit Pai has long been determined to dismantle the regulations introduced during the administration of President Barack Obama.

Mr. Pai says the repeal will allow broadband providers "addition freedoms" that "ultimately will mean better, faster, cheaper Internet access and more competition." His opponents disagree and a shifting and amorphous coalition of them, including individual state legislatures, are resisting the federal government's changes tooth and nail.

For example, Oregon, Vermont and Washington state have already passed "open Internet" legislation, the governors of a further six states have imposed net neutrality via executive orders and California is framing a law to compel the US Congress to introduce an oft-mooted but never-introduced "federal standard" that would enshrine within it the principle of net neutrality - so the fight isn't over yet.

That said, the newly-deregulated telcos and ISPs are expected to move quickly to boost their revenues by introducing a raft of new "offers" and "packages" to subscribers who already pay an unconscionable amount for their monthly broadband and content. Ajit Pai says the extra money generated will be used to increase investments in the poorly served remote and rural areas of the US. And perhaps it will, but maybe it won't. What the repeal does mean for sure, however, is that telcos and ISPs will be able, legally, to throttle, block and prioritise traffic provided they tell the FCC in advance of their intentions to do so and advertise the changes on their corporate websites. What could possibly go wrong?

Some telcos, most noticeably AT&T and Verizon have already stated that the have no current intent to throttle or block traffic while Comcast has announced that it does not block or slow content and has no current plans to introduce paid prioritisation. Of course, the get-out clause here is the use of the phrase "no current plans" because those "plans" could, and probably will, change at any time.

Critics of the demise of net neutrality say that telcos and ISPs may also come up with alternatives to swingeing price rises. For example one route may be to offer discounts to subscribers provided the telcos and ISPs are given permission to gain access to and manipulate personal data and browsing histories. Other parties warn that nothing much will happen this side of November because sudden and steep tariff increases could be a big factor in the upcoming Mid-Term elections, but add that post-election things will change quickly and bills will rise.

Meanwhile in excess of 20 states are taking legal action against the FCC to overturn the repeal of the net neutrality regulations and the case goes before a federal appeals court in Washington DC in December. The US supreme Court is also deliberating on whether or not it will hear another lawsuit designed to have the repeal law overturned.

Pai-in-the sky Ajit says, “I’m confident that our decision is the one that best vindicates consumers concerns going forward, and protects them in the Internet economy that we have, and promotes a stronger economy for them going forward. In fact, I don’t think consumers are going to see any change at all."

Yes, well, TelecomTV will be watching closely and will report back as and when his words turn to dust and ashes. It seems more than likely, indeed it seems inevitable, that the repeal of net neutrality will lead to increased prices and less competition as far as subscribers are concerned not least because further consolidation of the already heavily-consolidated US comms market will continues apace and we'll watch as the behemoths swallow their smaller competitors whole.