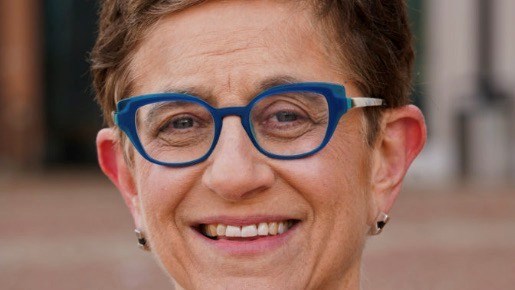 The enduring and scandalous deadlock over the still-unfilled Democrat place on the five-person board of the US telecoms regulator, the Federal Communications Commission (FCC), seems likely to continue until after November’s mid-term elections and on into 2023 – or even longer. The situation is unprecedented and has lasted for so long (over 600 days now and counting) that the FCC’s chairwoman, Jessica Rosenworcel (a Democrat) is, at long last, publicly contemplating using the powers she has to put an end to the impasse via her casting vote. Why she hasn’t previously used her authority to do so as the affair drifted on and on is a mystery. Maybe it will eventually be a case of better late than never – but perhaps it won’t.

At the heart of the deadlock is the thorny issue of net neutrality in the US: basically, the principle that an internet service provider (ISP) must provide access to all sites, content and applications at the same speed, under the same conditions without blocking or giving preference to any content.

Back in 2017, the Trump-designated head of the FCC, Ajit Pai, with the support of the Republican majority members on the board, reclassified ISPs (under legislation dating back to 1934, fifty years before the internet came into existence) as “Title I information services that are not subject to “mandatory access or rate regulation rules”. This deprived the FCC of the power to impose net neutrality.

Through his action, Pai broke the 20-year bi-partisan FCC consensus that the internet should be open and, after the ruling, broadband providers were able to raise prices, throttle speeds and prioritise the delivery of content and services according to who would pay the most to get it first. Meanwhile, the views of the 83% of ordinary Americans who supported net neutrality were ignored.

Now though, new legislation, the Net Neutrality and Broadband Justice Act, is pending and Rosenworcel says she fully supports the bill, which would reclassify internet access as a Title II telecommunications service and thus, via national legislation, return to the FCC the authority to enforce and police net neutrality. However, the reality is that she can do that anyway without the need for any new legislation to be passed.

The so-called “Markey” bill was introduced by two Democrat senators, Ed Markey, of Massachusetts and Ron Wyden of Oregon, and another Democrat, Doris Matsui, a member of the US House of Representatives for California’s Sixth Congressional District. It is a model of legislative brevity, comprising just two pages of text. Commenting on it, Jessica Rosenworcel says, “While I trust the FCC has the authority it needs to adopt net neutrality rules, legislation that helps ensure it is the law of the land is welcome.” In other words, “I can do it as things stand, but it’s nice to have some unequivocal backup.”

That said, whilst it is fine to have the FCC’s authority to act re-confirmed under a new law, the bigger problem is the lack of a Democrat majority on the FCC board. It is politically tied at 2-2 and the Senate has kicked the ratification of the nomination of Gigi Sohn (pictured above) down the field time after time. President Biden nominated Rosenworcel as chairwoman (who was already at the FCC) and Sohn (who had formerly been at the FCC) as a commissioner. Rosenworcel was eventually confirmed to her post by the Senate but Sohn has been in limbo for so long now she must feel as if she’s playing a part in a reality TV remake of John Bunyan’s The Pilgrim’s Progress, just without the progress.

Whilst she has been waiting, she has endured relentless attacks from Republican senators, big technology companies and other vested interests been. She was also vilified for tweets that were critical of Fox News, which is ironic given that the TV station seems now to have turned its back on Donald Trump and is no longer his most ardent cheerleader.

Sohn’s nomination did squeak through the Senate Commerce Committee in March this year and the next step would be a full confirmation vote, but it hasn’t been scheduled. With the results of the mid-terms likely to redraw the political map, with the Republicans gaining a Senate majority, Sohn may never be confirmed in post and the whole mind-numbingly cynical process will have to begin all over again – or perhaps it won’t before another presidential election. It is even possible that the FCC could remain tied seemingly ad infinitum, and if that is the case, Jessica Rosenworcel will have to exercise her power to break the deadlock, something she has been curiously reluctant to do.

Meanwhile, big US comms companies, including AT&T and Comcast, have been quietly lobbying against the appointment of Gigi Sohn. So far this year, AT&T has spent $3.1m on lobbying while Comcast spent $3.3m and, while not all of that will have gone on petitioning against her appointment, some of it will have.

Matters have not been helped by the fact that Joe Biden himself is not a particularly vocal supporter of net neutrality and hasn’t been very active in agitating for Sohn’s appointment process to be expedited. On the presidential campaign trail, Mr Biden stressed that, if he were elected, broadband competition would be a big priority for his administration. However, although a vacancy on the FCC board opened in January 2021, as Biden took office, no effort was made to nominate a new commissioner until late October last year. Why there was such a delay has never been explained but its ramification could well mean that net neutrality will not be restored for many years – if at all.