Apple to launch HomePod into a dumb home market 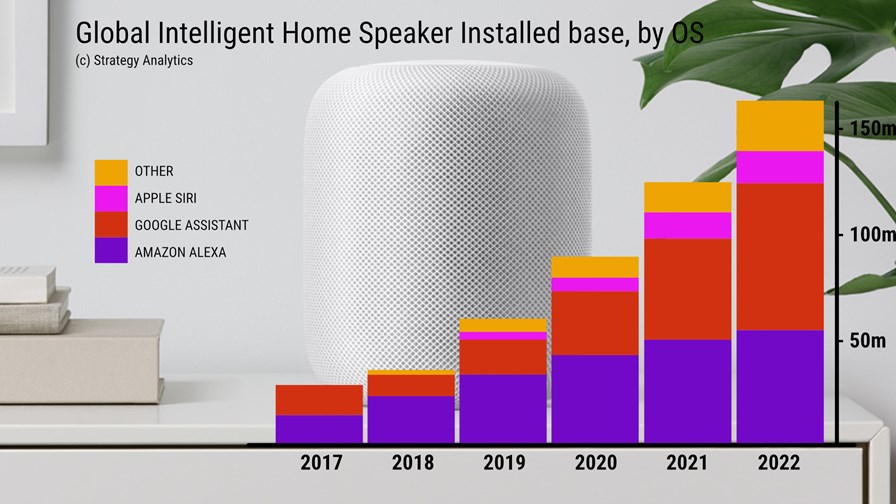 It’s always a pleasure watching one of Apple’s mammoth keynote presentations, and yesterday’s WWDC morning session was no exception. The two hours sped by with “super” and “awesome” revelations, with each utterance met with whoops of joy from the assembled throng of developers. OMG! Apple is lit!

Sneer at the event if you like, but there is no arguing that the format works and that Apple is (mostly) rather good with its execution. The same cannot be said of Panasonic, mind you, as the launch of its new cinema camera last Friday at 1am UK time (yes, sad geek that I am, I did indeed watch it live) was a lesson in marketing incompetence and was the very definition of “amateur hour”.

In amongst all the super awesome MacOS and iOS goodies, and new models of the iPad Pro and iMac, was a sneak peak of Apple’s first entry into the smart speaker market. The HomePad (yes, it does take a bit of getting used to) appears to be a high-end audio speaker coupled with a voice-controlled Siri assistant. In other words (and as visually shown on the keynote slides), a hybrid of a Sonos speaker and an Amazon Echo speaker. Of course, this being Apple, the mooted $345 price tag will no doubt equate to £345, which is slightly more than buying both an Echo and a Sonos Play 1…

Apple never skimps on technology refinements, nor indeed build quality, and has included an A8 processor to control the unit, in a similar approach to its wireless earbuds. Yes, it does indeed appear to have been built with music front and centre, which has long been one of Apple’s core strengths and differentiators. But it also marks Apple’s first foray into home voice assistants and controls.

I read a blog post recently where someone (apologies, their name escapes me) astutely observed that emerging technology companies should not be lulled into a false sense of security if they manage to go a couple of years without Apple launching against them. That two year window is rarely enough for the pioneering company to establish global market dominance, and instead permits Apple to observe, test and plan before throwing their considerable weight and resources behind their own solution. We are in the same situation with home intelligent speakers (or whatever this sector should be called).

Apple’s HomeKit and iOS app have not exactly set the market alight… yet. This has been either helped or hindered (you decide) by Apple’s insistence on ensuring individual device compliance to its specs. In fact, Apple highlighted that security and privacy were fundamental to the design of the new speaker, as they are obviously aware of consumer fears about data privacy and the real risks of malware infecting their smart home devices.

“Apple has been rapidly building its HomeKit ecosystem of smart home devices and capabilities in recent months with manufacturers such as Logitech, Lutron, Honeywell and Leviton; the introduction on a Siri-powered hub will bolster that effort and encourage more brand-name manufactures to join in,” said Bill Ablondi, Director of Strategy Analytics Smart Home Strategies research program. “The speaker will also entice consumers to use Apple’s streaming music service instead of the competitions’.”

According to Strategy Analytics, consumer appetite for intelligent home speakers has surged since they were first introduced in 2016 by Amazon. The research firm forecasts more than 12 million to be purchased globally in 2017 with the Amazon Echo accounting for 80 per cent of the volume. By 2022 more than 164 million are expected to be in use worldwide.

“Amazon’s Echo has a commanding lead currently and Google’s Home Assistant has the potential to dominate the Intelligent Home Speaker market in the long term assuming it can capitalize on its clear strengths in search and machine learning,” said Joe Branca, Principal Industry Analyst on the Strategy Analytics’ Smart Home team. “However, a Siri Speaker will change the market dynamics and pull Apple fans away from the others and make HomeKit their smart home platform of choice.”

For smart home technology to be widely adopted it must provide more benefits than solely being connected. A recent report from the User Experience Strategies service at Strategy Analytics found that consumers want more than just remote access to their home – they want data that they can act on and use to benefit their lifestyle. They want proactive devices and systems, shifting the balance from being reactive, to tasks being automatically completed for them, based on the information provided.

“Remote control of the home environment is limited”, said Chris Schreiner , Director of Syndicated Research at Strategy Analytics. “Users are currently required to react to and interpret information provided by their smart devices – there is no allowance for the devices to be used to their full potential. Providing features such as contextual awareness and artificial intelligence will make smart devices more proactive. Furthermore, utilising natural forms of human machine interface like voice, sensors or presence, will also provide more use cases.”

This market is not quite two years old (the Echo started shipping in the US on July 14, 2015). Apple’s entry in December will be a major boost and create further consumer interest. This will likely benefit Amazon and Google as well, and hopefully should encourage more interest in this area. So what about communications service providers, what role do they have? Some, such as Deutsche Telekom, are already heavily invested in smart home services; others show no interest whatsoever. As the story from my colleague Ian Scales today highlights, CSPs continue to face an uphill battle to be valued for anything other than connectivity. Yet they already have huge penetration into consumer households, with fixed line telephony and broadband – so why aren’t more of them trying to leverage this unique strength? If CSPs miss out on this market, then they only have themselves to blame.