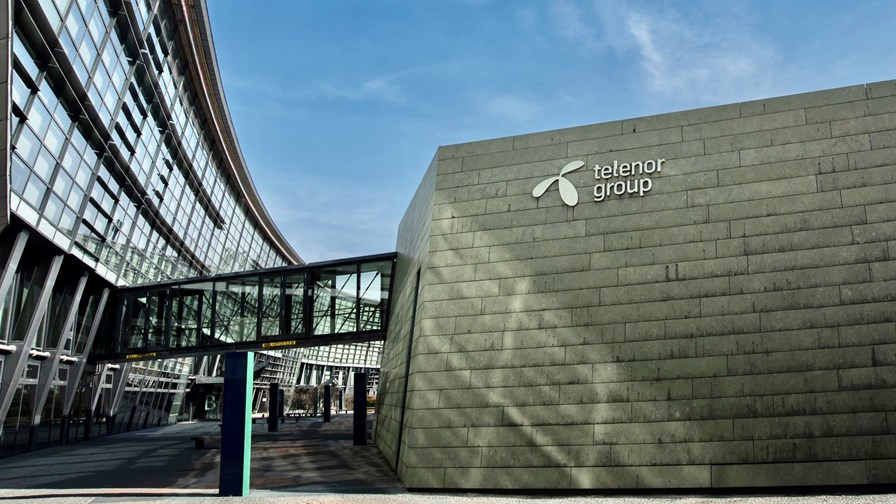 In today’s industry news roundup: Telenor rejigs its management team and forms two new units; Aviat’s efforts to wrest control of the Ceragon board and kickstart an acquisition process have been thwarted; Nokia gets its iSIM Secure Connect solution stamped; and more!

Telenor has unveiled plans for a major rejig of its team and the creation of some new units as it seeks to further boost its position in the Nordics and Asia. As part of the overhaul, it has created two new business units: Telenor Infrastructure, which will focus on refining “the value of Telenor’s infrastructure in the Nordics” (which sounds like the start of a capital optimisation project); and Adjacent Business, which will work on developing “adjacent services within existing and potential new independent entities, as well as with others outside Telenor”, which is the type of development becoming more common among telcos as they evolve to become digital service providers and look to explore business opportunities in new areas where they can take advantage of their customer relationships. Another change affects the telco’s structure in the Nordic region, where it is combining all four divisions – Norway, Sweden, Denmark and Finland – under a new Head of Telenor Nordics, Petter-Børre Furberg. According to Telenor, this will foster collaboration in the region. Furberg will succeed Jukka Leinonen, who was heading the Nordics hub before retiring in June. In Asia, Telenor’s operations will get greater autonomy under the leadership of Jørgen C. Arentz Rostrup. The telco also plans to strengthen its regional office in Singapore to support the merger processes in Thailand and Malaysia, as well as to further develop the Bangladesh and Pakistan operations. Lastly, Telenor Norway will have Birgitte Engebretsen as its new CEO from 1 September. “We are reinforcing the collaboration and creating synergies between our four Nordic business units to develop new services more quickly and efficiently, while Asia will focus on building scale in partnership with others. At the same time, we are ramping up our efforts to develop existing and potentially new services and are setting ourselves up to strengthen the value of our infrastructure,” commented Sigve Brekke, Telenor Group president and CEO. See more here.

The vast majority of Ceragon Networks’ shareholders have spurned efforts by backhaul technology vendor rival Aviat to take control of the board and approve a takeover offer. Aviat, which holds about 5% of Ceragon stock, had proposed a revamp of the Ceragon board by ousting three existing directors and nominating five new directors, a move that would have given it control and able to further its efforts to acquire Ceragon for $3.08 per share, or $258.5m. But at an Extraordinary General Meeting (EGM), shareholders representing less than 15% of Ceragon’s voting rights supported Aviat’s board nominees and a majority voted against all of Aviat’s proposals. According to Ceragon, the “outcome reinforces that Ceragon shareholders recognize that Aviat’s indication of interest significantly undervalues Ceragon and that Aviat’s attempts to take control of the Ceragon Board are not in the best interest of Ceragon shareholders.” Ceragon’s stock lost 1.7% of its value on Tuesday to end the day at $2.29. News of the shareholders’ decision came as Aviat reported a 10.2% year on year increase in fiscal full year revenues to $303m: The company has not issued a statement regarding the outcome of the EGM, other than to file a form with the Securities Exchange Commission (SEC) noting that “the proposal to remove three members of the Issuer’s Board of Directors did not pass nor did the proposal to elect Aviat’s director nominees.” The question now is: Will Aviat now abandon its efforts to buy Ceragon, or have another go?

The market for integrated SIM (iSIM) is becoming more visible as solutions based on the integrated software technology are starting to obtain the certification required before becoming broadly adopted. Nokia has received accreditation from industry association the GSMA for its iSIM Secure Connect solution, which uses a software-as-a-service (SaaS) delivery model to manage machine-to-machine (M2M) consumer device subscriptions for embedded SIM (eSIM) and integrated SIM (iSIM)-enabled devices. According to the vendor, its solution will allow CSPs and enterprises to manage connected devices at massive scale, opening the door for opportunities “to monetise services linked to trusted digital identities”. According to Mark Bunn, SVP of cloud and network services at Nokia, “hitting this milestone underscores the progress we are making to greatly improve the time-to-value that CSPs and enterprises can realise by having on-demand access to our SaaS services”. Mobile connectivity and interoperability services provider BICS considers iSIM as the most energy-efficient way to deploy massive internet of things (IoT) solutions, claiming it can reduce IoT device power consumption by as much as 70% compared with devices using traditional SIM cards – see How eSIM and iSIM will play a critical role in massive IoT adoption.

Twitter could be in serious trouble with the US financial authorities following the filing of a whistleblower report with the SEC that highlights alleged security failings at the social media giant on a massive scale, just as the company embarks on a legal battle with Elon Musk related to the controversial business titan’s $44bn acquisition plan. Musk wants to abandon his takeover of the company, and this whistleblower report, which alleges (among many other things) that Twitter misled US authorities about its security status, could be just the ammunition he needs to get out of the deal. For more, read this Protocol article.

Japanese operator NTT DOCOMO has started offering a 5G standalone (SA) service, which promises to deliver communication with larger capacity and higher speeds compared with regular 5G. The company claimed that with the new service, it can deliver a maximum download speed of 4.9 Gbit/s and upload speeds of up to 1.1 Gbit/s. On its page announcing the service launch (available here in Japanese), the operator also provided steps on how those interested in its 5G SA offering can apply and start using it.