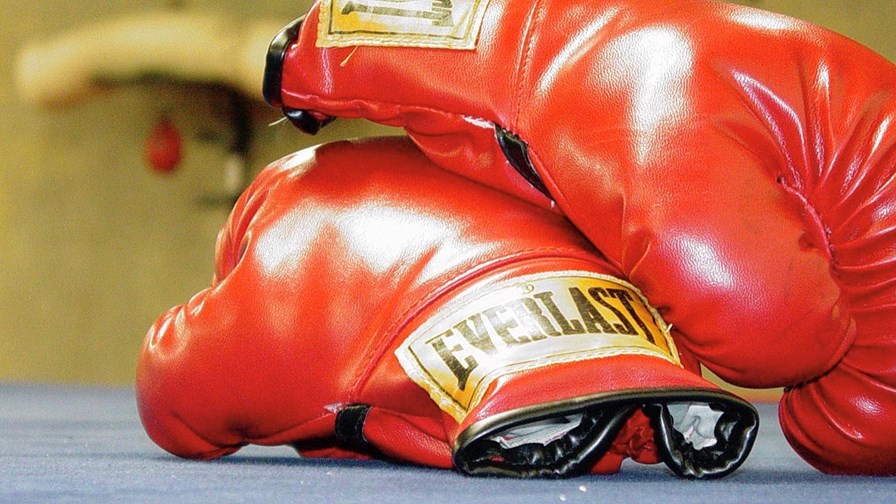 The bell has rung for round two in the ongoing battle between wireless backhaul technology rivals Ceragon and Aviat, which are engaged in a bad-tempered M&A battle that isn’t covering anyone with any glory.

Here’s the story so far for those that missed the opening round… In late June, Aviat announced it had acquired a 5% stake in its competitor and tabled an aggressive and not very complimentary takeover offer worth $235m to take full control of Ceragon – see Aviat makes bold $235m bid to buy backhaul rival Ceragon.

In mid-July, Ceragon hit back with a presentation to its shareholders that decried its rival’s move as a “Trojan horse hostile campaign” that aims to wrest control via means that violate its shareholder-approved articles by placing “unqualified” individuals onto the company’s board at Ceragon’s upcoming extraordinary meeting of shareholders on 23 August just so they can force through an acquisition. It also claimed the offer, worth $2.80 per share in cash, was an opportunistic takeover effort at a low-ball price – see What’s up with… SoftBank and Arm, Aviat and Ceragon, Asterion.

Now round two of the bout is well and truly underway. Aviat’s response to being spurned was to increase its bid by 10% to $3.08 per share, comprising $2.80 in cash plus $0.28 of Aviat stock, valuing the takeover offer at $258.5m – see Aviat Networks Revises Proposal to Acquire Ceragon Networks to $3.08 Per Share.

That offer was made public on 2 August, a day after Ceragon reported its second-quarter financials (with revenues up 3.1% year on year to $70.7m). Explaining the rationale behind the improved offer, Aviat president and CEO Peter Smith noted that “since we publicly announced our proposal to acquire Ceragon on June 27, 2022, we have spoken with Wall Street analysts and many Ceragon shareholders, who have recognized the compelling strategic logic of such a combination. In addition to offering immediate and certain value to Ceragon shareholders, our transaction will create significant synergy opportunities, and provide the combined company with the scale and reach to innovate more, expand revenue opportunities, and enhance addressable market capture. Ceragon shareholders have told us clearly that they would also like to benefit from the combination over time. We have addressed this in our revised proposal through the addition of an equity component, which provides Ceragon shareholders with a compelling opportunity for both near- and long-term value creation.”

The new offer caused Ceragon’s stock to spike by more than 5% but only to $2.76, some way short of the new offer, suggesting little investor appetite for the deal. Since then, Ceragon’s stock has sunk back to $2.56 – is Aviat’s bid not being taken seriously?

On 8 August, Ceragon announced its rejection of the improved offer, claiming that “Aviat’s slightly improved revised IOI [indication of interest] continues to significantly undervalue the company on a variety of financial metrics,” while stressing that the Ceragon board is “open to exploring a transaction with Aviat or anyone else [hint hint?], but only if such combination delivers full, fair and certain value to Ceragon shareholders.”

The Ceragon team added: “​​While there is more work to be done, we are excited about the progress we are making and our outlook for the future. With the strength of our core business, combined with our new growth initiatives and supply chain normalisation, we expect to drive revenue of $325m to $345m in the full year 2023, and are targeting revenue of approximately $500m and gross margins of at least 34% to 36% within the next five years.”

That’s quite a big step up from the $300m to $315m in revenues expected this year, so there was a get-out-of-jail clause included in the statement: “Our guidance is, of course, subject to potential downsides and upsides as we continue to address supply chain challenges facing the industry.” In other words, please keep $500m in mind but don’t hold us to it…

Aviat then upped the ante with a few corporate jabs, issuing a statement on 10 August that cited a report from independent proxy advisory firm Institutional Shareholder Services (ISS) as being critical of the Ceragon board’s passive approach and Ceragon’s “track record of underperformance.” It also claimed that ISS recommended the removal of two Ceragon board members. "We are pleased that ISS recognises the need for boardroom change at Ceragon to ensure an independent evaluation of strategic alternatives, including Aviat's acquisition proposal," noted Aviat’s Smith in the statement. "We believe, however, that the fastest path to a premium transaction lies in not just removing two of Ceragon's entrenched directors, but also removing ALL THREE of the targeted directors, and electing our highly qualified director nominees to independently consider value creation opportunities.”

Interestingly, at the same time, Ceragon was also citing ISS, which doesn’t appear to be particularly enamoured with either party. Ceragon noted in its statement that ISS “recommends that shareholders vote AGAINST all of Aviat’s nominees,” and that ISS noted that the Aviat takeover offer “lacks the certainty seen in typical M&A proxy contests. This is also a sizeable transaction for the bidder, so concerns regarding its ability to close are not completely unfounded.”

What has made matters worse for Ceragon during this tussle with Aviat is that it has been without a chief financial officer – its previous CFO, Ran Vered, quit in March and left in May to join a non-telecom business software developer.

The company has now named Ronen Stein as its new CFO, though he doesn’t start until 21 September, almost a month after the shareholders’ meeting that is set to be quite lively. Stein has “extensive experience in mergers and acquisitions in diverse industries, leading transactions from both sides of the table,” which will make him a very handy person to have on board as the Aviat tussle is likely to be ongoing for a while yet, whatever the outcome of the upcoming meeting.

He also has industry experience, having most recently been the CFO at fixed wireless access technology developer Siklu. Ceragon says Stein will “provide financial and strategic leadership and planning to help accelerate Ceragon’s business momentum and deliver profitable growth.” But he’ll only get to prove himself if Aviat’s takeover attempt is unsuccessful.

In the meantime, the mobile operator customers of both Aviat and Ceragon, of which there are many for both, are likely not best pleased at such important suppliers spending so much time, effort and attention on a corporate battle that will not be helping them focus on meeting customers’ needs – both have wireless backhaul products that play an important role in the data transport segments of 5G as well as 4G networks. The operators will be hoping the saga is over soon and that they don’t have to step in and collectively knock some heads together.