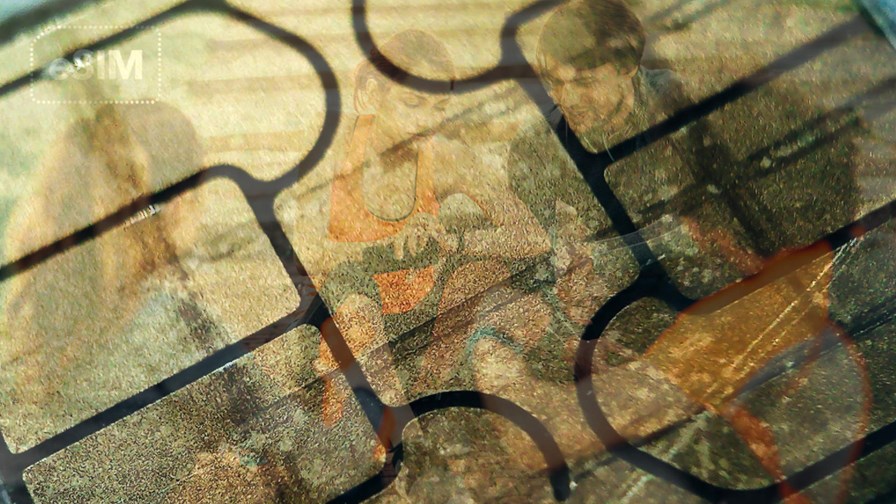 As the desire grows among the world’s enterprises to benefit from the internet of things (IoT) and make productive use of billions of connected devices, it has become increasingly important to identify the most effective, affordable and energy-efficient approach to IoT. Mobile connectivity and interoperability services provider BICS claims the optimal technology solution is integrated SIM (iSIM) which offers efficiencies in terms of physical space and power consumption, though it cautions an iSIM approach will come at the expense of extended product development.

Luc Vidal, head of the internet of things (IoT) business at BICS, spoke to TelecomTV about developments related to embedded SIM (eSIM) and iSIM capabilities, and what makes them different but still critical to the future of IoT connectivity services.

The eSIM, a programmable SIM card embedded into a device that allows users to switch to another connectivity provider more easily, first emerged about eight years ago. According to Vidal, this type of SIM card will play “a very important role” as service providers and enterprise users seek to significantly expand the use of connected devices and achieve massive IoT (also known as massive Machine-Type Communications, or mMTC, regarded as one of the three main use cases for 5G).

“When you look at every research on the future of IoT, they talk about tens of billions of connected devices coming to mobile networks in the coming years. That wouldn’t be possible without [eSIM]. If you are a company that manufactures a product, you want to put connectivity into it. You need this to be as simple as possible… [without] simplicity and flexibility, it will never be possible for the industry to deploy massive IoT. And eSIM basically provides simplicity and flexibility”, noted Vidal, adding that simplicity in eSIM covers both the manufacturing process and the deployment phase.

With eSIM becoming a more mature technology, the industry has been working on the next step – iSIM, effectively an invisible solution that is integrated into the electronic componentry of a device.

“It’s a piece of software into the processor that will support everything required to simulate a SIM card”, Vidal stated, highlighting two main benefits of the innovation.

Firstly, it saves space, which is key for manufacturers looking to build very small IoT products and is expected to result in the possibility to connect more things.

“If you talk about massive IoT… you want to connect everything – you need to be very effective in [deploying] sensors and they should be very small”, he noted.

Another challenge solved by iSIM is power reduction, especially in massive IoT deployments. According to Vidal, an iSIM uses about 70% less power than a traditional SIM card, because “it’s not a separate microprocessor… so you don’t have direct use of power”.

Looking at the adoption of iSIM on a global scale, Vidal claimed that more and more enterprises are making strides towards integrating the technology into their products. However, there is a hurdle to its widespread utilisation.

“One of the drawbacks of iSIM is that, since this is very much integrated into the product, it requires more work on the IoT product development stage. It’s going to take some time to be progressively adopted. It’s part of the future of IoT, but it makes the product development longer – that’s for sure”, said Vidal. His expectations are that iSIM will start being deployed by 2024 and until then, it will go through prototyping and pilots at various enterprises.

He suggested that enterprises need to get ready for the longer product development cycle that comes with iSIM, but that it is still worth it for its savings in terms of space and power consumption.

Meanwhile, eSIM adoption is now growing – about 25% of the SIM cards that BICS sells currently are eSIMs. Vidal acknowledged this is still not a lot, as if the industry is looking to achieve massive IoT, the level of adoption needs to get to 70-80%.

“We are not there. It’s still complicated to do – on the platform side, the platforms are complicated to deploy, to integrate and so on. And the good thing is that the telecom industry [recognises] this challenge”, noted Vidal, adding that industry body the GSMA is working on new eSIM-for-IoT specifications that should be ready by 2023, with the first commercial launch using the new framework expected the following year. “Then, we should see real acceleration,” which would bring more simplicity and reduced costs, he added.

In terms of the impact that the adoption of eSIM and iSIM technology might have on the use of other connectivity technologies, such as Wi-Fi, Vidal suggested that the SIM card “brings something that Wi-Fi does not offer – it’s much more simple and flexible,” as it connects a mobile device automatically without the need for entering a password.

And as private 4G and 5G networks are increasingly deployed at enterprises that are looking to connect everything, iSIM would enable them to natively have more connected devices “in a very efficient way”, because the card is small and is “part of the mix of technologies that will make mobile stronger compared to Wi-Fi” and is, ultimately, “changing the game”, according to Vidal.

In the end, both eSIM and iSIM are set for “a promising future”, claimed Emma Mohr-McClune, service director of global telecom consumer services, platforms and devices at GlobalData.

“The eSIM will be used for customer profile management, and is therefore a better bet for smartphones and other consumer hardware, whereas the integrated iSIM model is ideal for large-scale enterprise and industrial IoT deployments”, she noted.

According to her, the eSIM market still has a long way to go, but it’s already “widely available” globally.

“Almost all the new flagship smartphones are eSIM-enabled, and as consumers upgrade, those older models that do not support eSIM are being phased out fast”, Mohr-McClune explained.

However, the main challenge in the eSIM domain is related to “customer sentiment and familiarity with the physical SIM concept”, as the technology requires a certain degree of proficiency and confidence in digital self-servicing.

The analyst suggested telco operators play a big role in perfecting and communicating the ease of digital profile self-management.

“Carriers need to spell out what the eSIM is good for, in plain language, to make sure consumers ‘get it’. And then, they have to deliver on the perfect profile self-management experience”, she concluded.

The market education point is also made by the team at GSMA Intelligence, the research arm of the industry body, which also notes there are already plenty of service providers with eSIM offers that need to be marketed to customers. In its introduction to a recent report on the eSIM market, its team noted: “As of June 2022, more than 260 operators (MNOs and MVNOs) have launched commercial eSIM service for smartphones. That’s good progress at the industry level, but less than 30% of consumers (on average across eight major countries analysed) are aware of eSIM – this is a barrier to adoption at scale.”