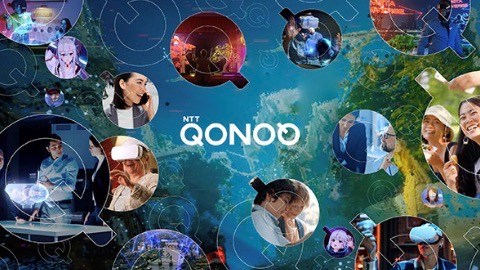 Having earlier this year signalled its intention to expand its metaverse research and development activities, Japanese operator NTT Docomo has formed a wholly-owned unit called NTT Qonoq that, with a reported budget of 60 billion yen (US$412m), will develop hardware and software products for the extended reality (XR) sector.

Docomo’s CEO, Motoyuki Ii, told the Nikkei Asia newspaper earlier this year that the operator would step up its metaverse efforts before the end of the year, building on the work already started on XR World, its consumer metaverse platform.

Now Qonoq has been formed to explore enterprise as well as consumer use cases. It has been operational since 1 October, and has some 200 staff focused on hardware and software product development and providing customers “with services and solutions that focus on the global market in the metaverse and digital twin fields,” according to the mission statement on the unit’s website.

The new unit will “further promote Docomo's goal of ‘creating a new world of communication culture’ by developing various services and solutions using XR,” noted NTT Docomo in its announcement about the launch of Qonoq.

Key to the operator’s enterprise metaverse developments will be the work already done by NTT XR, a related unit within the broader NTT Group empire that was set up in late March this year “to support the transformation of customer operations in a wide range of situations, including manufacturing, distribution and retail,” stated NTT Docomo.

Underpinning that research and development will be the operator’s Innovative Optical and Wireless Network (IOWN) next-generation network developments, which have already been underway at parent company NTT for several years and are underpinning the NTT Group’s 6G efforts.

Ultimately, the Qonoq team’s mission is to develop new business opportunities for NTT Docomo which, like its network operator peers around the world, is looking to branch out from its traditional connectivity services and provide a broader range of digital services to its consumer and enterprise customers. And according to some industry observers, the pot of gold at the end of the metaverse rainbow could be substantial by the end of this decade.

The enterprise sector is regarded as key in terms of delivering new revenue growth for telcos and is an area where industry executives believe telcos can have the greatest impact with their virtual reality (VR), augmented reality (AR) and mixed reality (MR) applications – see B2B at heart of telco growth plans but B2C is still the engine room, finds report and Telcos should focus their metaverse efforts on the enterprise sector – Openet CEO.

In setting up Qonoq, NTT Docomo joins a growing list of telcos that are dedicating resources to metaverse developments in the hope of tapping into the future needs of customers and making the most of the enhanced connectivity that fibre broadband, 5G and, ultimately, 6G will enable.

Telefónica has recently been heavily promoting its metaverse efforts, and even held a Metaverse Day in Madrid to share its insights, while Orange has also been upping its XR game and Deutsche Telekom has teamed up with SK Telecom to bring the South Korean operator’s metaverse platform to Europe. For more on this topic, see Will mobile operators jump on the metaverse bandwagon?