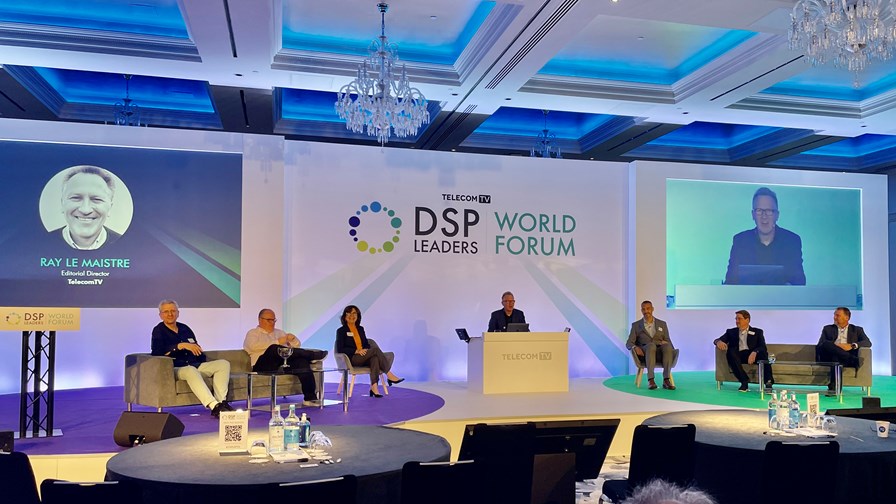 Executives from various sectors of the telecoms ecosystem, including operators and standards bodies, discussed what can be done to accelerate the pace of innovation, rollouts and service development in the industry during the recent DSP Leaders World Forum.

The telecoms sector is often accused of dragging its heels and missing opportunities, but that perception is misguided, argued Neil McRae, BT’s Chief Architect. Building out infrastructure takes a long time and when the industry is accused of being slow that often relates to the pace of network coverage with a new technology such as 5G rather than with the development of services such as digital TV (in BT’s case, with the soon-to-be-offloaded BT Sport).

“Everyone wants it faster, but what is fast? How quick is quick? We signed a multi-hundred million pound deal with the Premier League before we even had a TV studio. We then built a TV studio, the largest in Europe, the most automated, with LED, fully IP-enabled for workflow, and we did it in four months. Anyone else done it quicker?” asked McRae rhetorically.

“The day before our Prime Minister called the work-from-home remit for lockdown, I did a deal with [a CDN] company called Qwilt and Disney was launching [its streaming service] in the UK in a few months’ time, yet we rolled the CDN out in the space of about two months and we were delivering Terabits of content within two months. How much more quickly do you want it?”

But not everything gets turned around that quickly.

“There are certain things we take our time on because we’ve got to live with them for 10 years”, McRae explained.

He likened network deployments to “the gears on a bicycle – if you get one of the lower layers wrong, then you’re always in a high-gear going uphill and it’s hard. So, am I going to take a bit of time on that? Yes, I am because it’s probably £300 million-to-£400 million worth of investment over the lifecycle”.

He suggested telcos need to be realistic about what quick means and whether it is going to make such a big difference in any given scenario, because, as he noted, “sometimes it does, sometimes it doesn’t”.

Another key thing in telcos’ agenda should also be listening to customers’ “pain points”. “If the pain point is big or challenging enough, they’ll realise it’s going to take time because if it was simple, they would have already done it themselves. We can always do it quicker, but if it takes a week longer and it would be 20 times better, which would you prefer?” he asked, adding that in most cases, customers opt for the latter option.

Another “very challenging” thing, noted the BT executive, is related to wrapping security around the network, “which can be very challenging... but the hard things aren't in the technology, the hard things are when [you say] ‘Hey provisioning team’ or ‘Hey customer, we're gonna need you to change this process just a little bit.’ And then the world stops,” noted McRae.

But there are things that can speed up certain developments, noted a few of the other speakers.

Marisa Viveros, VP of Global Technology Industry at IBM (pictured, third from left to right), noted that additional competition can light a fire under certain markets and be the catalyst for accelerated change and service innovation: One example she noted was in Japan, which was a very stable market before Rakuten Mobile decided to build a greenfield 4G/5G network, and while it’s still in the early stages of building its customer base, the impact of its arrival has been clear to see. She also noted that the introduction of Dish Wireless, with its greenfield 5G network in the US, is pushing the boundaries in terms of network rollout speed: Its network, which uses IBM orchestration tools, noted Viveros, is North America’s first cloud-based Open RAN 5G network.

And Cellnex Telecom’s Global Innovation Director, Jose Antonio Aranda (pictured, third from right to left), noted that infrastructure sharing can help speed up time-to-market of new services as well as help curb capex spending at a time when ARPU figures are not growing.

He suggested the sector should aim to have infrastructure that can be shared by three or four mobile operators in the same country, though that’s a view that should be expected from neutral host operator Cellnex, which manages tens of thousands of mobile towers around Europe that have multiple mobile service provider tenants.

But in these increasingly cash-strapped times, he added that the tower companies are very willing to invest to build out that shared infrastructure – he cited a potential figure of €160 billion in additional investment that could be invested by the tower companies.

He also sees opportunities in data centre sharing and, going one step further, server sharing within those data centres.

According to David Boswarthick, who is the Director of New Technologies at standardisation organisation ETSI (pictured, far right), things never seem to happen as quickly as they should.

He added: “I think good technology research is something that either solves a problem or provides a new service... we have this concept of ‘AI for good’ and ‘technology for good’. But what’s the point of having technology for the sake of technology? We need to make sure that the technology research and the standardisation actually fulfils a need. And that’s something maybe we didn’t do in the past... Now we’re looking at the hyperscalers, the open source community, and learning from them,” he noted, before concluding that the industry knows where it needs to go and it’s already on its journey.

Other insights into the telecoms innovation process were provided by Diego Lopez, Senior Technology Expert, Telefónica (pictured, first from left to right) at the event. (See Telefónica’s Lopez shares the recipe for telco service innovation at DSP Leaders World Forum.)

You can also watch the full session here.