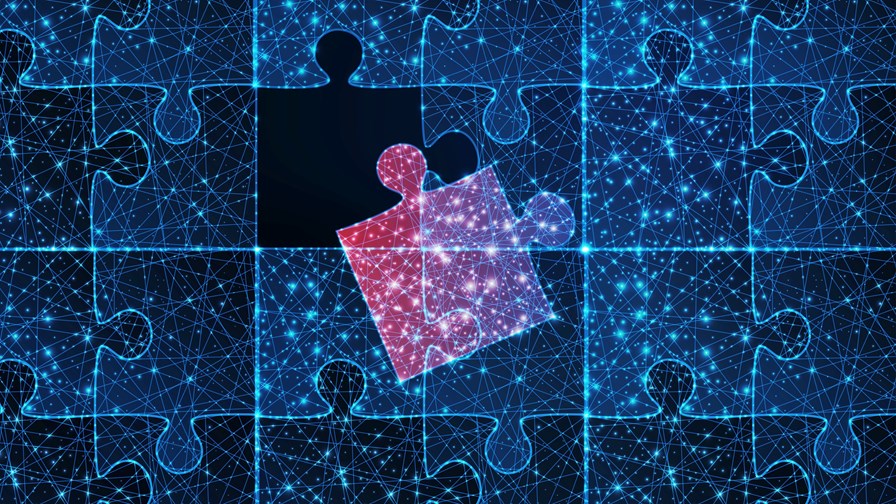 A New Year brings a new buzzword, the “Splinternet”. For years now some countries, including the usual suspects such as China, Iran, North Korea and Russia, plus others including the likes of Belarus, Singapore, Turkey and Saudi Arabia, have either toyed with the notion, or devoted massive resources to the construction, of their own particular, and particularly partizan, vision and version of the Internet that would allow the political establishment and leaders to manage access to the World Wide Web for reasons of social, economic, religious and geopolitical control and so help them remain in power and rolling in cash in perpetuity.

However, for more than half a century now, the Internet architectures have been designed to be robust, resilient and able to re-route themselves, thanks to deeply-embedded, tried, tested and proven technologies, and the very strong protocols, practices and communities underpinning the Internet’s ability to handle stresses and attempts to shut down constituent parts whilst quickly being able dynamically to recover its size, shape and internetwork communications services.

Some governments and despots will always try to limit and censor their citizens' access to knowledge, and some have been more successful than others. However, as history had demonstrated time and time again, keeping information away from the masses is getting ever more difficult. Think back to the registration and recording of all key impressions of every typewriter in the USSR for example, or the outlawing of fax machines in various counties. That didn’t work. However, in many parts of the world the denial of access by the population at large to mobile telecoms services did have seriously deadening effect, and yet news and the truth did, and does, eventually percolate through. Meanwhile, the determination to install and control a narrow, splintered, “approved alternative” version of the Internet remains the intent and dream of autocracies everywhere.

But what about the ever-lengthening and looming shadows of globe-spanning corporations that own and manage their own huge data networks whilst bearing no allegiance to anyone or anything except their top management and biggest shareholders, and have no purpose other than to grow ever bigger, richer and more pervasive? Well, last month the research house Analysys Mason published a comprehensive 58-page report called “Study on the Internet’s Technical Success Factors”. It was commissioned by “APNIC and LACNIC”, which are acronyms of the regional Internet address registries for the Asia–Pacific and Latin America and Caribbean regions. The bodies are concerned about which organisations, countries, interest groups and governments will attempt to define and impose the rules of internetworking in the years to come.

As the report makes clear, the Regional Internet Registries, APNIC and LACNIC, “serve a diverse community of network operators - those who literally build and run the Internet in our respective regions. The success of the Internet belongs to them, (and those in the rest of the world of course); and while undeniable, it is a success that we should not take for granted.”

The Analysys Mason report has it that the remarkable growth and strength of the Internet has four dimensions: the ability to scale to the ever-increasing demand from new users, the flexibility to adapt to new underlying network technologies, the ability to adapt to new applications, and immense resilience to shocks and changes. Thus, the Internet remains relevant in changing times, but as the report makes clear, there is a caveat in that “such relevance may be challenged by the increasing amount of traffic carried on private networks run by Big Tech, or rules imposed by governments.”

The report points out that the original designers of what eventually became the Internet had the wisdom and foresight to incorporate within the technologies “three critical guiding ideals, viz: openness, simplicity, and decentralisation.” These ideals were applied across three design principles: layering, creating a network of networks, and the end-to-end principle that places intelligence at the network edge and not exclusively just at the core. The concept is massively important, because applications can be loaded to, and in, connected devices without the need to change any network configurations.

If Big Tech go their own way, the Internet, as we know it, is doomed

With the emergence and increasing hegemony of the Big Tech companies come potential threats and risks to the Internet, especially that it is a given that an enormous amount of global data traffic now moves between data centres and the edge networks of those companies. As quality of service (QoS) concerns begin to impinge on such traffic (such as interactive gaming, video streaming, AR and VR) where the tradition of “best effort” is as bad as making no effort at all, quality standards will come under increasing scrutiny, not least because, under the terms of the extant “network of network” principles of Internet management, efforts to change IP would fail because of the immense investments already made to make the Internet what it is today.

The net result with a handful of huge private global network providers eventually carrying most of the world’s content and services could well be that Big Tech (and in due course, other multi-national corporations) will decide to do their own thing and effectively break away from the Internet as we know it to set up a much more centralised and rigid version of their own

The ramifications don’t bear thinking about. The rump of the Internet existing outside the purview of Big Tech private ISP networks would be very much the poor cousins, ostensibly independent but, in reality, highly dependent for their very existence on the proximity of any given user to any given private network, even as Big Tech construct their own protocols to the detriment of open Internet standards that have got us all to where we are today.

We’ll see how things develop over the course of 2022 whilst bearing in mind the conclusions of the Analysys Mason report, “The success of the Internet has turned it into the world’s most important system for connecting people and sharing information. The design principles of the Internet make it simple for anyone to connect a system to the Internet and use it to distribute any type of content. Any proposed radical changes… should be evaluated against their ability to maintain its dimensions of success. The Internet continues to develop while maintaining its success. New technical protocols replace or supplement existing ones, new network technologies are developed, and the network continues to adapt to new applications. Such developments are natural and necessary for the Internet to stay relevant. As the Internet continues to evolve, we believe it is important to recognise and maintain the guiding ideals and design principles that have contributed to the scalability, flexibility, adaptability and resilience that represent the dimensions of success for the Internet we know today.”

I’ll drink to that!