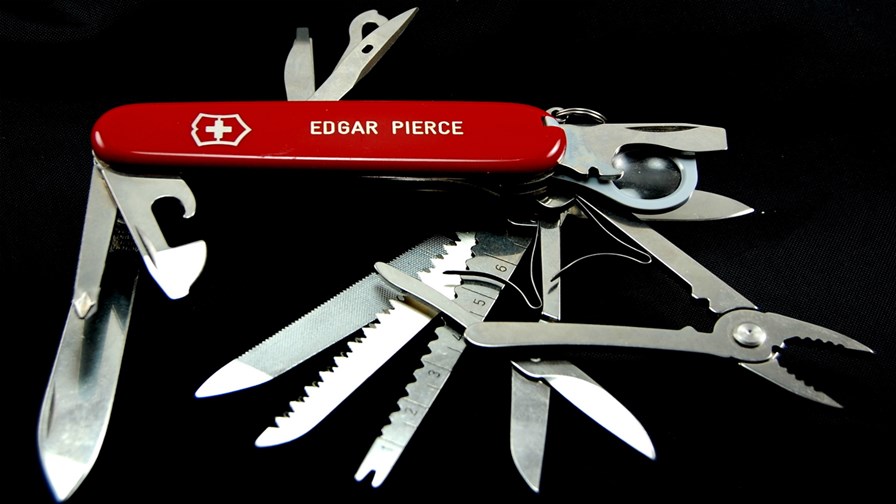 Happy 10th Birthday to OpenStack, the most widely deployed Open Source cloud computing software platform in the world - and it's free!

OpenStack has changed quite a lot since its infancy and over a decade has grown and matured as it evolved from being the new kid on the block to become a stable and trusted system that is the de-facto standard for the running of private clouds.

In the beginning there was a lot of hype around OpenStack (as there is about almost anything that emerges that might potentially disrupt the comms market) but ten-years-on the hype is, literally, a thing of the past. Today, OpenStack is established and used everywhere. Currently, the system is used to manage well in excess 10 million cores of computing power, and that number continues to grow daily.

What's more, and very importantly, OpenStack has also become the cloud of choice for telcos and DSP with likes of  AT&T, BT and others using OpenStack as the foundation block of their 5G networks

OpenStack's official birthday is July 21, 2010, but it first saw the light of day earlier in that year in the form of a joint venture endeavour between Rackspace Hosting and the National Aeronautics and Space Administration (NASA).

Rackspace, having concerns about the infrastructure code running on its "Cloud" servers had decided to rewrite it and was also mulling over the idea that it might make its existing Cloud code open source. Simultaneously, Anso Labs, a contractor to NASA, was heavily involved in the design and development of Nova, the computing power behind NASA's private cloud platform 'Nebula'. Later, NASA open-sourced the Nova "cloud computing fabric controller" code and by fortuitous happenstance the two projects, both of which were intended to orchestrate virtual machines and object storage, converged - and the result was the nascent OpenStack.

The basic idea behind OpenStack was the provision and availability of an open source cloud operating system and other software components that would enable companies and organisations to get away from the vendor lock-in that bedevilled the industry and delayed, and in some cases, even totally stifled innovation. OpenStack is most usually deployed as infrastructure-as-a-service (IaaS) in public and private clouds where virtual servers and other computing resources are open for anyone to use. The software platform itself comprises many components that can be accessed and applied to manage diverse multi-vendors hardwares, processing, storage and networking capabilities.

The first Design Summit was held in Austin, Texas, on 13 and 14 July, 2010 and the official formation of OpenStack was announced publicly on July 21, at a conference in Portland, Oregon. The rest, as they say, is history.

OpenStack continues to go from strength-to-strength. "Austin", the first OpenStack release, has been followed by 21 others (all of them being released on time and to schedule), the latest being "Ussuri" which was published in May this year.

The organisation oversaw two projects in 2010. As of today it is running 42 - with more to come. More than 10 million cores are in production and more than 500,000 changes have been merged with more than 8,000 individual developers authoring them. Every day, upwards of 900 changes are proposed and 18,000 tests are run to evaluate them.

The industry analyst organisation 451 Research calculates the OpenStack market will be worth US$7.7 billion by 2023 and that by then OpenStack usage will grow by 36 per cent in Asia, 27 per cent in Latin America, 22 per cent in Europe and 17 per cent in North America by that same time.

These days OpenStack is the system of choice for companies and organisations of all shapes, sizes and types across a myriad of vertical industries and sectors including aviation and aeronautics, banks, the entertainment and music industries, government departments, in research organisations, healthcare, insurance, railways, retail, transport, shipping, universities and, of course, telcos. It has been called "the Swiss Army Knife of private clouds' and is so popular because it ticks all the boxes for any organisation requiring the agility and flexibility that OpenStack's software-defined infrastructure can confer.

OpenStack enables better use of existing installed hardware; there's no rip-out and replace. Also, it doesn't lock-in users to particular vendors or expensive and complex support contracts. What's more it is a genuinely global community and ecosystem of developers and engineers. There are more than 100,000 of them across 187 counties and membership is accelerating and developers and has a vast global community of engineers (over 100,000 members across 147 countries and growing by upwards of 30 per cent per annum. Small wonder then that upwards 180 leading technology companies all over the world develop and build tools for OpenStack and the system is supported and used by the likes of AT&T, BT, Ericsson, Huawei, Intel and Red Hat.

That's not to say OpenStack didn't have and doesn't have its detractors, critics and competitors. Common complaints were that OpenStack is not as clean and pure as it likes to present itself to be; that it comes with its own baggage. Critics say OpenStack isn't so much a product as a set of independent technologies lumped together and marketed as a "suite"with items chosen from a menu. Users are then left to their own devices (see what I did there?) to decide how to mix and match the various components they have picked. They also claim that OpenStack is difficult to implement and deployments are unique in and of themselves and thus bear no relationship to any others anywhere else. (Some others might say that was the whole point in the first place). Meanwhile big OpenStack rivals including Amazon, Google, Microsoft and VMware are developing their own proprietary 'open stacks'.

Additionally, there was considerable disquiet in the market a couple of years ago when the popular OpenStack Summits we re-branded as "Open Infrastructure Summits." Rune readers and entrail rooters translated that as a tacit admission that OpenStack had had its time in the sun and the light was beginning to fade. It was the time when the Kubernetes hype-pipe was steaming away at maximum output and fogging up everyone's goggles - like hype-pipes always do. It was the period when Kubernetes was being described as "One ring to rule them all" and some people believed it - and that OpenStack's days were numbered as a result.

They were wrong. OpenStack has grown and matured into a sophisticated global system that is here to stay. It's mainstream. No doubt it will adapt as it ages but it has already amply demonstrated that it is no flash in the pan. Businesses, enterprises and organisations across the globe trust and rely on OpenStack to run their critical systems and applications. OpenStack has a bright future - an it's only ten!