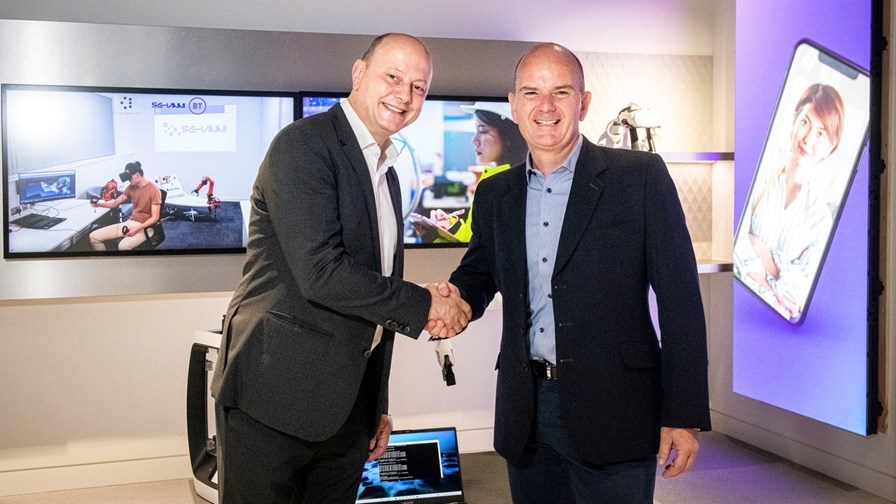 In today’s industry news roundup: BT and Atos combine forces to offer a connected computer vision solution for enterprises; Samsung unveils massive investment in sustainability efforts; Orange and its IoT partners team up to improve energy efficiency in France; Ericsson and Kore hook up for their own IoT push; and more!

BT’s Division X unit has teamed up with French IT services giant Atos to develop Digital Vision, which the partners say is a “computer vision solution that will help revolutionise industries, including manufacturing and logistics among others” by providing enterprise users with “a powerful AI-based analytics tool to extract value from their digital images and videos”. Digital Vision combines Atos’s Computer Vision Platform, which includes “pre-trained and customisable AI models developed by more than 300 computer vision experts” with BT’s edge computing capabilities and broadband (5G and FTTx) connectivity capabilities. “This partnership with Atos gives us access to the computer vision market for the first time, providing us the opportunity to play an even bigger role in the digital transformation of businesses around the world,” stated Marc Overton, managing director of Division X, which is part of BT’s Enterprise division. “Working together, we have been able to combine our skill sets to create an innovative platform that provides a host of potential use cases for facilities, such as smart ports and transport hubs, to retail and fuel forecourts, to manufacturers.” For more on the partnership, see this announcement.

Samsung Electronics seems to be putting its money where its mouth is. It announced a 7tn won ($5bn) investment into environmental initiatives by 2030, which include identifying new technologies to reduce process gases and pollutants, conserve water and collect electronic waste. The amount doesn’t include its commitment to switch to 100% renewable energy sources across its international markets outside South Korea within five years. Samsung also pledged to look for ways to boost resource circularity of its products and to reduce its power consumption, alongside exploring technologies that capture carbon dioxide emissions. Find out more about its new environmental strategy here.

Orange is also keeping sustainability high on its agenda, unveiling support for a company that designs and produces connected devices, which enable more responsible energy consumption for heating homes. The telco said that Tiko, a subsidiary of the French utility group Engie, plans to deploy 800,000 connected devices in France over the next five years, which will remotely control electric radiators via the Orange LTE-M network. Expectations are that this will save up to 35% in energy costs, at a time when many countries around the world are struggling with the ongoing energy crisis. The solution is backed by Sierra Wireless, Lacroix and STMicroelectronics, which are Orange’s partners in its IoT Continuum programme. See more.

Staying with the internet of things (IoT) discourse – Ericsson and IoT connectivity-as-a-service specialist Kore have joined forces to enable simplified global IoT deployments. As part of the tie-up, Kore will hook up with Ericsson’s IoT connectivity management platform, IoT Accelerator, to deliver its connectivity solutions and other management services. According to the network vendor, this will allow global enterprises to “seamlessly” expand their IoT offerings in the US and beyond. The pair believes the move will also aid enterprises in opening new revenue streams, reaching novel market segments and building sustainable global businesses. Read more here.

Thierry Breton, the European Union’s internal market commissioner, outlined in a blog post his vision for the metaverse, which he dubs “one of the pressing challenges ahead of us”. He insisted that any private metaverse should be built on interoperable standards and “no single private player should hold the key to the public square or set its terms and conditions”. He added that the European Commission has also launched a Virtual and Augmented Reality Industrial Coalition, which unites stakeholders from “key metaverse technologies”, such as software, platforms, 5G and cloud. And while the region is investing in technologies including photonics, semiconductors and new materials, Breton noted that EU, national and private funding should be pooled together to fully enable the metaverse vision. Finally, Breton noted that the metaverse will require much more data exchange and harvesting than ever before. Therefore, the commission will initiate “a comprehensive reflection and consultation” on the vision and business model of the connectivity infrastructure that will be needed to carry the data volumes. “In Europe, all market players benefiting from the digital transformation should make a fair and proportionate contribution to public goods, services and infrastructures”, he argued.

SK Telecom has moved a step closer to achieving its goal of developing the first commercial flying car operation in its domestic market of South Korea. Along with local company Hanwha Systems, the operator has partnered with the Jeju Special Self-Governing Province to launch a commercial pilot air-taxi programme on the island in 2025, Yonhap News Agency reported. Dubbed the K-UAM Dream Team Consortium, the union also envisions building “vertiports”, which are take-off and landing sites for urban air-mobility (UAM) vehicles, in addition to developing a traffic management system. Other local consortiums are also pushing for similar projects as part of the government-led K-UAM Grand Challenge to test UAM safety and traffic management features.

Tsai Ing-wen, president of Taiwan, has reportedly urged caution with regards to “volatile” challenges in the chipmaking industry, including uncertainty related to supply chains, but pledged that her government will work with the industry to overcome these hurdles. She assured an industry forum on Wednesday that Taiwan has proven its resilience in meeting challenges and that the local semiconductor sector can maintain its “world-leading” position, Reuters reported. The government has previously urged local chipmakers to establish plants in the US, a call which has already been answered by companies, such as TSMC and GlobalWafers.

Cloud communications platform giant Twilio is cutting its headcount by 11% as part of a restructuring plan “that is designed to reduce operating costs, improve operating margins, and shift the company’s selling capacity to accelerate software sales”, it noted in a filing with US financial regulator the Securities Exchange Commission (SEC). The move will cost the company between $70m and $90m. The SEC filing didn’t state how many staff would be affected but in its second-quarter financial report, Twilio noted it had 8,510 staff at the end of June, so the layoffs appear to be affecting more than 930 Twilio employees worldwide. In the second quarter, Twilio generated revenues of $943.4m, up by 41% year on year, but reported an operating loss of $311.9m compared with an operating loss of $202.3m a year earlier. Twilio’s share price has been sliding all year, losing more than 68% of its value, but news of the cost cutting gave the stock a lift – it was trading up by more than 7% at $77.60 on Wednesday afternoon.

US mobile operators invested almost $35bn into their networks in 2021, a record high, according to statistics from the latest annual report from trade group the Cellular Telecommunications and Internet Association (CTIA). The main driver for this is, of course, 5G rollouts and, according to the CTIA, 5G services are now available to more than 315 million US citizens, while one-third of adults across the country have a 5G device. According to the industry body, the US operators have pumped $121bn into their 5G networks since the initial services were launched in late 2018. It’s no wonder, then, that many of the big questions still to be answered about 5G are related to return-on-investment models. For more on the CTIA report, see this press release.